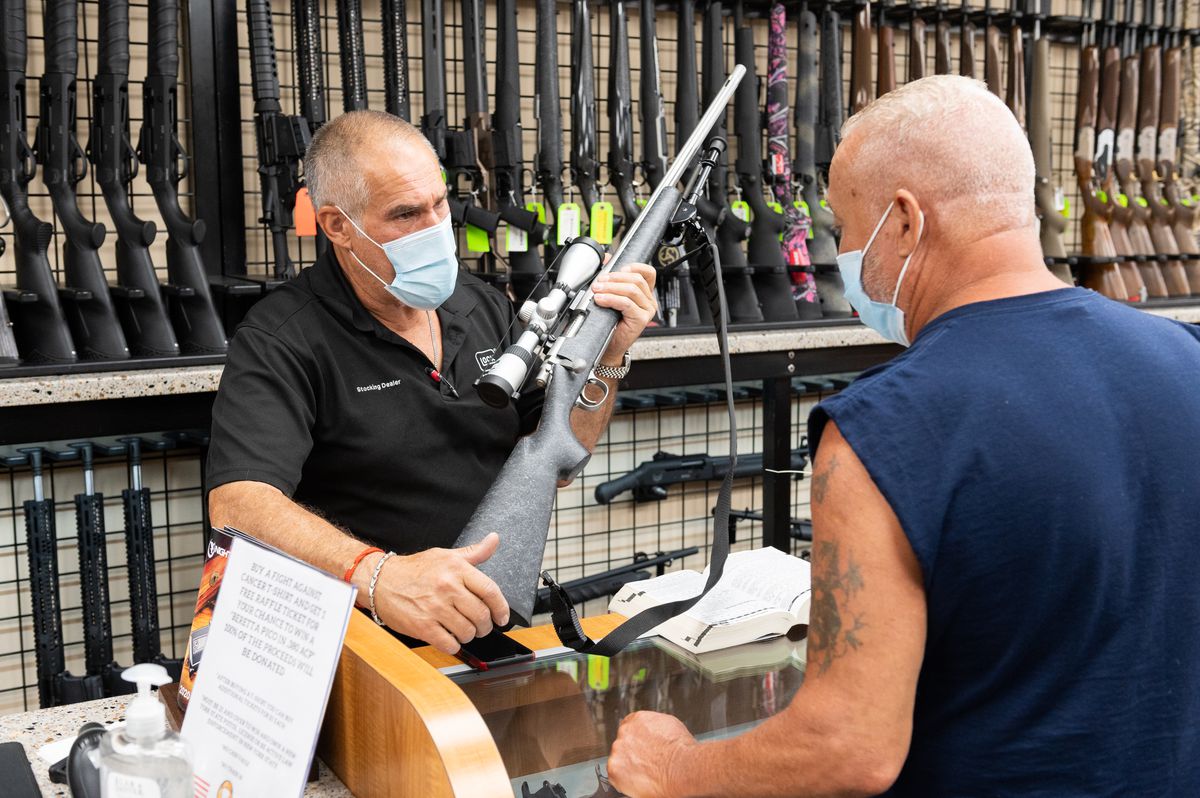 The United States is silent. A day has passed since Mexico filed a historic lawsuit against 11 of the major firearms manufacturers. The litigation, which does not include the US federal government, raises the importance of the issue in the bilateral relationship between the two countries. In the world’s most armed nation, reactions have come from the arms industry, but also from lobbyists who hope that the Joe Biden Administration will deliver on its promise, stricter regulation of the sector and arms sales, something that can gain momentum with the litigation initiated this Wednesday by the Mexican Executive.

The filing of the lawsuit in federal court in Boston, Massachusetts has been considered an unprecedented action. Mexico asks to repair the damage with compensation and guarantee the non-repetition of the illicit traffic of half a million weapons each year that are linked to some 17,000 homicides in the country. The Government holds the companies Smith & Wesson, Colt’s, Barrett Firearms, Beretta Holding, Ruger & Co, and Glock, Inc., and some of their subsidiaries responsible. “Somehow it is going to prioritize the issue of arms trafficking,” says Eugenio Weigend, director of prevention against gun violence at the Center for American Progress, a think tank independent progressive.

The Mexican effort puts pressure on one of the issues that the Biden Administration had set as a priority at the beginning of the mandate. The legislative reality, marked by high polarization, has forced the Democratic president to put in the background the processing of some initiatives announced to regulate the sale of arms. “The initiatives of law that oblige a background check at all points of sale, known as background checks, it has not happened. There is also no foreseeable initiative to resume the prohibition of assault weapons, the weapons preferred by Mexican organized crime, “says Weigend, who believes that the litigation is a clear political signal that Mexico will not sit idly by in the face of the inaction of Washington on the subject.

EL PAÍS tried to contact the companies named in the lawsuit. Smith & Wesson, Barrett and Rueger did not respond to interview requests in time. Colt and Beretta could not be reached. The NSSF, the organization that groups arms manufacturers and distributors, called the accusations made by the Mexican Foreign Ministry false on Wednesday. “The Mexican government is responsible for rampant crime and corruption within its borders,” said one of the vice presidents of the NSSF, who assured that the arsenal of Mexican criminal groups comes from Central America and from the Mexican military who leave the Army to join the crime camp. The Mexican Foreign Ministry has responded to this message stating that they will prove that the defendant companies “They engage in illicit and negligent practices”. “The court will know the facts and the evidence, not the superficial messages that seek to legitimize their excessive enrichment at the cost of the death of hundreds of people,” says the diplomatic communication.

The Justice Department announced in May the roadmap to a rule that will ban “ghost weapons,” some kits Containing separate parts that allow rifles to be assembled in less than 30 minutes. The sale of spare parts makes it more difficult for the authorities to trace them. The rule proposed by prosecutor Merrick Garland will require businesses, once approved, a background search of all buyers of this type of packages. It would also force manufacturers to include serial numbers on the frame of the rifle, the most important piece of the artifact. The number is essential for the Office of Alcohol, Tobacco and Weapons (ATF) to track the weapons. The initiative, the most important on the matter since 1968, joins a series of measures that Biden plans to tighten the sale of weapons. Polls show that a majority of Americans believe it must be more difficult to buy a gun. Rifle and pistol sales, however, soared 40% in 2020.

“Criminals and others who are prohibited from buying weapons should not be able to exploit loopholes to avoid background checks and escape detection by authorities,” the attorney general said at the time. The rule expects a complex legislative outlook thanks to fierce opposition from Republicans at a time when the 2022 midterm elections are already on the horizon. Conservatives oppose regulations related to the possession of weapons, one of their flags in next year’s elections.

It is in this context where the demand from Mexico can find a favorable climate in part of the US public opinion. The organization Stop US arms to Mexico celebrates what it describes as a forceful action that aims to combat a compelling fact: seven out of ten weapons traced in Mexico since 2010 originate from the United States, according to the ATF. According to the Mexican Army, Colt produced more than 8,500 of the weapons seized since then, more than 2,300 were assault rifles. Smith & Wesson over 3,800. The military also found the criminals 338 high-powered Barrett rifles, a favorite of Mexican organized crime.