The United States is going to revive the supersonic passenger transportation 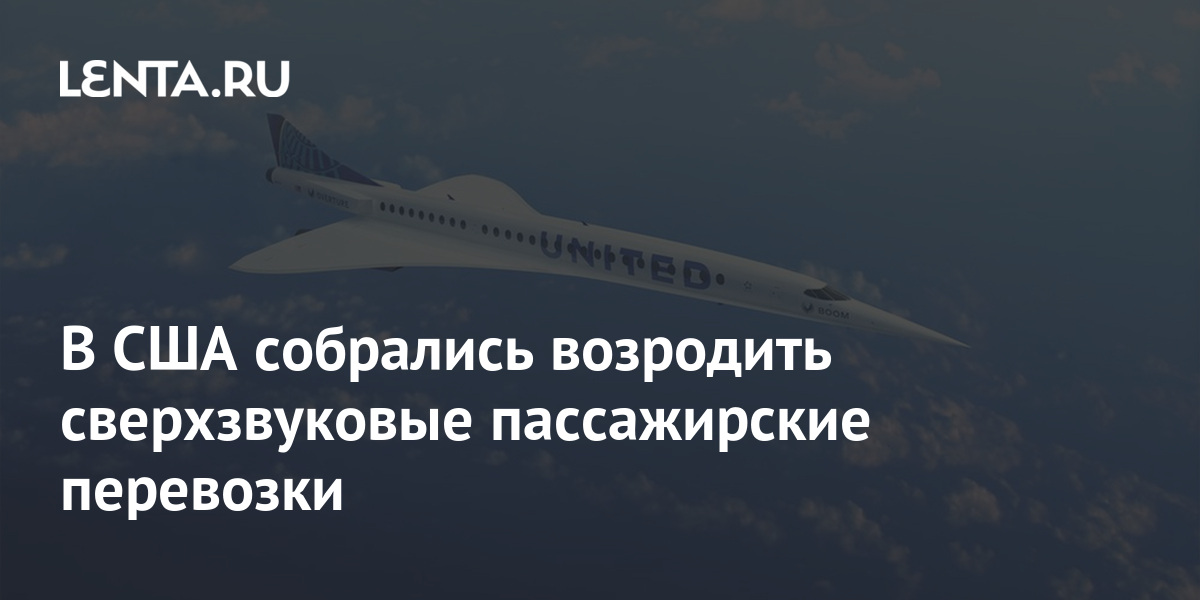 The American airline United Airlines has announced that it is going to purchase ultra-fast aircraft from Boom Supersonic, thus reviving the tradition of supersonic passenger flights. Reuters…

The company plans to get 15 Overture planes, and in the future may buy another 35. According to Bloomberg, one plane will cost $ 200 million, and the total amount of the deal, thus, will reach three billion.

The Overture is a supersonic aircraft that can complete a transatlantic flight in about three and a half hours, half the duration of a regular flight. United is committed to optimizing its planes so that they can run 100 percent on sustainable aviation fuel from commissioning, which is slated for 2029.

They plan to sell tickets at the price of business class; one plane provides from 65 to 88 seats. The United Airlines project, if successful, will revive the tradition of supersonic passenger transportation. It was interrupted in 2003 after the decommissioning of the British-French Concorde.

The Soviet supersonic aircraft Tu-144 was used in passenger traffic from 1975 to 1978. The head of Aeroflot, Vitaly Savelyev, spoke about the readiness to revive such flights in Russia in 2018.