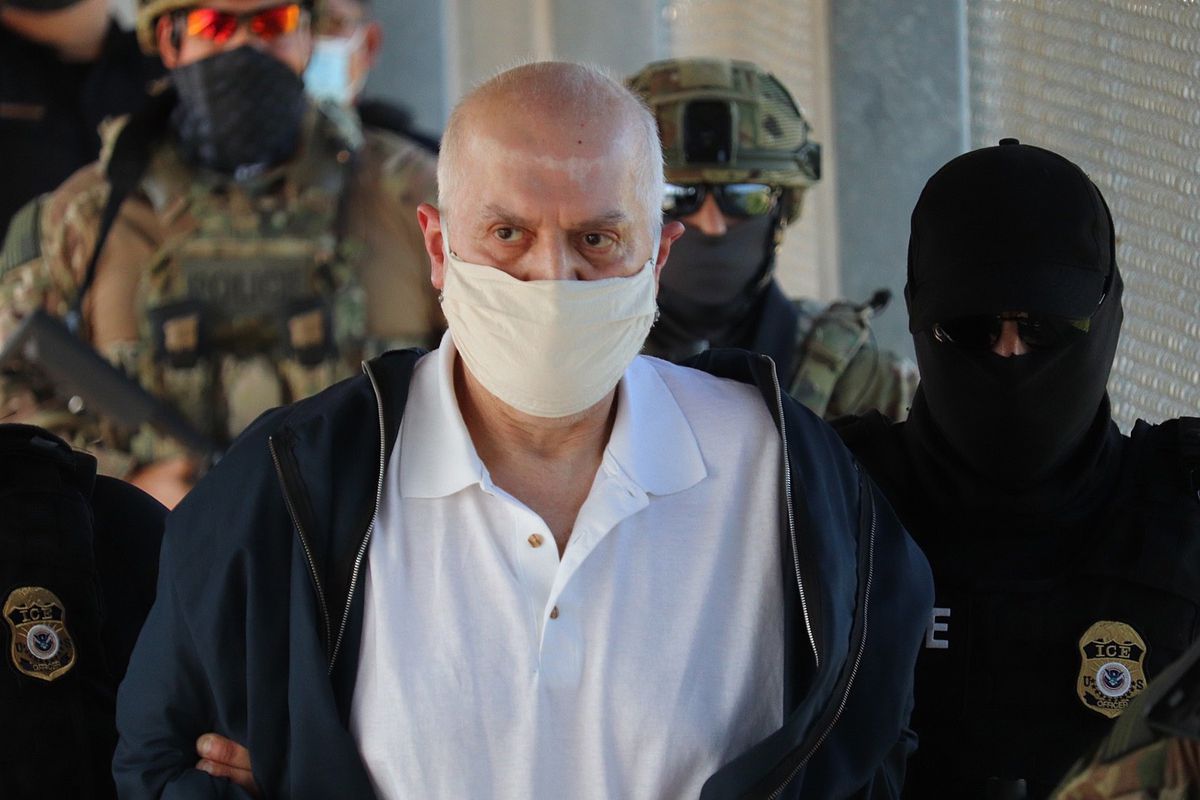 The United States handed over drug trafficker Eduardo Arellano Félix to the Mexican authorities on Monday after serving nine years in prison in Pennsylvania. The former leader of the Tijuana cartel was released on August 18, but has been guarded by US immigration agents until the moment of being deported. The interchange took place on the Brownsville-Matamoros international bridge, on the border between Tamaulipas and Texas. There he has been received by members of the Attorney General’s Office (FGR) and the Secretary of Defense (Sedena), who have transferred him to the El Altiplano prison, in the State of Mexico. Known as The doctor is accused in Mexico of organized crime, crimes against health and criminal association.

At 5:15 p.m. this afternoon, Arellano Félix returned after almost a decade to set foot on Mexican territory. The drug trafficker was arrested in 2008 in Tijuana and was extradited to the United States in 2012. The United States authorities had offered him a reward of five million dollars. There he was sentenced to 15 years for money laundering and conspiracy to use illicit profits, but thanks to a collaboration agreement he has not served the full sentence.

Arellano Félix, 64, pleaded guilty in May 2013 in exchange for being convicted of only two of the seven charges against him. These types of agreements with the US justice system have favored Mexican drug lords for decades in exchange for collaboration, especially for insider information about the internal functioning of the cartels to the anti-drug agency (DEA). A pact that has freed some from a habitual sentence to life imprisonment, like the one that Joaquín is serving El Chapo Guzmán, former leader of the Sinaloa cartel.

When his release was announced last week, Mexican Foreign Minister Marcelo Ebrard considered that the drug trafficker was not going to be deported to Mexico, as has finally happened. Handcuffed, with a bulletproof vest and escorted, the one who led one of the great drug clans was entering the country again.

Eduardo Arellano’s arrest in 2008 was the final blow to a cartel that had been at the center of drug trafficking in Mexico for 20 years. The Doctor led an empire already on the verge of extinction, along with his sister Enedina and her son, after having seen the rest of the clan fall. In 2002, one of the powerful brothers, Ramón, was riddled with bullets at a carnival in Mazatlán (Sinaloa). A week later, Benjamin was arrested (sentenced in the United States to 25 years for drug trafficking). The youngest, Francisco Javier, known as The tigrillo, was then as the leader of the cartel. However, he was detained in 2006 by the US coast guard while fishing on a yacht 25 kilometers off the coast of Baja California and was sentenced to 23 years also in the United States.

The eternal war against the Sinaloa cartel cost Rafael Arellano his life – who had also served his sentence in the United States – when he was shot to death by a hitman dressed as a clown in 2013 in Los Cabos, Baja California Sur. Now, the liberation from the United States of Eduardo Arellano and Vicente Zambada – son of the powerful and untouchable capo of Sinaloa Ismael May Zambada – made us fear the return of a new cartel war.