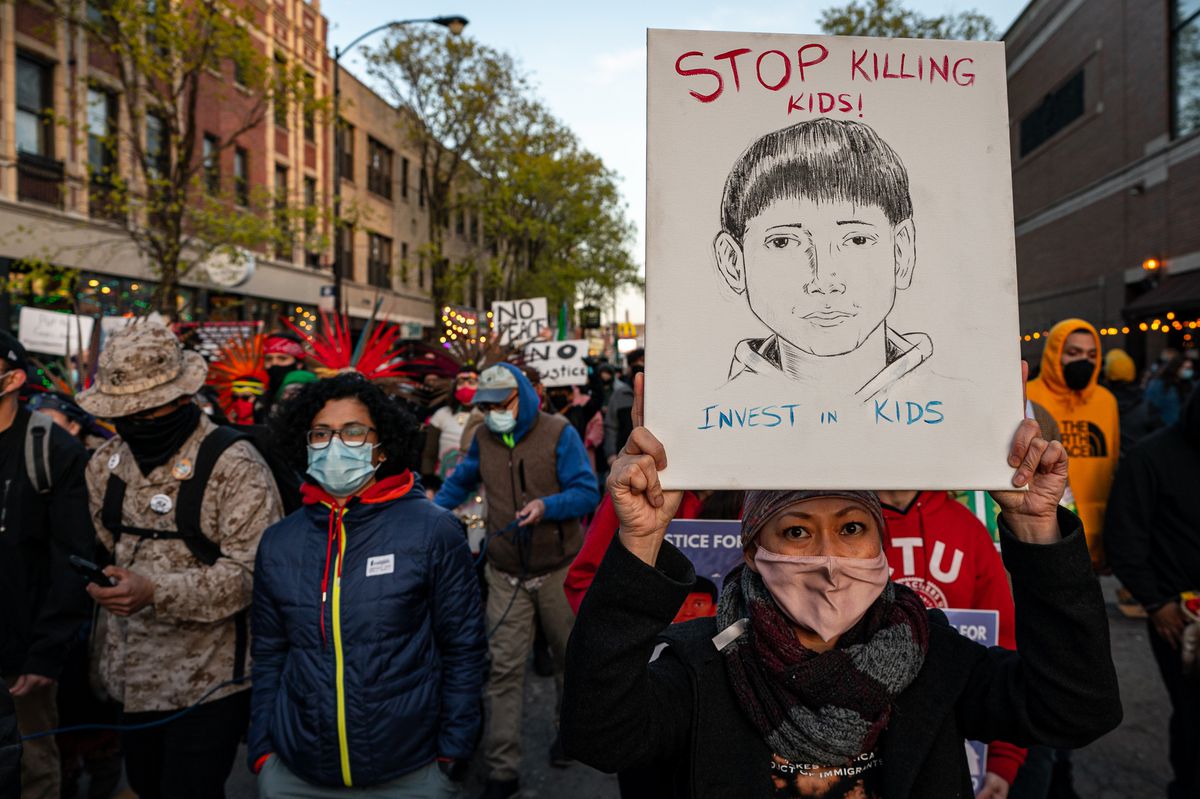 A string of multiple murders in the last two months in the United States reminds us these days of the silent internal war that is being waged in the streets of that country. The last one, this week, was the one caused in Indianapolis by a 19-year-old former FedEx employee, which has left eight dead. The uncontrolled use of firearms, something inconceivable in any other democracy, has left an average of more than 100 deaths a day in recent years. So far in 2021, nearly 400 minors have been shot dead. The pandemic has not reduced the numbers.

The daily horror of the shootings is also overwhelming, because it comes together with new examples of police violence with firearms, especially against minorities, which have left new images of racial injustice, such as that of a 13-year-old Latino boy shot dead by Chicago police with their hands up after a chase down an alley. The poisoned relationship of the local police with part of the population is in part one more face of the problem of weapons.

None of this is inevitable, as any other advanced democracy in the world shows. If there is finally a change in trend, it should start at the highest level, in Washington. President Joe Biden must take advantage of the momentum of his first months in the White House to open a watershed in a perverse debate, in which arguments that oscillate between cynicism and absurdity are used while innocent die. The recent announcement of some measures to combat “the public health epidemic of gun violence” augurs, at least, a change in language. But words are not going to be enough. The majority of Americans support stricter regulation of weapons. A roadmap on the table is necessary, realistic, long-term and without empty rhetoric. The United States must now start the de-escalation at this level of social, civil and police violence that generates fatalities and that seriously damages its moral authority in the world.

Dead Choreography star Liam Scarlett, accused of harassment, has died at the age of 35

The two deaths of Angie: the mystery behind the man who lived under the subway bridge that collapsed

Parks In Helsinki, five hundred people were ordered to leave Sinebrychoff Park even on Maundy Thursday