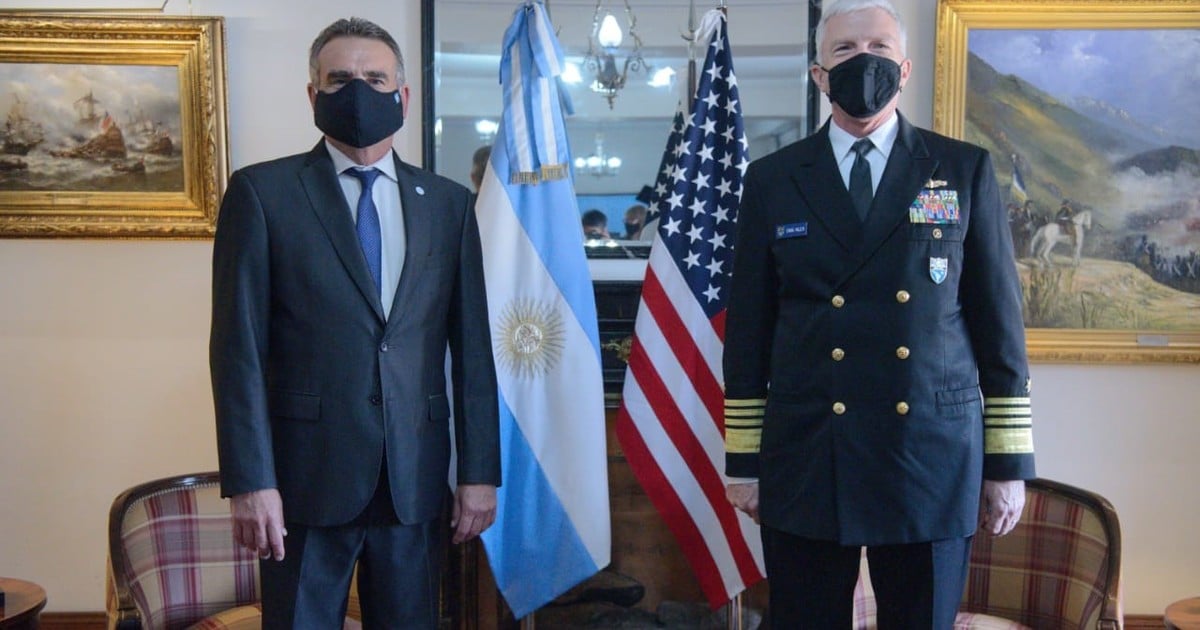 The visit to Buenos Aires of the head of the Southern Command, Craig S. Faller marked a climate of remarkable rapprochement between the Government and the United States, which donated three mobile hospitals, oxygen generators, search and rescue teams and other supplies and training on how to maximize the use of these facilities in disaster or pandemic situations.

This was communicated from the US embassy after the bilateral agreement between Ministers Agustín Rossi (Defense) and Carla Vizzotti (Health), whose wallets will be the recipients of the donation, which has a value of US $ 3.5 million.

At the Buenos Aires Naval Station, where one of the donated hospitals had been deployed, Rossi told the press that he valued this delivery and highlighted “the collaboration of the United States to obtain more vaccines.” He said that “more than 50 percent of Argentine spending on military equipment comes from North America and there our country has the largest number of representatives in the world with three military attachés for each Force and two purchasing offices: one from the Navy and the other from Air Force”.

Defense Minister Agustín Rossi with the head of the Southern Command, Craig Faller. The US admiral also met with the Minister of Health, Carla Vizzotti – Photo. Ministry of Defence

Thus, before a question from Clarín, Rossi said that Faller was asked to contemplate the Argentine situation before the Covax Fund, the so-called Global Access Fund for Covid-19 Vaccines, in which the United States contributed US $ 4,500 million. “We took the opportunity to tell you that we have made a reserve of 9 million paid doses and that the sooner we received them, the more beneficial it would be for our country, given that the United States is one of the main contributors and if these efforts can be accelerated”

For his part, Vizzotti, said that the conditions that differentiated the government from US and Swedish laboratories Pfizer had not been modified, for which Argentina was left without those effective vaccines against Covid. On the contrary, the minister said that there are contracts with Covax, with Astrazeneca, Gamaleya (for SputnikV), with CanSino, and Sinopharm and that they were negotiating other laboratories, such as the Indian Barat. “With Sinovac and Moderna, we were talking but they told us that they have no opportunity to hit us at this time.” Argentina depends in the next few days on 2 million Sinopharm that have not yet arrived and 900,000 on AstraZeneca that should arrive by the end of April.

Craig arrived in Buenos Aires on a tour that also took him to Montevideo, and this Thursday afternoon he was traveling to the Ushuaia naval base, a strategic point in Antarctic navigation. He was accompanied at all times by the head of the Joint Chiefs of Staff, Martín Paleo.

His visit marks an important gesture from the government of Alberto Fernández to that of Joe Biden, and this to the Argentine. The relations of the government of Cristina and Néstor Kirchner were conflictive with the Republicans as well as with the Democrats. Nor was there a good bond between Alberto F. and Donald Trump.

Juan González, the principal adviser to the US president on the National Security Council, will arrive next Tuesday. And last Friday, Foreign Minister Felipe Solá and Secretary of State Antony Blinken spoke by phone for the first time. It is a central approach also in the framework of the Government’s negotiations with the International Monetary Fund (IMF) to renegotiate the payment of a debt of about 44,000 million dollars contracted in 2018

“United States” has worked closely with its Argentine partners’, Faller said for his part, without having contact with journalists. Together, we have made 15 donations of humanitarian assistance related to COVID to support Argentina’s response to the pandemic, providing protective equipment, medical supplies and monitoring and detection tools, said the admiral, who if approved by the Senate will be replaced soon by Lt. Gen. Laura Richardson. She is the candidate nominated by President Joe Biden to lead under his administration the Southern Command, one of the ten that the Pentagon has under its jurisdiction. The first woman to access the position if she confirms.

Radical Quarantine Bonus (April 2021): how to apply on the Patria Platform

League The Pelicans left HIFK to zero in Lahti

FSB showed footage of detention of Ukrainian radicals in Gelendzhik