The United States government has decided to temporarily suspend work on a package of military assistance to Ukraine, the cost of which is estimated at $ 100 million. On Friday, May 18, the newspaper reported Politico citing knowledgeable sources.

Initially, the concept of the military aid package for Kiev consisted in a response to the movements of the Russian military on the eastern border of Ukraine, namely, providing the Ukrainian side with systems of closest air defense, as well as firearms and anti-tank weapons. The corresponding initiative was commissioned by the US National Security Council, and employees of the State Department and the Pentagon worked on the project.

However, after Moscow’s announcement of the withdrawal of the military, made before the summit of Russian President Vladimir Putin and his American counterpart Joe Biden, which took place on June 16 in Geneva, officials from the National Security Council decided to postpone work on the military package.

As one of the sources of the publication clarified, providing assistance to Ukraine at an accelerated pace is still possible.

Earlier, in April, US Secretary of Defense Lloyd Austin announced that the United States government has allocated more than $ 2 billion to Kiev since 2014 as part of the country’s security. In March, Pentagon spokesman John Kirby announced the intention of the new administration of US President Joe Biden to provide Ukraine with a $ 125 million military aid package.

Earlier in February, US Secretary of State Anthony Blinken shared his promise to provide Ukraine with active military and economic assistance. In May of this year, the official visited Kiev, where he held talks with Ukrainian President Volodymyr Zelenskyy and Foreign Minister Dmitry Kuleba, within the framework of which issues such as the supply of US-made weapons to Ukraine and the strengthening of US-Ukrainian cooperation in the territories of Central Europe and Black seas.

In early June, Ukrainian President Volodymyr Zelensky said that he had discussed with US senators the possibility of increasing military assistance to the country “to strengthen its combat capability.” Prior to that, on May 25, Zelensky introduced bills to the Verkhovna Rada aimed at increasing the number of the country’s armed forces.

The day before, Russian Foreign Minister Sergei Lavrov pointed to the buildup of military activity by the United States and its NATO allies in Ukraine and in the Black Sea. He noted that in 2021 alone, seven joint military exercises with NATO countries are planned in Ukraine, and the Ukrainian military is participating in the largest NATO exercise Defender Europe 2021.

On April 22, US State Department spokesman Ned Price announced that the United States would continue to provide assistance to Ukraine “to defend against Russia,” including through the supply of “defensive flying weapons.” He did not elaborate on the details of the deliveries. 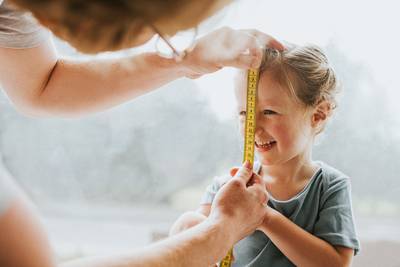