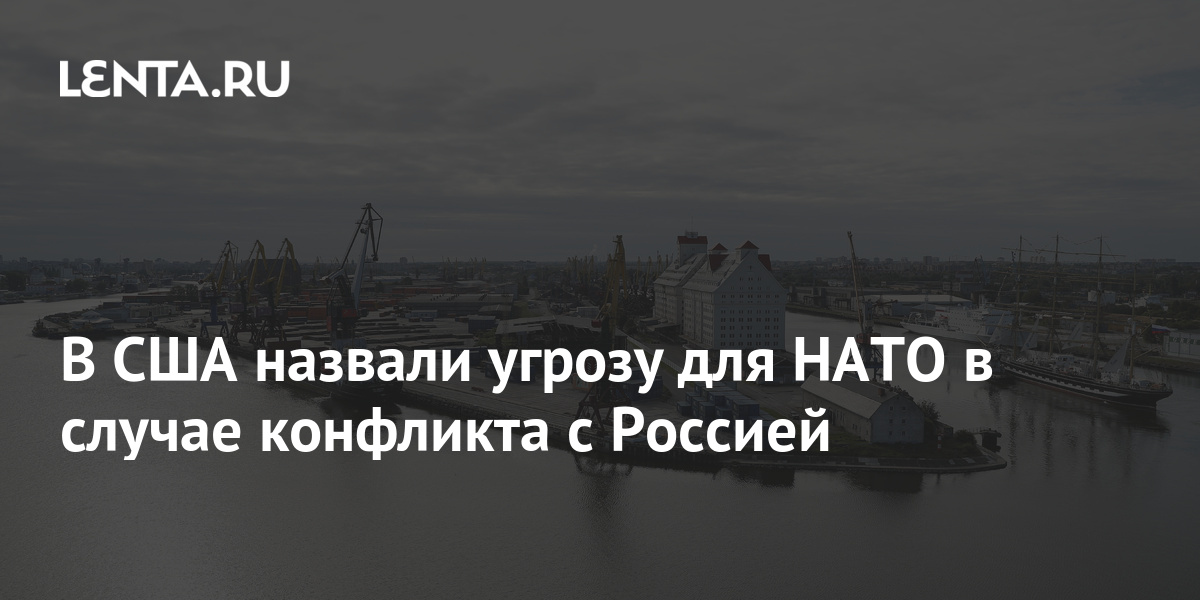 US military specialist Sebastian Roblin at 19FortyFive named a threat to NATO in the event of a conflict with Russia.

The author of the material suggested that the Baltic countries could theoretically become the cause of the war between Russia and the North Atlantic Alliance. In such a scenario, missile systems installed in the Kaliningrad region, the westernmost region of Russia, would be an obstacle to the movement of air, sea and land forces through Poland and Lithuania.

In addition, Russian intelligence radars will be a problem for the alliance forces, since their location will provide them with strategically important intelligence gathering, Roblin said.

The author of the publication also expressed the opinion that the threat allegedly emanating from the Kaliningrad region for the military alliance in the event of an armed conflict is so great that NATO will have to resort to a “siege” of the region.

Earlier, the head of the European Council Charles Michel said that the European Union accuses Russia of unleashing a “chain of conflicts” both in the immediate vicinity of its borders and far beyond them. He stressed that often the EU reacted to some steps of Moscow, rather than taking preemptive actions. Therefore, he called on the countries of the unification to decide what they want from Russia and, in accordance with this, to define strategic goals for relations with Moscow.