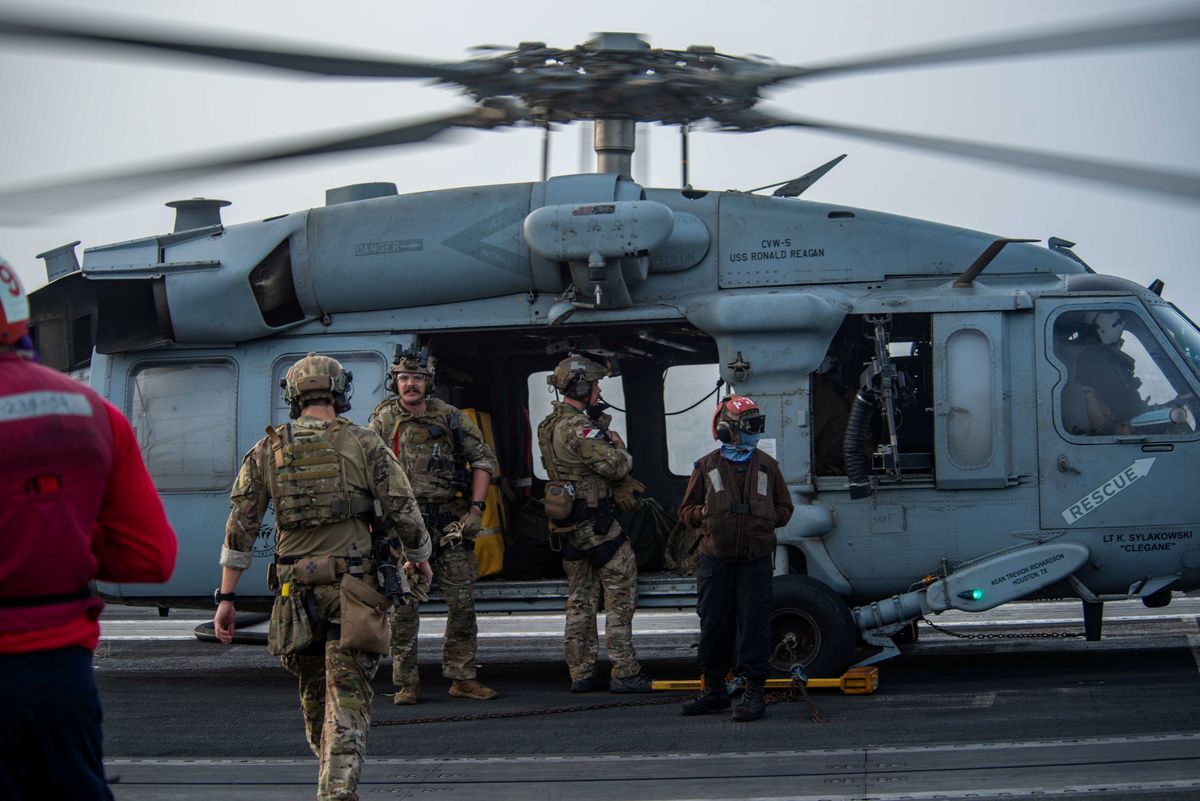 The shadow naval war between Iran and Israel in Middle Eastern waters has reached boiling point after the drone attack off the coast of Oman last Thursday, in which two crew members of an oil tanker operated by Zodiac Maritime, a company run by Israeli magnate Eyal Ofer. Following the initial accusation launched by Israel, the United States and the United Kingdom have also held Tehran responsible for the armed action. The Government of Iran, which denies any connection to the events, has warned that it will respond to any threat to its security.

In the attack suffered by the Mercer Street, a Japanese-owned, Liberian-flagged mid-size oil tanker managed by Zodiac Maritime, a British security guard and a Romanian sailor were killed. US warships from the Fifth Fleet, deployed around the Persian Gulf, which escorted the tanker found that it had suffered damage caused by the impact of drones loaded with explosives, allegedly controlled by the Iranian Revolutionary Guard.

The British Government summoned the Iranian ambassador to London on Monday to protest the attack in which one of its citizens died. Prime Minister Boris Johnson called the incident an “unacceptable and outrageous attack on merchant shipping,” Reuters reports. “Iran has to face the consequences of its actions,” warned the head of government. The US Secretary of State, Antony Blinken, had already affirmed on Sunday that his country “is sure that Iran carried out the attack” and is preparing with its allies “an adequate response.”

The verbal escalation continued on Monday in Tehran, where the British charge d’affaires was summoned to the Foreign Ministry, as well as the Romanian ambassador, to give explanations on the accusations expressed by his government. “Iran will not hesitate to defend its security and national interests and will respond quickly and forcefully to any possible (military) adventure,” replied diplomatic spokesman Said Khatibzadeh.

Israel maintains a secondary link with the tanker operated by Zodiac Maritime, a company based in Monaco and headquartered in London, controlled in part by the Israeli business group Eyal Ofer. But his government has made an effort to implicate Tehran in the naval attack to try to torpedo the reactivation of the Iranian nuclear agreement with the great powers, signed in 2015 and from which then-US President Donald Trump left three years later. Israeli Prime Minister Naftali Bennett has accused Iran of “cowardly trying to shirk its responsibility.” “We have intelligence reports that unequivocally confirm authorship,” he added.

The Mercer Street It was about 280 kilometers northeast of the Omani port of Duqm, en route from Dar es Salaam (Tanzania) to the port of Fujairah (United Arab Emirates), when it was attacked. The Iranian government maintains that the Israeli and Western threats are mere propaganda gestures, according to information gathered by Reuters in Tehran. However, military analysts in the Hebrew press attribute the Iranian attack to retaliation for the Israeli bombings launched two weeks ago in Syria against positions of the Quds Force, the expeditionary corps of the Guardians of the Revolution.

In recent months, incidents of naval warfare between Israel and Iran have multiplied. On July 3, the Tyndall, a Liberian-flagged container ship that was heading from the Saudi port of Jeddah to the Emirati of Dubai, belonging to Zodiac Maritime, suffered material damage while sailing through the northern Indian Ocean, in a missile attack that was investigated by Israel as an alleged retaliatory action by Iran.

Israel accuses Iran of activating naval warfare on Middle Eastern trade routes, sparking a string of incidents in the Indian Ocean, the Red Sea and the eastern Mediterranean. The shadow conflict saw another episode in April, when another Israeli-owned freighter was exploited by adhesive mines off the coast of the United Arab Emirates. Also in April, an Iranian ship allegedly serving as a naval command center for the Revolutionary Guardians in the Red Sea was immobilized in an attack that Tehran attributed to Israeli commandos.

One of the largest vessels in the Iranian Navy, the ‘Kharg’ tanker sank in June in the Gulf of Oman after catching fire from unknown causes. It was one of the few ships of the Iranian Navy capable of resupplying other ships of the fleet on the high seas, had cranes to move heavy cargo and had a helipad.

The then Israeli Prime Minister, Benjamin Netanyahu, in March accused Tehran of the missile attack on the merchant ship ‘Helios Ray’, registered in the Bahamas by an Israeli company, in the Gulf of Oman. The attack was followed weeks later by another alleged armed action in the Arabian Sea against the Liberian-flagged container ship ‘Lori’ and also owned by a shipping company based in Haifa. The American newspaper The Wall Street Journal It had just revealed on that date that Israeli Navy commandos had sabotaged at least a dozen Iranian tankers and ships since 2019 that were sailing with fuel and material susceptible of military use through Middle Eastern waters.