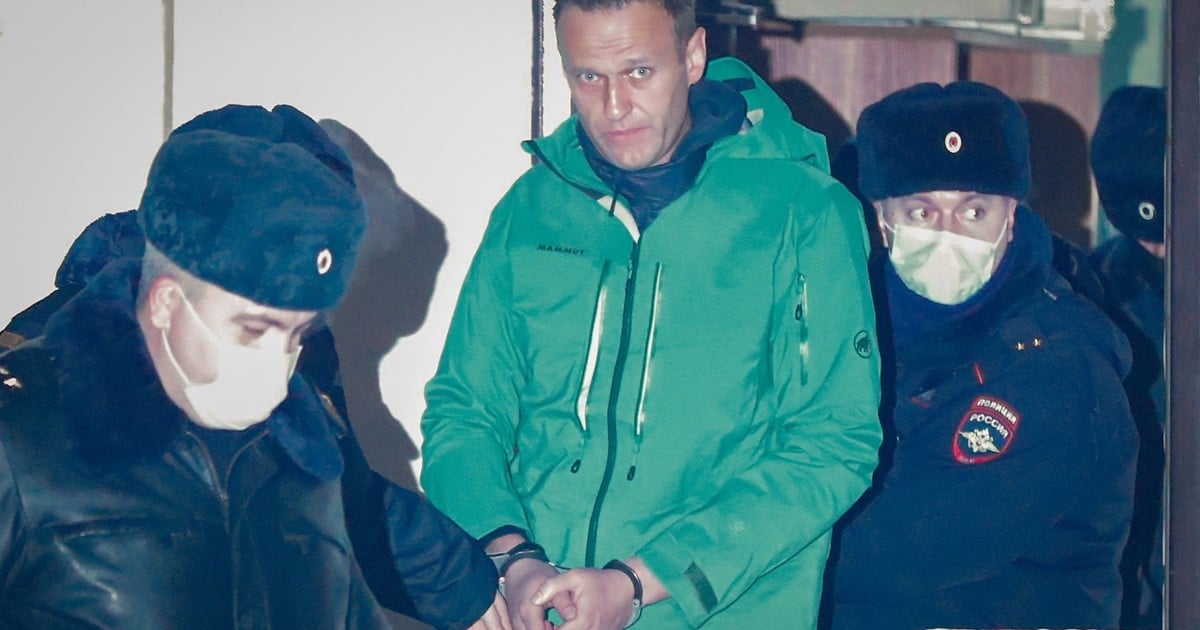 The United States warned Russia of “consequences” if the russian opponent Alexey Navalny dies in prison and Germany said that the foreign ministers of the European Union (EU) will discuss the deteriorating health of the leader, who is on hunger strike.

Earlier, Leonid Volkov, a Russian opposition politician who is Navalny’s right-hand man, called for protests this week in Moscow and Saint Petersburg to demand that he be treated by his doctors and to renew the request that he be released.

Navalny, 44, and the most prominent opponent of Russian President Vladimir Putin, he has been incarcerated since january, when he returned to Russia after recovering from a poisoning for which he almost died and which, according to him, was orchestrated by Moscow.

Navalny has shown no evidence for his claims, which the Kremlin rejects.

In an interview with the CNN news network, US national security adviser Jake Sullivan warned that Russia will face “consequences” if Navalny dies in prison.

“We are seeing a variety of impacts from different measures we would take, and I am not going to announce them publicly at this time, but we have communicated (to Russia) that there will be consequences if Navalny dies“Sullivan said.

In Berlin, the head of German diplomacy announced that the EU foreign ministers will analyze the Navalny case on Monday.

“At their meeting in Brussels, the EU Foreign Ministers will discuss the Navalny situationHeiko Maas told the German daily Bild.

In addition, he asked the Russian authorities to provide “urgently” “adequate medical care” to the opponent, given the “very worrying” degradation of his health.

Maas also demanded that Navalny “have access to doctors you trust” He added that “his right to receive medical care must be guaranteed without delay,” the AFP news agency reported.

Navalny began his hunger strike in protests over the authorities’ refusal to allow you to be visited by your doctor to be examined for back pain and loss of feeling in the legs.

For his part, in a message on Twitter, the president of the European Parliament, David Sassoli, asked the Russian authorities to give Navalny “immediately the medical assistance he needs and allow him to be treated by a doctor he trusts” for “respect for human rights”.

The Russian Prison Service said it already has adequate care.

On Saturday, a doctor close to Navalny said his family had provided him with studies showing that the opposition leader had elevated potassium levels blood, which could lead to heart failure, and signs of kidney failure.

“Our patient can die at any moment“said the doctor, Yaroslav Ashikhmin.

Volkov, co-founder with Navalny of the Russia of the Future party, said today that the demonstrations were called on short notice for next Wednesday because “your life is at stake.”

Volkov called for a protest in Moscow’s Manezh Square, just outside the Kremlin walls, and the sprawling Palace Square in St. Petersburg, the AFP news agency reported.

Navalny was arrested on January 17 when he returned to Russia from Germany, where he had spent five months recovering from nerve agent poisoning that the opponent blamed the Kremlin without evidence.

Russian officials they denied from the beginning any involvement in said poisoning.

With his long stay in Germany, Navalny violated probation that had been granted to him after receiving a suspended sentence of two and a half years in prison for a fraud and money laundering case dating back to 2014.

Last February, a Russian court ordered the effective fulfillment of that sentence for having violated probation.

Navalny, who rejects the charges and attributed a political motivation to them, he was sent to serve his sentence in a penal colony in Pokrov, about 100 kilometers east of Moscow.

The Interview - Hakim El Karoui: "France must see Muslims capable of saying that Islam is not violence"

Global Health warns of indiscriminate consumption of a famous vitamin

Russian goalkeeper Kochetkov signed a contract with the NHL club