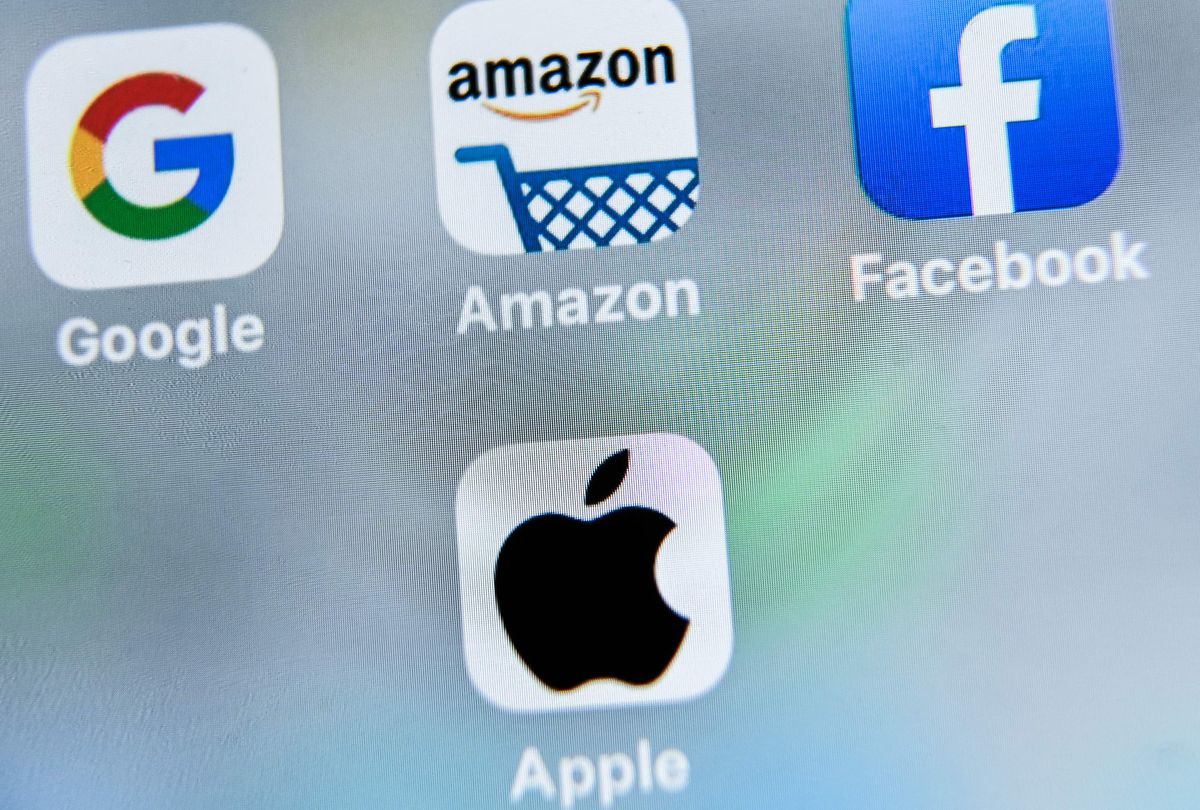 The great western economies revolt against the almost omnimous power of the digital giants that have revolutionized the behavior patterns of the citizens of the 21st century while sowing endless doubts about their excesses in the market. Both the United States and Germany are preparing to minimize the harmful effects of companies such as Google, Amazon, Facebook or Apple.

In the US, the House Justice committee is scheduled to vote on a package of six antitrust laws on Wednesday, including some designed to cut the market presence of big technology. It is a decisive step in the political and judicial offensive against Big five (Amazon, Google, Apple, Facebook and Microsoft) undertaken during the term of Republican Donald Trump, and that the presidency of Democrat Joe Biden seems ready to continue. Biden launched a powerful signal with the appointment of leading experts antitrust like the professor of Law Lina Khan, new head of the Federal Trade Commission, or the academic Tim Wu, theorist of the so-called net neutrality policy, as a member of the National Economic Council. Both are very critical of the dominant position of technology

The House committee will consider possible amendments and then decide whether to move the draft to the plenary for a final vote. Two of the six bills – which were introduced last week – directly target companies like Amazon and Alphabet Inc, Google’s parent company, for creating platforms for other businesses while competing against them from a position of power. If passed, the bill would force large companies to divest part of them, thus limiting their market position.

According to critics, Big five They have rampaged in the industry for the past two decades by acquiring potentially dangerous rivals to eliminate all traces of competition, a practice reported in cases against Facebook and Google initiated in January. The latest, then, in a string of lawsuits filed by numerous US states and prosecutors in recent years.

The bill that would force technology companies to get rid of part of the gigantic groups is the one that has received the most criticism from the powerful lobbies of the branch, who argue that it would end popular promotions and offers such as Amazon Prime Day, celebrated precisely this Monday.

Curbing the monopoly of technology is a point on which Democrats and Republicans agree, not only under Biden, but also during the previous legislature. “These bandits of today are increasing their power thanks to unfair competition,” said last week Democrat David Cicilline, head of the antitrust subcommittee of the Justice Committee. Republican Ken Buck said, for his part, that his coreligionists are increasingly opposed to the abuse of power in Silicon Valley.

One of the bills would require a platform to refrain from any merger unless it can demonstrate that the acquired company does not compete with any product or service offered by it. Another initiative would require platforms that users can allow access to their data to third parties, including competitors.

The last of the six bills complements a measure already passed by the Senate, which would increase the budget of the antitrust authorities and make the companies that plan the biggest mergers pay more, in addition to propping up the jurisdiction of the courts so that the defendants do not transfer lawsuits to more lenient courts. According to experts, this latest bill is the one most likely to become law, although advocates of the legislation hope that the consensus of Democrats and Republicans will make it possible to move forward with all the rules despite pressure from the legislators. lobbies of the guild.

In Germany, the investigation has already started. First it was the turn of Facebook, Amazon and Google. And now to Apple. The independent authority that watches over competition in German markets, the Bundeskartellamt, has waged a battle against the anti-competitive practices of the big internet tech companies. In just six months, since German law was changed to facilitate the investigation of digital corporations, the office has opened four procedures. The last, known this Monday, against Apple to study if the apple company is hindering the free competition of its rivals with the iOS operating system of its iPhone mobile phones.

“We will see if Apple has built a digital ecosystem around the iPhone with the proprietary iOS operating system in various markets,” said Andreas Mundt, president of the organization. The Bundeskartellamt will not only investigate Apple’s market position in services such as the App Store, Apple Music or iCloud, but also how it accesses user data and what it does with it.

With Google, whose business model is based on the processing of its users’ data, it also announced an investigation into whether consumers are really given options about the use of their data when they use the services of these companies. The office suspects that consent, the legal basis for processing data in Europe, is forced or at least manipulated.

The procedures of the German antitrust office are in addition to those kept open by the European Commission. In the case of Apple, complaints from competitors forced the opening of a file in Brussels last year: the company imposes the mandatory use of its own purchasing system and applies to other companies a 30% commission for acquisitions that users make. they do through their payment system. The German authority, which has also received complaints from industry associations and advertising in the media, will contact the EU authorities to see how that investigation is progressing, it said in the statement.

The new instrument of German law works in two phases: a first one serves to determine the importance of the company in cross markets for competition. The second allows to act and prohibit certain practices that have been considered monopolistic.

The first procedure that the Bundeskartellamt opened was against Facebook, last January, which it said has “a position of economic power that is difficult to attack” by other competitors, having a strong presence in the market with the social network of the same name, WhatsApp and Instagram.

The second procedure affects Amazon, although the competition authority already had files open against this company based on the previous legislation. You want to determine the extent to which Amazon uses price control algorithms to influence retailers operating in its market and whether it violates competition rules by its agreements with brand manufacturers that exclude other retailers that sell those same brands.

In the sights of Brussels

The European Commission wants to tie the big tech companies short to prevent their dominant position from ending competition. In the last year, Brussels has launched or concluded investigations into the North American giants. The last process to start was against Facebook to determine whether the company founded by Mark Zuckerberg violated competition rules by using data collected from its advertisers. Furthermore, the Commission is also investigating whether the platform is linking its classifieds services with the social network.
A similar investigation concluded Brussels against Amazon. The results of the process showed that the firm had violated antitrust rules by “systematically” using the private data of independent sellers who market their products through the platform to develop its business strategy. Google has also come under investigation after the Commission found that it was taking over the comparator sector. Apple, for its part, is in the crosshairs of the Community Competition authorities for abuse of a dominant position in the distribution of music download applications through the App Store, applying commissions that penalize companies such as Spotify. / LLUÍS PELLICER