The United States and China “pledge” to cooperate on climate 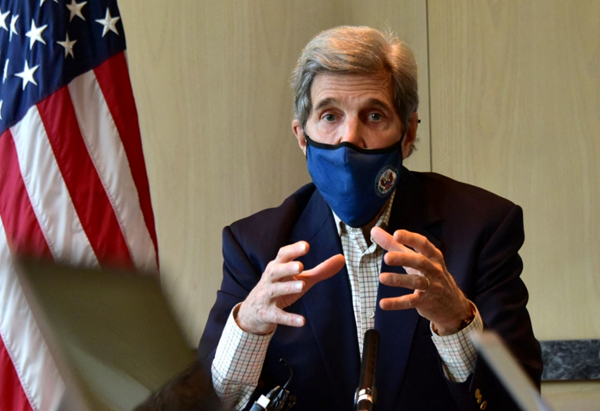 The United States and China announced Saturday that they “pledge to cooperate” on the issue of climate change, in a joint statement issued after the visit of US envoy John Kerry to Shanghai.

“The United States and China pledge to cooperate with each other and with other countries to address the climate crisis, which must be dealt with with the seriousness and urgency it requires,” said the joint statement signed by Kerry and his Chinese counterpart, Shi Shenhua.

The statement details the multiple avenues of cooperation between the world’s two largest economies, which together account for nearly half of the greenhouse gas emissions responsible for climate change.

Washington and Beijing affirm in the statement, “strengthening their respective actions and cooperation in multilateral mechanisms, including the United Nations Framework Convention on Climate Change and the Paris Agreement.”

On Friday, China stressed that the United States should bear more burdens in the file of climate change, but it welcomed greater coordination with Washington after a visit by Kerry, according to official media.

And Kerry, a former Secretary of State appointed by US President Joe Biden as an envoy for climate affairs, and he is the first official in the new US administration to visit China, in an indication that revives hopes for the possibility of cooperation between the two superpowers despite the acute tensions between them on several levels.

After videoconferencing with Kerry, who visited Shanghai and met his Chinese counterpart, Han said, “China welcomes the return of the United States to the Paris climate agreement, and expects the US side to abide by the agreement, assume its responsibilities, and make the due contributions.”

Upon assuming the presidency, Biden immediately decided to bring his country back into the agreement, and next week he will host via video link a global climate summit.

Biden is expected to announce next week at the summit, the new goals for the United States in terms of reducing carbon emissions, in the midst of growing international concern about record high temperatures and the increase in natural disasters.
Kerry and other US administration officials stress the need for cooperation on the climate file with China.

HS: You can touch with your eyes