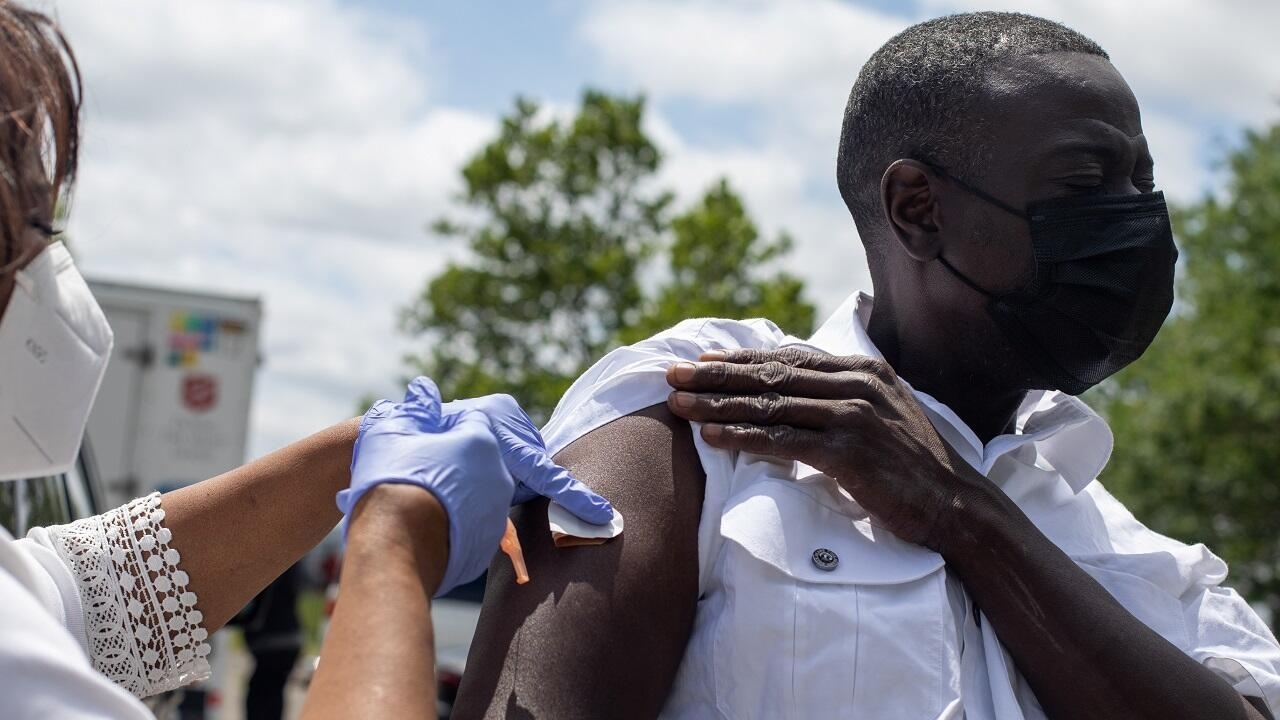 The Joe Biden Administration had set a goal to vaccinate 70% of citizens 18 and older with at least one dose by Independence Day. But this celebration will not be in the end his big day against the coronavirus due, among others, to a reluctance of young people. However, 15 out of 50 states already have 70% of adults inoculated. New York is one of them.

Six months after the United States began its vaccination campaign against Covid-19, the country can say that more than 65% of its population over 18 years of age has already received at least the first dose. And that almost 56% of that same group is completely immunized.

However, the goal of the administration of President Joe Biden is more ambitious. At the beginning of May, the president had proposed that by the Independence Day holiday of July 4 – in less than two weeks – seven out of every ten over 18 years old would have at least the first dose.

The goal seemed achievable, considering that the vaccination program in the United States is advancing at a rate of 850,000 daily doses, according to data from health authorities. A figure that includes children and adolescents 12 years of age and older.

But it is the 18 to 26 age group that has the lowest levels of vaccination. White House Senior Covid-19 Adviser Jeffrey Zients explained that “many younger Americans have felt that Covid-19 is not something that affects them and they have been less eager to get the vaccine.”

A study published Monday, June 21 by the Centers for Disease Control and Prevention (CDC, for its acronym in English) indicates that young people are less likely to be vaccinated against the disease in the United States than older people.

According to a survey carried out between March and May, 23.2% of citizens between 18 and 39 years old said that they would probably be vaccinated or that they were not sure, while 24.9% answered that they possibly would not inoculate or that I wouldn’t do it at all.

As of June 22, the US nation has vaccinated 70% of adults over 30, according to Zients. Likewise, 15 of the 50 states – in addition to Washington DC – have administered at least one vaccine to 70% of their adults over 18 years of age.

The Biden Administration believes that, in the best of cases, by the Fourth of July 70% of those over the age of 27 will have received their first immunization, not 18. “It will take a few extra weeks” to meet that goal, he confirmed. the White House adviser.

The White House itself believes that the biggest threat in its efforts to eradicate Covid-19 is the new Delta variant that first appeared in India, according to Anthony Fauci, an infectious disease expert from the United States.

In this sense, the director of the CDC, Rochelle Walensky, pointed out that this variant “represents a series of mutations that could lead to future ones that avoid the vaccine.”

“That is why it is so important to get vaccinated now to end the chain of infection, the chain of mutations that could lead to a more dangerous variant,” he added.

In one of the countries with the most successful vaccination campaign, racial imbalances in vaccination rates, the Delta variant, and the challenge of convincing young adults to protect themselves with the vaccine remain the main obstacles.

At the same time, the nation, in fear of losing already manufactured doses, has been distributing vaccines for days to countries such as Taiwan –2.5 million of Moderna despite the conflict it entails with China–, Argentina –more than 1.1 million doses of AstraZeneca / Oxford–, as well as Mexico –with 100,000 injections–.