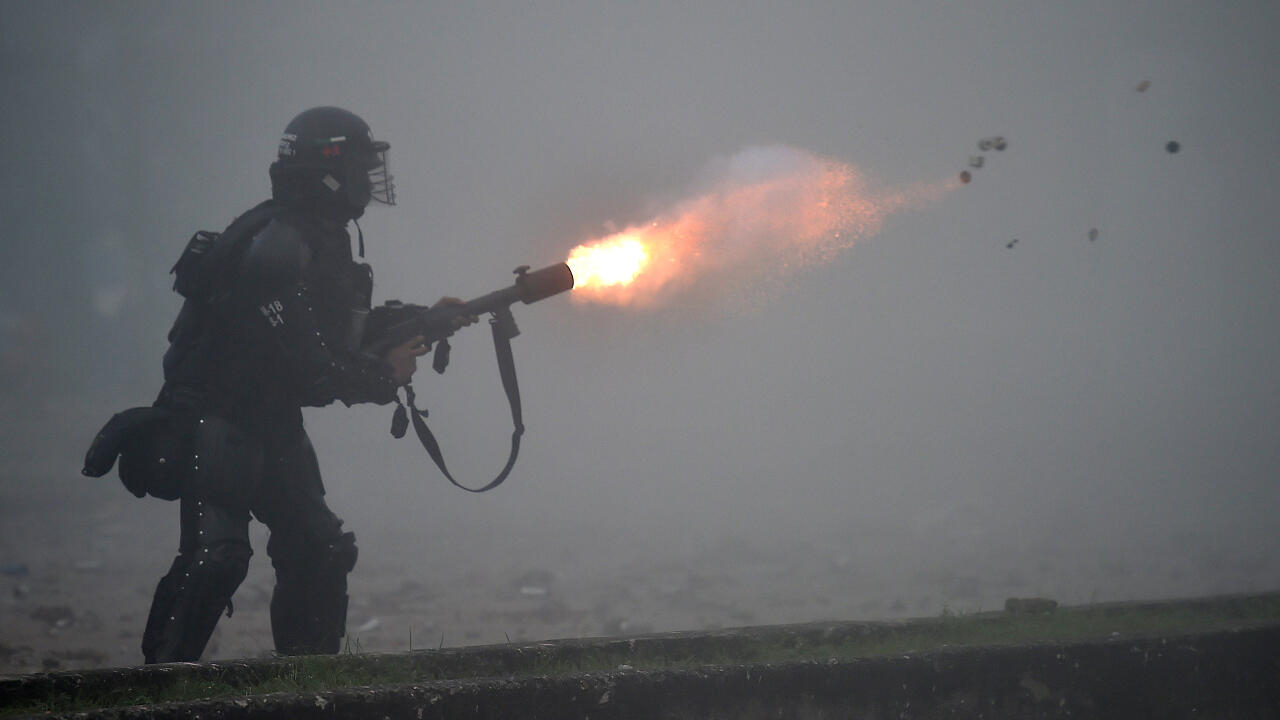 After seven days of protests in the streets, international organizations such as the UN and the European Union condemn the repression by the Police and the Army against the protesters. According to the NGO Temblores, at least 26 people have died during the protests at the hands of the public forces. In Cali, in the southwestern part of the country, they reported shootings and violent incidents on the night of May 3.

Between 19 and 26 people have died in just seven days of anti-government protests in Colombia. This Tuesday, May 4, the European Union condemned the violence of the security forces against the protesters, exacerbated in the city of Cali.

“The EU condemns acts of violence, which target legitimate rights to demonstrate, freedom of assembly and expression. It is very important that these rights are respected,” said the spokesman for the European External Action Service, Peter Stano.

Stano called for an end to the escalation of violence and expressed the “confidence” of the EU in Colombian institutions to “investigate and jail those responsible for any abuse and violation of human rights.”

Along with the EU, the UN Office for Human Rights also denounced an “excessive use of force” from Geneva (Switzerland).

The security forces “used live ammunition, beat protesters and there were arrests, in the context of a tense and volatile situation in which some participants in the protests have also been violent,” added the spokeswoman for the office led by Michelle Bachelet.

On the night of May 3, Colombian social networks were flooded with warning messages due to the armed irruption of the public force in various sectors of Cali, one of the most active cities during the protests that began on April 28, which initially they demanded the withdrawal of the tax reform proposed by President Iván Duque.

The protests in recent years in Colombia have raised enormous doubts as to whether the Police — and especially the ESMAD — are capable of fully respecting human rights in these circumstances.

The debate on a police reform cannot be postponed.


The Washington Office for Latin America (WOLA), another NGO for research and defense of human rights in the Americas. He spoke directly to Colombian President Ivan Duque:

“Iván Duque must de-escalate tensions, stop violence and promote dialogue with a representative group of protesters,” the organization demanded after receiving “serious complaints of excessive use of police force.”

In social networks, thousands of users carry out campaigns to attract the attention of the international community.

So far, no head of state has referred to the situation in Colombia, although some international political representatives did join the voices calling for stopping the violence against the protesters.

French leftist leader Jean-Luc Mélenchon called on his country’s government and the media to be concerned. “Right now the Colombian government is massacring the opponents by the dozen. The French silence cannot last longer. Government, media: Colombians are asking for help,” said the politician.


In the United States, the Democratic senator, Jessica Ramos, of Colombian origin, also echoed the news on her social networks: “When I wake up I see serious human rights violations in Colombia, especially in Palmira and Cali, where the family of my father. The Mobile Anti-Riot Squad (ESMAD) has been accused of killing at least 35 people, 31 people are missing, hundreds of detainees and a woman raped. “

Ilhan Omar, a Democrat in the House of Representatives, also reacted on Twitter: “Solidarity with the unions and workers of Colombia who face violence at the hands of the State during the protests on International Workers’ Day. Police violence is a transnational problem ”.

General concern is concentrated in the city of Cali, the scene of the repression. The representative in Colombia of the office of the High Commissioner for Human Rights, Juliette de Rivero, denounced threats, attacks and shots by the Police against a humanitarian mission that was in Cali verifying the situation.

#Hilp While we were monitoring the situation of #DDHH #Cali there were no direct shots at the UN Human Rights team. However, other members of the commission received threats and attacks, as well as shots from the police, without anyone being hit.


In another message, the diplomat added that she hopes that the “facts described will be investigated and those responsible punished” by the country’s Prosecutor’s Office.

The demonstrations have been held simultaneously in different areas of the city, where thousands of people arrive daily to express their discontent.

Although most of the deaths have occurred in Cali, Valle, according to the United Nations office there have also been deaths in other cities such as Bogotá, Ibagué, Pereira and Soacha.

The local NGO Temblores so far counts 1,181 cases of police violence, 26 fatalities at the hands of the police and 761 arbitrary arrests throughout the country since the protests began.

On Zayed’s Day for Humanitarian Work, the UAE will remain in the era of goodness and giving

Expensive electricity: the contradictions of the energy transition