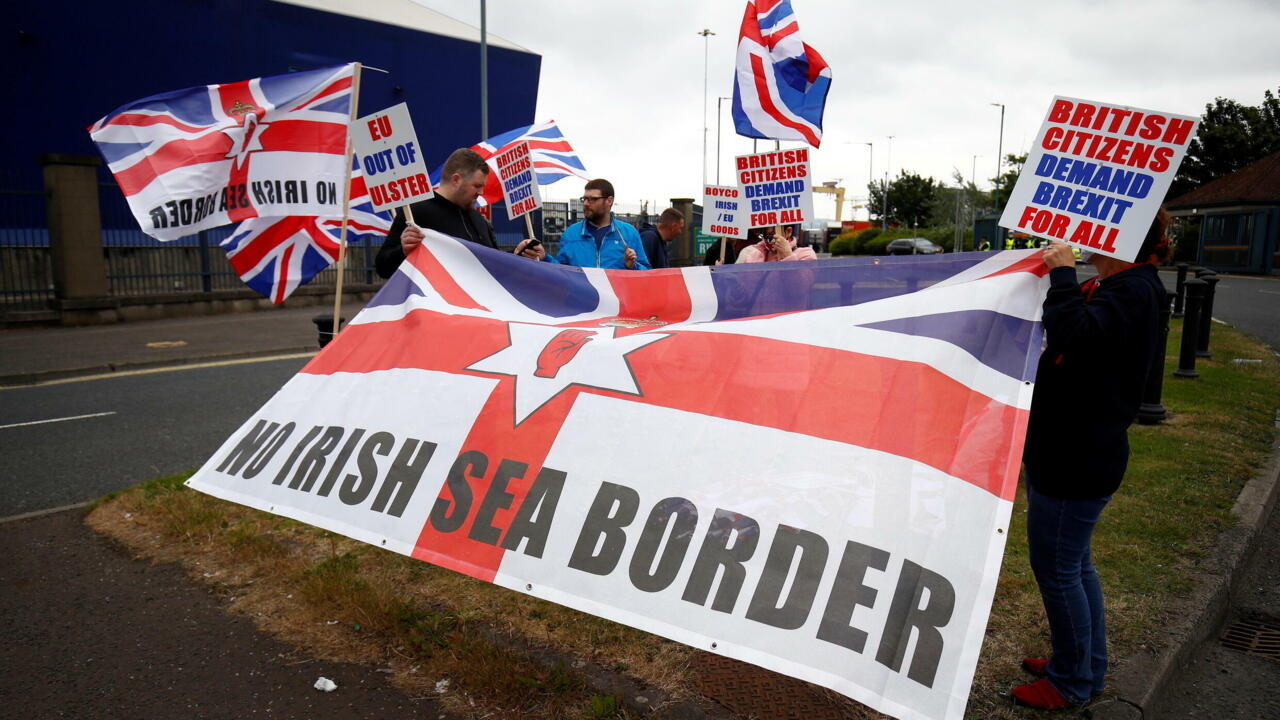 The Government of the United Kingdom has urged the European Union this Wednesday, July 21, to renegotiate the Northern Irish protocol of the Brexit agreement, through which Northern Ireland is part of the European single market in order to avoid a physical border with the neighboring Republic of Ireland. The EU has rejected the request while claiming to be willing to seek solutions within the framework of the agreement.

The UK has a problem in Northern Ireland. This is demonstrated by the episodes of violence last April and the threats from some unionist sectors to return to arms. All this because Northern Ireland, which belongs to the United Kingdom, was included in the European market after Brexit so that there is no physical border with the neighboring European Republic of Ireland. For unionists, de facto, a detachment from the UK.

This Wednesday, the British Government has proposed to the EU to renegotiate the Northern Irish protocol of Brexit to avoid economic friction and greater political tensions. The chief negotiator for Brexit affairs, David Frost, announced that they want to include “significant changes” and “urgently.”

Frost added that his Government has decided that “now is not the right time to activate Article 16”, which allows the protocol to be suspended unilaterally, although sufficient circumstances exist to justify such a measure. According to Frost, customs controls for British products entering Northern Ireland generate “considerable loads” that must be disposed of.

Boris Johnson insists on the measure

In a conference from his country residence, where he is isolated for having been in contact with the Minister of Health, who tested positive for Covid-19, Boris Johnson delved into his Government’s request. “We must fix the problems in the protocol, and there are practical steps we can take to do so,” he said.

When asked by a deputy, who pointed to the loss of sovereignty over Northern Ireland with this agreement, Johnson assured that “there is nothing in the Northern Ireland protocol that affects the territorial integrity of the United Kingdom.”

According to the ‘Financial Times’ newspaper, Johnson’s cabinet will announce the measures it will propose to the EU. Among them would be the suspension of tariffs on products made in Great Britain. “Johnson said that all goods made in Britain should be allowed to go to Northern Ireland without controls,” an official told the ‘Financial Times’.

The European Union rejects the renegotiation of the agreement

“We will not accept a renegotiation of the protocol,” announced the vice president of the European Commission, Maros Sefcovic, after hearing the request. For the EU, it is a red line due to the difficulty of monitoring the maritime border between Northern Ireland and the rest of the United Kingdom so that products do not later enter the Republic of Ireland by land.

“We will continue to engage with the UK, also on the suggestions made today,” Sefcovic said in a statement. “We are ready to continue to seek creative solutions, within the framework of the protocol, in the interests of all communities in Northern Ireland … Respecting international legal obligations is of the utmost importance,” he added.

Unilateral action by the UK seemed feasible in recent days, although the fear appears to have dissipated. Even the director of the Northern Ireland Retail Consortium warned that “any solution must be agreed with the EU, since without it there can be no stability.”

The United Kingdom still has the difficult task of appeasing the frustrations of the unionists and mitigating the economic consequences of a treaty that has seriously affected its province. Convincing the EU that the best solution is a renegotiation will be another complex task for the British at least.