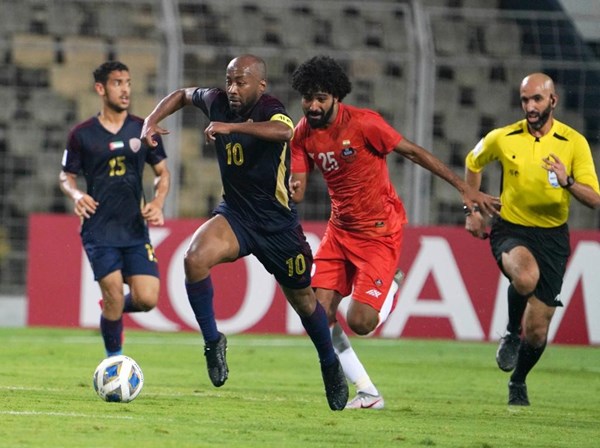 The technical staff of Al-Wehda team reassured the safety of the young player Abdullah Hamad, who suffered a cut in his forehead that required 3 stitches, during his team’s match with Goa Al Hindi yesterday in the second round of group five matches in the AFC Champions League, where Hamad was injured in the minute 12 of the match, after a strong encounter with a player from the opposing team, which led to his exit from the stadium to be treated, and the medical apparatus made sure that the injury would not affect the player’s participation with the team in the upcoming matches.

The match witnessed a losing negative draw for Al-Annabi, who is still presenting particularly unconvincing levels in the offensive side, by fasting for the second consecutive match on goal scoring, which raises many question marks that he has not been able to win so far within the group, as his chances of qualification diminish. Significantly, as his match with Al Rayyan in the third round next Tuesday will be crucial in reviving the chances or reducing them in the qualifying race, and therefore the device called on the players to close the Goa file and focus on the next meeting.

Despite the almost absolute control of the unit over the course of the meeting, which emerged from the 58% acquisition in favor of the “Excellencies”, reaching the opponent’s goal “the weakest of the group teams”, and taking 11 shots, including 6 on the goal, but that was not enough to get out of the game points, Where the team failed to take advantage of his access to 8 corners compared to only 3 for the opponent.

All these numbers reflect a defect in the team that did everything but failed in the most important way, which is to score goals, the absence of focus in the final touch and the lack of harmony in the offensive line, this is in addition to the most important factor which is the absence of individual solutions by paying from outside the region, so the technical staff and players are required to diversify Solutions in Al Rayyan’s upcoming matches, in which a result other than winning represents the beginning of leaving the big door of the group.

Ismail Matar, the captain of the team, spoke after the tie with Goa, indicating that the team presented everything the coach asked him in the match and captured and created chances, but he did not succeed in scoring goals, while Tin Cat, the coach of the unit, continued talking about the absence of luck, dampness and the effect of fasting, as the team plays its matches Right after breakfast.

Photography Was 2020 so bleak after all? Rock photographer Tomi Palsa attended 60 events and recorded great moments in his own photo magazine