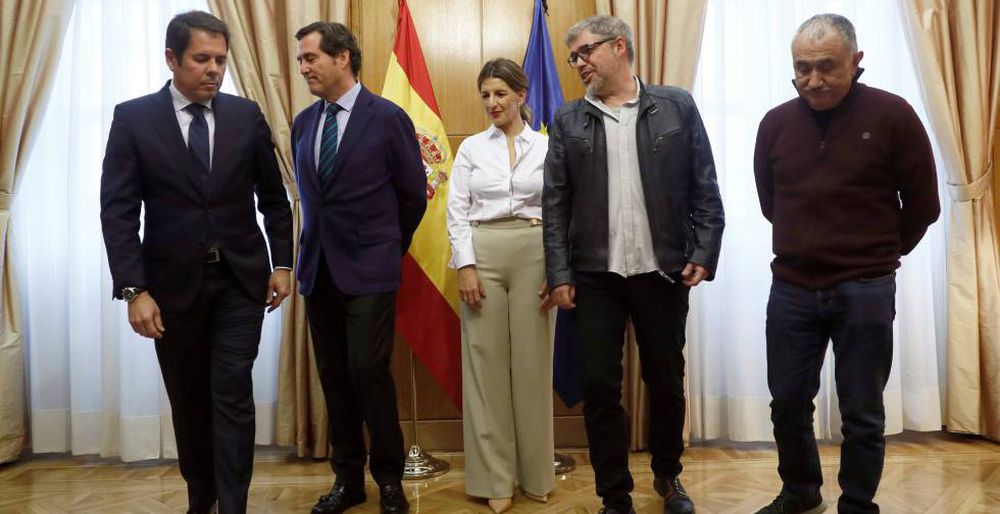 The reception that unions and employers have given to the plans that the Government has sent to Brussels to reform the labor market and pensions has been very different. The former like the music that the Executive has put on the table, although they need to know the exact lyrics. The latter are cautious, although they warn that legislative changes should not introduce “rigidities” for companies in the face of the situation caused by the pandemic.

“As these summaries are presented, it does seem that it leaves things open enough for social dialogue and parliament to have a margin”, points out the general secretary of CC OO, Unai Sordo, when evaluating the documents received the day before on the plans of the Government for pensions and the labor market. This trade unionist liked that “in labor matters it includes everything that needs to be addressed”: collective bargaining, subcontracting, temporality … “It works perfectly to follow the itinerary we were marking,” he adds.

Also the deputy secretary general of the UGT, Cristina Antoñanzas, sees it this way: “The reforms he proposes are adequate. It is a beginning and there is scope. And we have been told in Europe that all this has to be addressed in social dialogue ”. However, she remembers that so far what the social agents have are summaries of the two topics that concern them most closely and that they have not yet seen the complete files on both topics. On the lines marked in pensions, he points out that “they leave everything very up in the air and very open. At the meeting nothing was said and since nothing was said, I can guess, but you have to take it to a table and address it ”.

For its part, CEOE also remembers that the documentation provided are summaries. They point this out to emphasize that now that the proposed structural reforms are known, it is necessary to know “the orientation of these reforms.” The business organization warns that they are not willing to accept changes that “introduce rigidities in the labor market.”

The same expression is used in Cepyme, the employers’ association of small and medium-sized companies. Its spokesmen have asked for great caution when implementing the measures. And it was claimed that “rigidities should not be introduced” that could weigh down the competitiveness of companies. “We ask for a lot of realism about the situation in which companies live. SMEs are making a big effort. They are being responsible. There are many companies that are borrowing a lot, that all this be taken into account ”, they ask.