The unfortunate phrase of Alberto Fernández about the 100,000 dead that now takes another dimension 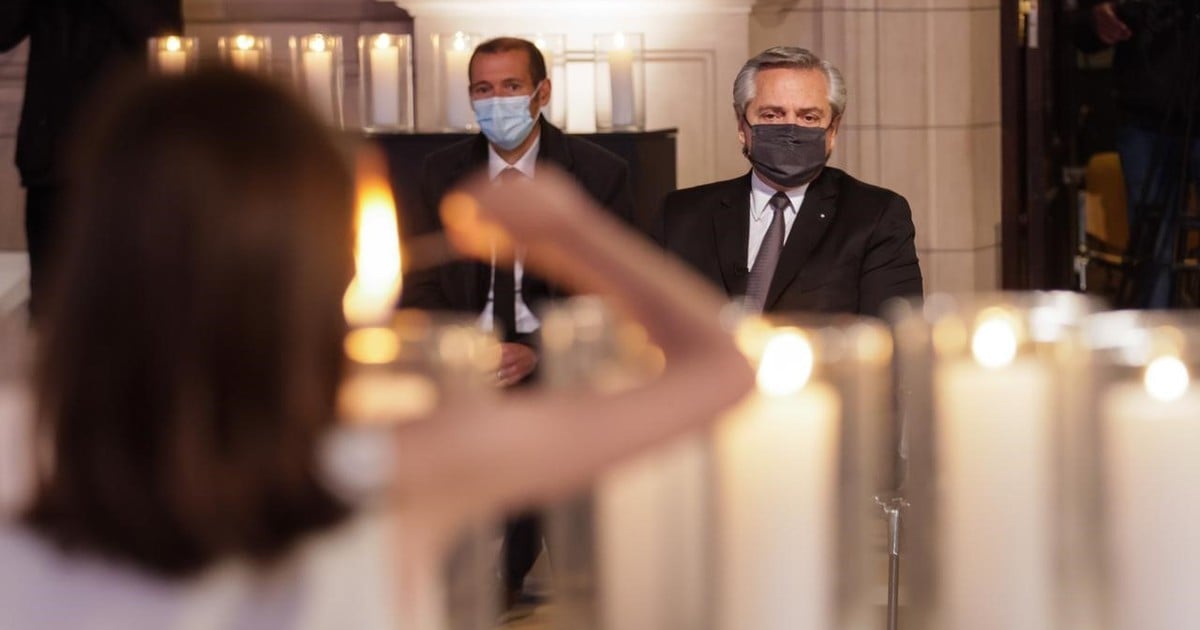 It was April 2020. The first weeks of quarantine due to the coronavirus were passing. Those who died from covid in Argentina they were not yet 100. The first complaints about the handling of the pandemic were already being heard. And then it was that Alberto Fernández pronounced a phrase that today takes on another dimension: “I prefer to have 10% more poor and not 100,000 dead.”

.Fifteen months later, many of them in isolation, the country has already encountered that dreaded number of deaths, which the President put as failed rod of misleading comparison.

“I prefer to have 10 percent more poor and not 100,000 dead,” said the President in an interview, released on April 11, 2020, after the first weeks of social, preventive and mandatory isolation.

Hours earlier, the Ministry of Health had reported 167 new cases of coronavirus, bringing the total number of positives to 2,142. The report registered six new deaths from Covid. The country had 89 dead for the pandemic.

This Wednesday, 459 days later, Argentina has already exceeded the number that Fernández, involuntarily or not, set himself – and everyone – as an evaluation measure: with 614 new deaths, the total number of deaths from the disease reached 100,250. In addition, 4,702,657 cases of infections accumulate.

Alberto Fernández in an act in tribute to the victims of the coronavirus, at the end of June. Presidency photo

Comparison with other countries puts Argentina at third place in South America according to deaths per million inhabitants. Only Peru and Brazil surpass it. It’s found 13th worldwide and 11th in absolute number of deaths.

It is estimated that Argentina has four times as many deaths than it should for its population.

The other part of the dilemma

In April 2020, too, the first complaints were heard for the economy, given the restrictions on circulation and the closure of shops. Fernández, however, objected to the criticism.

“Those who pose the dilemma between the economy and health, they are saying something false. I know that I have to preserve small and medium-sized companies and large ones as well, “Fernández added in dialogue that time with Net tv.

According to INDEC, in those days Argentina registered the worst crash history of economic activity: a 26.4% drop, consequence of the beginning of the restrictions and the comparison with April 2019, when there was still an “old normality”.

Although a year later the activity showed a rebound between April 2020 and April 2021, the economy felt the blow again of new restrictions and was depressed by 1.2% compared to March 2021.

Argentina, one of the countries with the most deaths per million inhabitants in South America. AP Photo

Pockets are affected by the price increase. The latest official statistical report for the month of May 2021 indicates that inflation reached the 21.5% in the first five months of 2021.

Thus, the guideline of 29% that had been foreseen in the Budget for the whole year remains increasingly distant.

“From death it does not come back, but the economy returns “, was another of the phrases that the president pronounced on April 11, 2020.

The comparative phrase of the President is cited by the opposition before the arrival of the figures that he had pronounced. Fernández paid tribute to the victims -who numbered 92,000 at the time- but has not yet commented on the figure of 100,000 dead. Neither did they so far referents of the ruling party.