The Undersecretary of Social Development of Santiago del Estero died of coronavirus: he was 44 years old and vaccinated 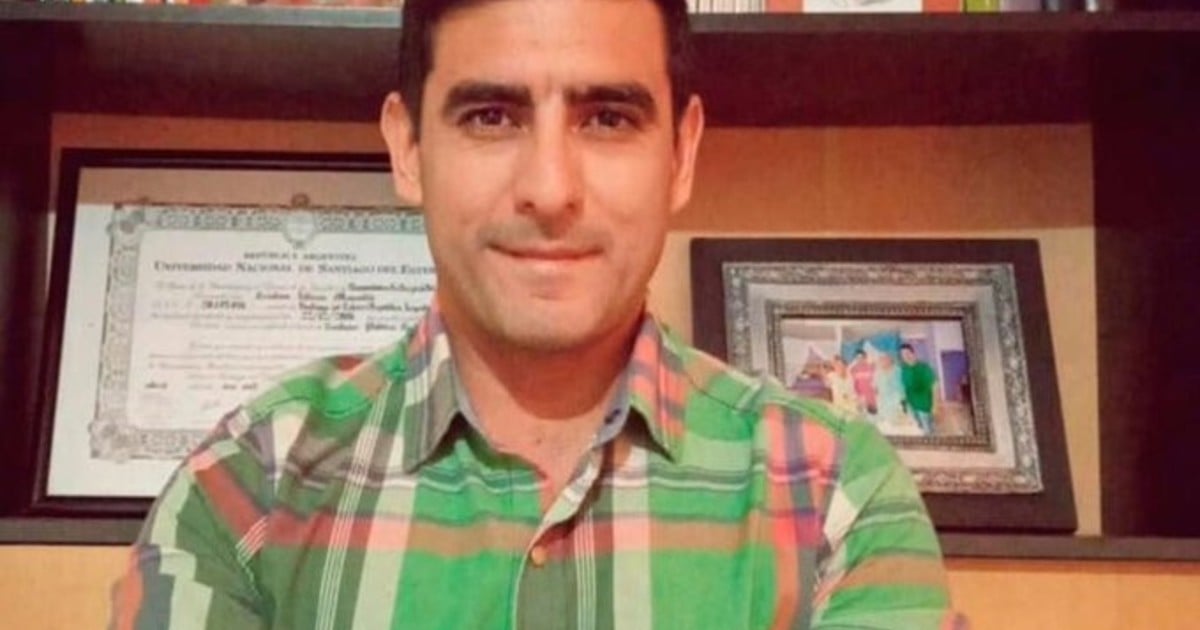 Cristian Mansilla, was 44 years old, worked as Undersecretary of Social Development of Santiago del Estero, and died this Tuesday of coronavirus despite having been vaccinated against disease. His case occurs in a context of the pandemic that shakes the province of northern Argentina with a high rate of occupation of beds in intensive care.

The official had been hospitalized days past due to complications from the coronavirus, sources consulted by the Télam news agency indicated, and he died on Tuesday afternoon.

Mansilla was considered a key official of the government of that province, since all kinds of direct assistance to low-income families or those who were isolated by the disease depended from his area.

The death of the Undersecretary of Social Development joined in the last hours the positive case of Covid-19 of the lieutenant governor Carlos Silva Neder, who through social networks clarified that he is going through the disease without symptoms.

“I want to inform the community that I received the positive result of Covid-19 from the Ministry of Health of the province,” Silva Neder transmitted. “I am isolated with my family in my home and for the moment without symptoms and in good health,” he completed.

Santiago del Estero reported this Tuesday 421 new cases in the last 24 hours and accumulates 48,148 since the start of the pandemic. While they were registered eight deaths, four men and four women.

According to the data released by the Ministry of Health of the Nation, the districts of General Taboada, Río Hondo and Robles are in total “high epidemiological sanitary risk”.

While the urban agglomeration of Santiago made up of the departments of Santiago and Banda was classified as an area with epidemiological and sanitary alarm,

According to official figures, the province reported an average of 4,921 cases per 100,000 inhabitants, so far during the pandemic.

The most worrying data for Santiago del Estero is the high percentage of Covid-19 bed occupancy in ICU-ICUs, which increased to 94%, according to the last report of the Emergency Committee of the Province.

The president of the local Medical Council, David Jarma, declared in the last hours that there is a “huge concern about the increase in cases of which a health team that is exhausted has to take charge “.

In this context, the professional pointed out that the staff has worked in intensive therapies “since the beginning of the pandemic and has never stopped its rhythm.” “He is very tired physically and mentally, from living with the pain and impotence of seeing people, very young, who do not respond to standardized treatments, adding the difficult task of communicating bad news to his relatives,” he described.

In statements to the newspaper El Liberal, the doctor regretted the death of 18 health professionals in that province, while warning that there is “a growing number of infections from professionals of which ten of them are in critical condition.”

“The doctors of our province and the country are on the front line of battle in the fight against the coronavirus, putting their lives at risk every day to try to stop the advance of the disease and save lives, working long hours due to lack of resources Humans, faced with isolation due to successive infections by a large part of the health team, “Jarma graphed.

Therefore, the bet is on the vaccination campaign. In the last week, 49,805 vaccines were placed, a record for weekly vaccination against Covid in Santiago del Estero, according to what was reported by the local press.

Even this week started vaccination of people aged 45 to 49 years (with or without risk factors) in Capital and La Banda, while in the interior, progress was made with people from 40 to 49 years old. In addition, the first dose was given to pregnant women with risk factors.

Beyond the data, Santiago is going through a worrying situation due to the pandemic. In addition to the death of the Undersecretary of Social Development, in recent days, the province was shocked by the death of two brothers Rolando Lezana, 43, and Daniel Francisco, 40, who died of the coronavirus with just eight hours of difference.

One of them suffered from a previous heart disease, while the other did not present any comorbidity.