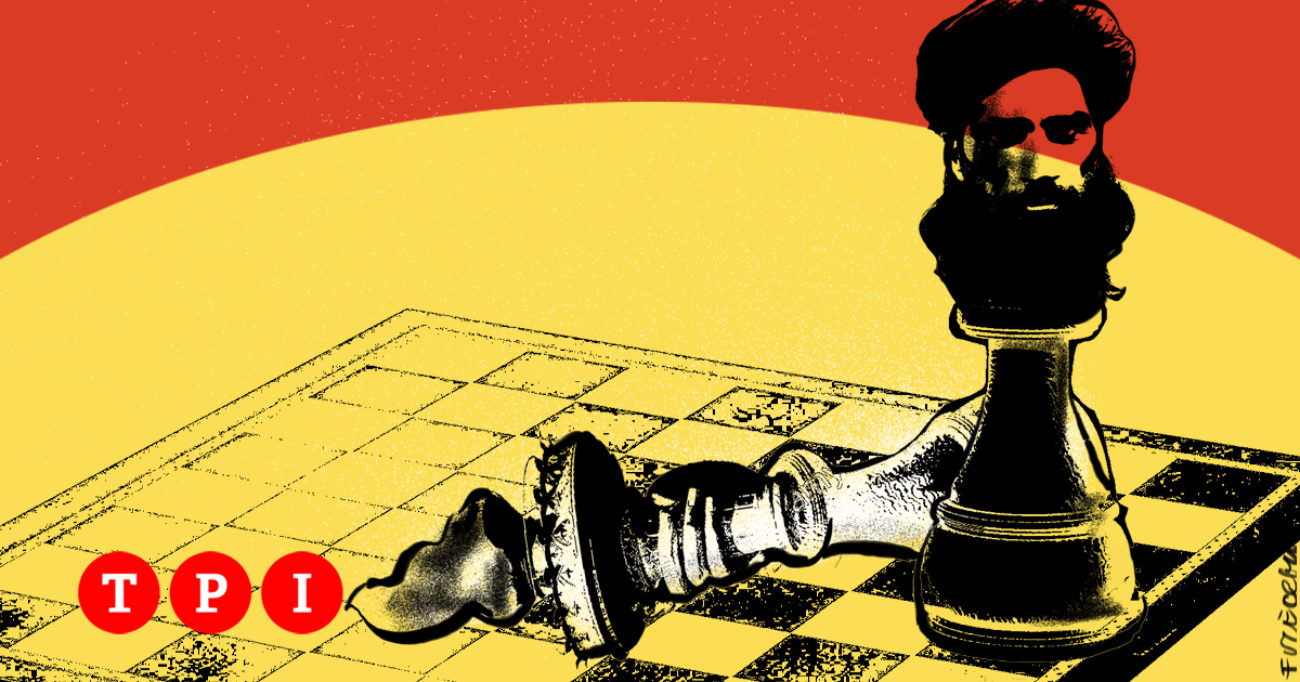 The news that others do not tell you. Help us to preserve our independence: your contribution, even small and without constraint, will make the difference for free information. Donate now.

By donating € 29.99 you will also have access for one year to our weekly in-depth magazine (50 issues). Become part of our community.
Free for real: subscribers!
Thanks.

As usual in the West we tell ourselves another film than what happens in reality. Everyone is discussing whether or not we should “deal with the Taliban”, but the facts tell us that the problem does not arise for another reason: it is the Taliban who do not deal with us.

It is the Taliban who humiliate the Biden administration today. It is the Taliban who dictate ultimatums to the remnants of what was once a celebrated war coalition and which today looks like a schoolchild on a run. It was the Taliban who, earlier, during the twenty long years of war, said: “You have the watches, we have the time”. And it is they, today, however, who have taken everything: both the time and the clocks.

They unilaterally decided to seal an entire country, ready to turn it into a prison first and then a slaughterhouse: from 31 August rien ne va plus, all out, except the weak, the forgotten, the women. All out, except the beasts: all those predestined for the fundamentalist ideological slaughter.

There is, in this epilogue, the sense of what everyone understood, of the editorial that no Italian newspaper curiously felt the need to write: the one on escape.

Politics, the sign, the color are not at stake in this judgment: because the unspoken truth is that the last two American administrations – which follow, in words, opposite directions of foreign policy – have both shared an escape plan that it dwarfs the epochal withdrawal from Vietnam, and the disastrous epilogue of the flight from Tehran.

The reason why this defeat is not written is because the inglorious end calls into question the overall meaning of what had been glorified as a business, and which today must instead be told as a media bluff.

After the withdrawal of the Soviet troops, the pro-Communist government of Mohammad Najibullah Ahmadzai managed to survive the dual offensive of the Taliban and Massoud for four long years. The Afghan republic held on two fronts, under the attack of two armies supported (there was never a more myopic choice) in an anti-Soviet function by the Americans and the West.

The fundamentalism that today brings back the hands of history does not have – as is erroneously thought – ancient roots, but is a creature built in vitro, escaped from the laboratory like a virus to rebel against its own creators.

If you accept a six-day ultimatum, it means that the human rights of those who leave you care little. If you abandon your bases with their precious war equipment, turning them into the high-tech supermarket of the Taliban, it means that you have already lost the war. If you allow the Taliban to rise from shelters and caves, with their generous supply of jihadist foreign fighters, it means that the ambitious goal of the “war on terror” was little more than a propaganda superstructure.

Writing about this escape, judging it for what it really is, therefore, for the media does not only involve a judgment on the Americans, and on their fragile and hesitant allies. It would be a gesture that should involve clarity, self-criticism and ruthlessness on twenty years of tissue papers collected from newspapers around the world in the baskets of the general staff.

For example, it would mean admitting, as Alberto Negri an expert on the history of that country says with bitter sarcasm: “Many of the women and men in Afghanistan who will pay for their courage with their lives have committed a single mistake: having believed in propaganda, not having understood that the Taliban had already won three years ago ”.

Westerners, if they really have ever had watches in Afghanistan, they hadn’t noticed that theirs had stopped for a while.

READ ALSO: Europe would have the tool to welcome Afghan refugees, but governments are turning away Analysis of the printed vote is due in August, says commission president