The UN World Food Program will feed 185,000 children in Venezuela 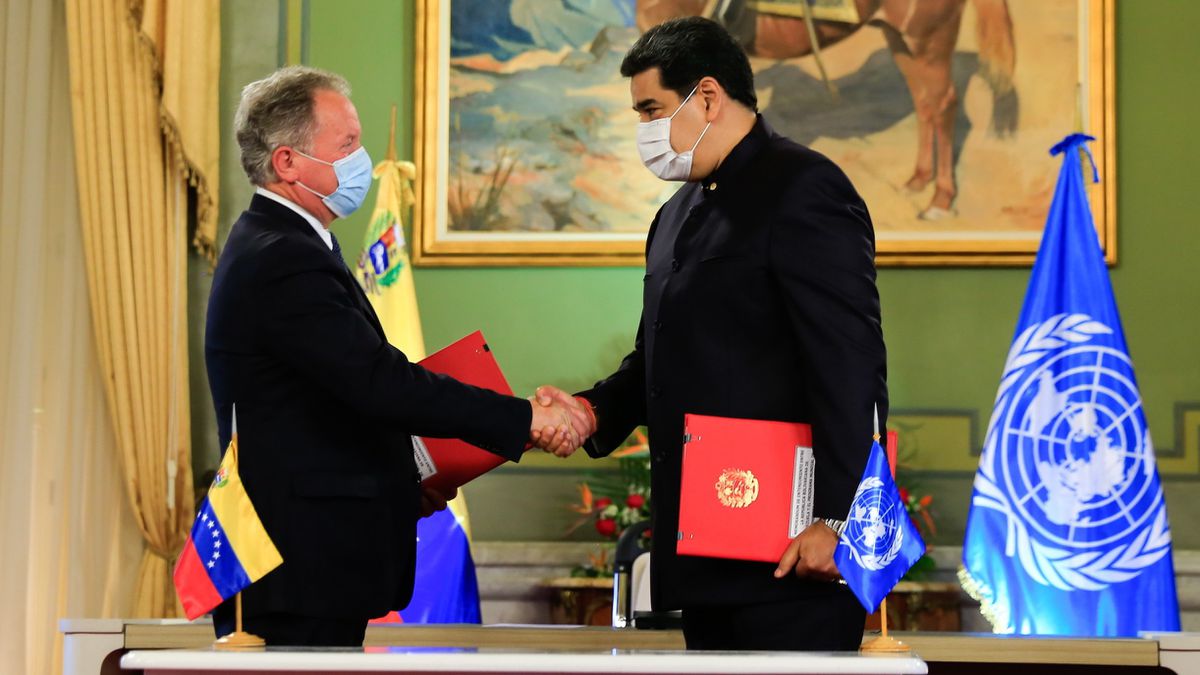 The World Food Program (WFP), the United Nations arm to fight hunger, will finally begin operations in Venezuela. The agreement comes after a year of negotiations and at the worst moment of the humanitarian crisis and the pandemic, when 9.3 million Venezuelans, a third of the population, are experiencing food insecurity. The program will focus on schools and will initially serve 185,000 children.

WFP Executive Director David Beasley arrived in Venezuela on Sunday and met with President Nicolás Maduro and opposition leaders such as Juan Guaidó.

According to data from the organization itself, 30% of children under 5 years of age, 6.3% are malnourished and 13.4% are below their height. Only 8% of Venezuelan households can pay their expenses, including food. This situation has worsened with the pandemic, according to the Caritas church organization, which conducts monthly monitoring in 13 states of the country. In the first three months after the arrival of the coronavirus, from April to July 2020, levels of acute malnutrition increased 73% in children under 5 years of age.

WFP’s goal is to reach 1.5 million school children by 2022-2023. The commitment is to provide nutritious meals, particularly in preschool and special education schools, as well as to invest in the rehabilitation of school canteens. Venezuela is one of the few countries in the region that has not returned to the classroom at any time after a year of pandemic. “We appreciate the great support we received from all parties who agreed to these principles,” said Beasley. “Boys, girls and schools will be at the center of our operation. We believe that the school is the most appropriate platform for the World Food Program to reach the communities independently ”.

Respect for the principles of independence, impartiality and neutrality of this type of contribution has been the most difficult thing to agree on with the Maduro regime. The Government denied for years the humanitarian crisis that non-governmental organizations had been denouncing since 2014. It also delayed until 2019 the installation of a United Nations humanitarian assistance program in the country. In the case of feeding, it took much longer.

Since 2015, Maduro has monopolized the distribution of subsidized food through imports supplied by the so-called CLAP bags (of the Local Supply and Production Committees). These bags carry packages of flour, pasta and rice and are under the control of militants of the United Socialist Party of Venezuela. The program has been singled out for alleged corruption, distributing low-quality food, and being used by the government as an instrument of political control.

The question of “pride”

At the end of last year, Foreign Minister Jorge Arreaza said that there were disagreements because the WFP “does not recognize the sovereignty of Venezuela.” Then, the government wanted to subordinate the UN food distribution to the CLAP, with the support of militiamen, as published Bloomberg. After repeated refusals, the Maduro government has finally relented, as it seeks to lift Washington’s economic sanctions.

A large part of civil society and different sectors of the opposition have signed the agreements. He has also stressed the intention not to politicize the program, after in the campaign for the questioned parliamentary elections in December some government candidates used humanitarian aid to approach their voters.

For Alejandro Crespo Freytas, a member of the Venezuelan Pediatric Society, the agreement is an important step to channel that third of Venezuelan children who are malnourished. “The most worrying thing for us is that one out of every three children under 5 years of age in Venezuela is underweight and also underweight,” he says. “Children who are being born are not going to be taller than their parents. Venezuela overcame the problem of malnutrition earlier than other countries in the region, but in recent years we have entered again ”.

The pediatrician is also part of Feed Solidarity, an NGO that since 2017 has tried to stop the catastrophe of child malnutrition. Currently, they offer food to 25,000 children across the country. However, they have been the focus of harassment from the government, which froze their bank accounts and raided their offices last December. Other organizations such as Azul Positivo, incorporated into the UN Humanitarian Response Plan, have also suffered persecution, with their directors imprisoned.

The agreement with the WFP – which in 2020 received the Nobel Peace Prize for its action in emergencies around the world – occurs at a time when the government’s threat to these organizations has increased through legislation to regulate their financing.

Mario Irivarren returns to This is war after police intervention

Coronavirus vaccines do not protect patients with compromised immune systems

More than 80 Palestinians hospitalized after clashes in Jerusalem