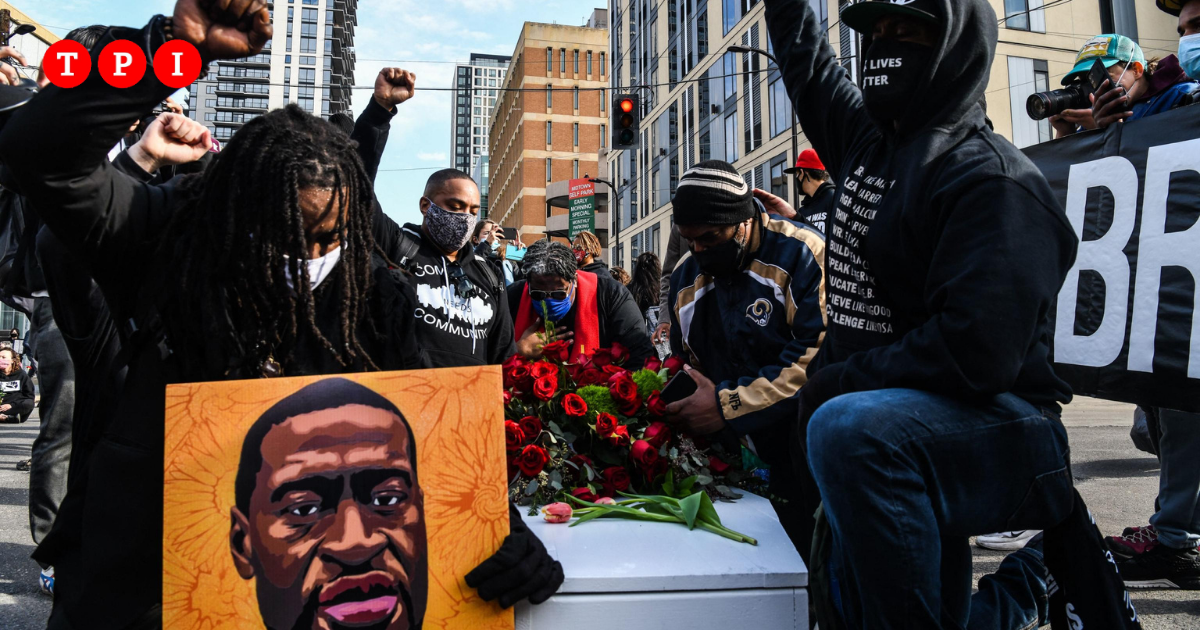 Police officers only “rarely” answer for human rights violations and crimes committed against people of African descent around the world. This was stated by the United Nations in a report on systemic racism, calling for an end to “impunity” of the police and to redress the wrongs suffered by people of African origin.

“I call on all states to stop denying and start dismantling racism,” United Nations High Commissioner for Human Rights Michelle Bachelet said today, presenting the report commissioned last year after George Floyd’s killing. by a police officer. Bachelet, who called the situation “unsustainable”, asked to face the legacies of the past by compensating people of African descent.

According to Bachelet, the consequences of slavery, the transatlantic trade in African slaves and colonialism should not only be compensated economically, but also through other actions such as restitutions, commemorations, education reforms, the recognition of injustices and the “guarantee” that these injustices no longer occur.

The relationship of the United Nations High Commissioner for Human Rights takes into consideration 190 deaths of people of African origin which occurred all over the world during or following contact with the police, focusing in particular on 7 cases: those of Luana Barbosa dos Reis Santos and João Pedro Matos Pinto (Brazil), George Floyd and Breonna Taylor (United States), Kevin Clarke (United Kingdom), Janner (Hanner) García Palomino (Colombia) and Adama Traoré (France).

“The High Commissioner’s analysis of 190 deaths showed that law enforcement officers are rarely held accountable for human rights violations and crimes committed against people of African descent, partly due to inadequate investigations, the absence of independent and robust supervisory, reporting and control mechanisms and a widespread ‘presumption of guilt’ towards people of African descent, “says the report, based on online consultations with over 340 individuals, most of them of African descent, over 110 written contributions, including by States, consultations with experts and a review of material available to the public.

The analysis highlights three key contexts in which 85 percent of deaths associated with police action occurred. The first is the intervention of the police for minor infringements, road stops and searches, as in the case of the deaths of Luana Barbosa dos Reis Santos (Brazil), George Floyd (United States) and Adama Traoré (France). The second is the intervention of the police to provide first aid in cases of psychiatric emergencies such as in the case of Kevin Clarke (United Kingdom). The last key context that is mentioned is the carrying out of special police operations in the context of the ‘war on drugs’ or operations related to organized crime, as in the case of Breonna Taylor (United States) and Janner (Hanner) García Palomino (Colombia ) and João Pedro Matos Pinto (Brazil).

“In many of the cases reviewed, the shared information indicates that the victims did not appear to pose an imminent threat of death or serious injury to law enforcement or the public to justify the level of force used,” the report said. 23 pages, accompanied by a 95-page study.

Bachelet called for “a transformative approach” to address the interrelated issues that cause racism “and lead to repeated, completely avoidable tragedies, such as the death of George Floyd”. Systemic racism needs a systemic response, ”he said.

The report says activism is “crucial to promoting ambitious ideas and goals in the public domain as a constructive way to influence change,” denouncing the crackdown on anti-racist protests that has occurred in some countries. According to the High Commissioner, this “must be seen in a broader context where people who oppose racism face reprisals, including harassment, intimidation and sometimes violence”.

“The voices of those seeking racial justice and equality for people of African descent must be heard and followed,” the report said.