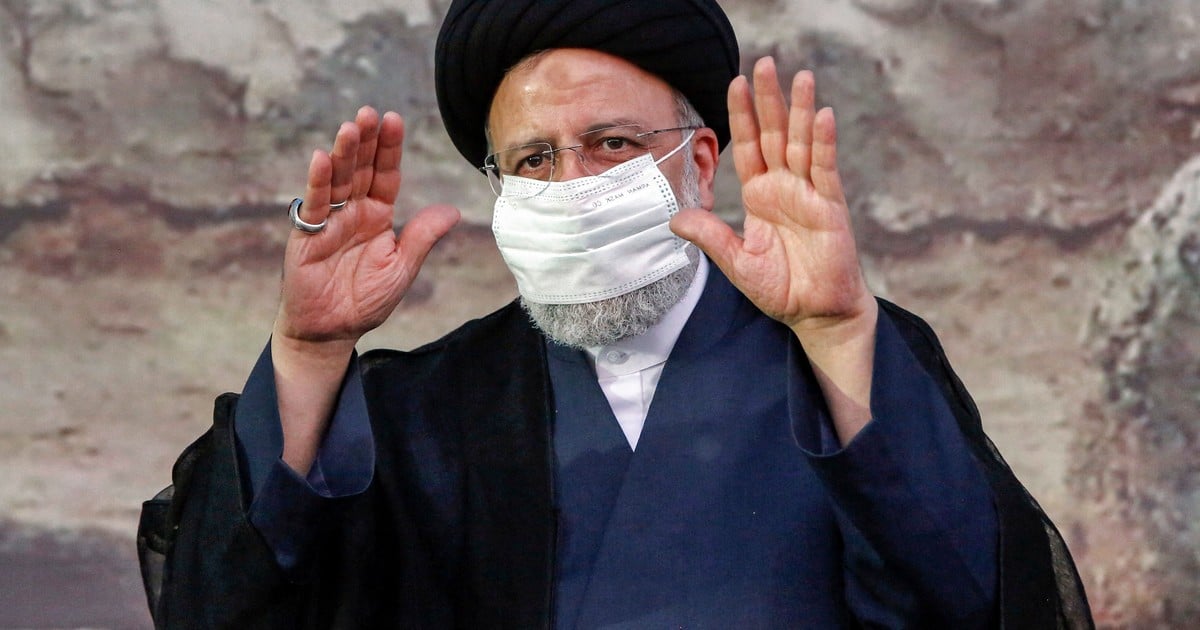 The ultraconservative Ebrahim raisi won the presidential election in Iran in the first round with more than 62 percent of the votes, according to partial official results released during the first hours of this Saturday.

In this way, Raisi will be the first Iranian president sanctioned by the United States before even taking office, for his participation in the mass execution of political prisoners in 1988, as well as for his time at the head of the criticized judiciary, one of which more executions carried out in the world.

As reported by Jamal Orf, president of the National Electoral Commission, in a press conference in Tehran, the president obtained “more than 17,800,000” votes out of a total of 28.6 million votes counted.

This year’s electoral roll included more than 59.3 million Iranians over the age of 18 eligible to elect authorities.

Even hours before the victory was confirmed, Raisi began to receive the congratulations of his rivals due to the overwhelming advantage that he predicted for the powerful cleric, a great representative of the Iranian conservative establishment, the victory in the elections.

Iranian Ebrahim Raisi won the presidential election in the first round. AFP photo.

“Congratulations on your choice as the thirteenth president of the Islamic Republic of Iran. The noble and proud people of Iran rightly hope to live a life full of hope, peace and prosperity, “said Ghazizadeh Hemati, one of the candidates.

Even the still president of Iran, Hasan Rohani, has already communicated that the elections have a winner, although he refrained from giving the name of Raisi. “It is clear who has obtained the necessary votes“, he pointed.

Raisi, who spent most of his career in the judiciary, became a custodian of the Astan Quds Razavi religious foundation, the largest in the Islamic world, which makes him accumulate great power and even appear as the main favorite. to succeed Grand Ayatollah Ali Khamenei at the head of the country.

The cleric, who was defeated by Rohani in 2017, was appointed in 2019 as head of the judicial apparatus and shortly after he was appointed as vice president of the Assembly of Experts, allowing him to increase his influence.