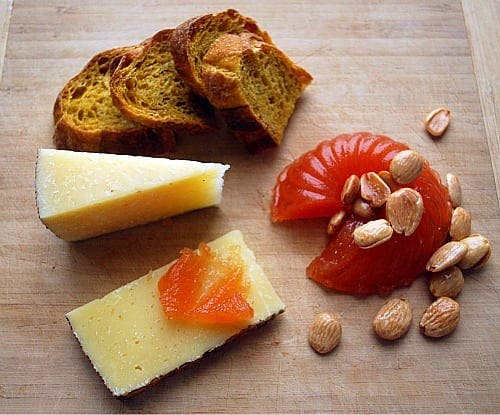 SAY cheese and you might not instantly think of Spain.

It’s the French that dominate when it comes to fromage – meanwhile Spaniards don’t get credit for much more than Manchego.

But don’t fear churn-nerds, you don’t need to look hard for a delicious selection of queso – it’s there in every variety you can dream of, in the market, at the tapas bar and in restaurants, washed down with a good glug of manzanilla.

From slabs of Cabrales and Mahon to slices of Afuegal Pitu and Zamorano, the average citizen eats 9kg of the stuff a year and is spoiled for choice.

There are 26 cheeses are classified as Protected Designation of Origin (DOP — Denominación de Origen Protegida) by Spain and the European Union, indicating that the cheese has been made in the same manner and place for many years.

Like wine, the best cheesy produces varies from region to region. Roncal, from the Navarra area, comes from the rich sheep’s milk of the legendary Lacha and Aragonesa breeds of oveja sheep, while cow’s grazing on the lush pastures of Galicia create the conical Tetilla cheese and the pale, soft and creamy Arzula Illoa.

In Andalucia, cheeses are made from goat’s milk or occasionally sheep’s milk – you’d be hard pressed to find cheese from a cow in this area.

“The best cheeses are always the local ones,” says Jessica, the owner of Darcy’s Deli in Estepona – a mecca for quality Spanish produce. She favors cheeses from the stretch between Cadiz and Malaga, so she can ensure her customers are getting whatever is in season from cheesemakers close by.

Jessica advises I choose five to seven cheeses for a classic cheeseboard, all made with goats milk and not pre-packed in plastic and eat them from lightest to strongest.

Apologize to Spain’s best known cheese Manchego for not making the cut – we promise we still love you but it was time to try something new. Named after the province of La Mancha to the south and east of Madrid, Manchago was originally made to barter at livestock markets as it provided durable food for the shepherds. Still, me and my pals are no sheep – and we decided to give some lesser know cheese a go.

Here’s what we had.

A punchy pepper rind encasing soft goat’s milk cheese was the indisputable favorite of the night. The pungent aroma masks a rich and mellow tasting cheese that we, unanimously, declared irresistible.

A crumbly center, the rosemary was a nice frangrent touch to your typical goats cheese. Richer and more buttery than the others with a satisfying savory bite.

Our least favorite of the tasting. A mild aroma and nutty savory-sweet taste seemed bland at first – but left an aftertaste that we couldn’t wait to wash away with a hasty chug of wine.

This goat’s milk deeply veined blue cheese is aged for more than 120 days of curing in the Andazul cheese factory and is the only blue cheese that is made in Andalusia. The factory is located in the Cadiz town of San José del Valle and the cheese itself is full of flavor, thanks to its rich and creamy. Jessica’s tip? Keep out of the fridge an hour before serving.

A strong, spicy cheeses perfect with chilled wine (and a staff favorite at Darcy’s) delicious with quince and crackers.

Urban planning Architects are finding the way Helsinki is now made: Investors have too much power, towers too high and compaction oversized

Without Bobic, Hütter and Hübner: Don’t be afraid of the future