The UK’s unease after the meteoric rise of the Taliban 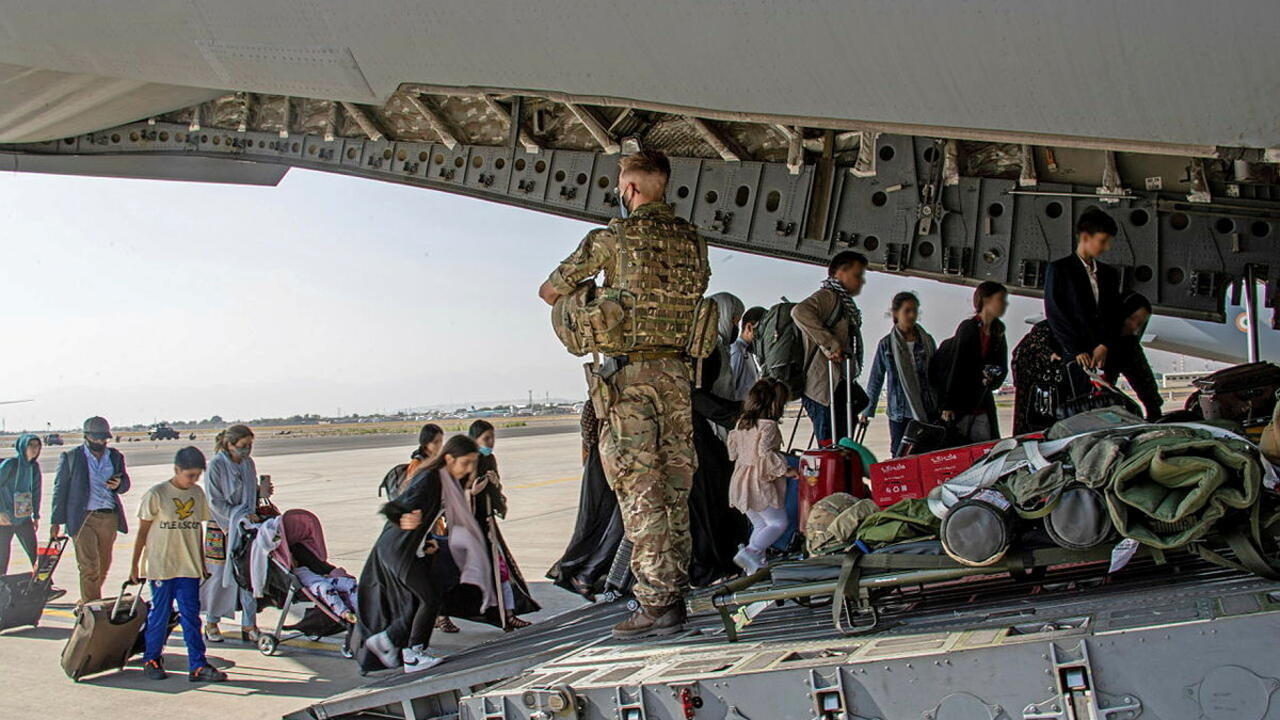 While criticism of the British Executive grows for its response to the humanitarian crisis in Afghanistan after the lightning takeover of power by the Taliban, Prime Minister Boris Johnson reiterated that his troops will not return to the Asian country and pledged to receive 20,000 Afghan refugees.

“Twenty years ago, Osama Bin Laden and the al-Qaeda leadership had turned Afghanistan into the epicenter of global terrorism,” Boris Johnson recalled in a statement before Parliament on July 8. With it he believed to close the military intervention of Great Britain in that country.

His announcement was not a surprise. Without the support of the United States, it is impossible to keep British troops on the ground, even as part of a NATO mission. Joe Biden had announced the same decision a few months earlier.

Then the controversy began over the imminence of a humanitarian crisis and the setback in the progress made, especially for the rights of women and girls and the destabilization of the region. In addition, fears of a possible terrorist attack on British soil were revived.

Although the Johnson Administration claims that the country and its veterans should be proud of their work in Afghanistan, The Royal United Services Institute (RUSI) analyst and ground war expert Nick Reynolds does not view the British or US intervention as the allies has been successful.

“We never provided enough security for it to be possible to build strong Afghan institutions, which could succeed or survive, and that was despite a large investment,” Reynolds says.

For his part, Kaweh Kerami, a professor of political science at the American University of Afghanistan and a doctorate at SOAS University of London, explained to France 24 that the collapse of that country was “inevitable”.

“It is still too early to give a full explanation for the fall of the government and the return of the Taliban, but there are at least two main factors: Afghanistan’s high level of dependence on foreign boots on the ground, as well as the corrupt ones, and incompetent and unpopular leadership in Kabul ”.

A bitter balance after 20 years of war

150,000 members of the British armed forces were part of the coalition of allied troops to fight Al-Qaeda, following the terrorist attacks on the World Trade Center in New York and the Pentagon on September 11, 2001.

The British presence was concentrated in the Helmand region, in the south of the country.

These troops ended their participation in the fighting in 2014. Since then, the 750 soldiers who remained in the field were part of the NATO mission that trained and advised the Army of Afghanistan.

“The international military presence in Afghanistan was never intended to be permanent,” Johnson said, recalling that 457 British died during that war.

The cost of the operation during the 20 years according to ‘The Guardian’ exceeds 37 billion pounds sterling.

For his part, Professor Kerami highlights that the United Kingdom “played an important role in the anti-narcotics efforts, especially in the first years of the intervention. Compared to the military engagement, its development efforts have been much more successful, so it should continue. ”

One of the prides of the British Government is The Girls Education Challenge Fund, which Johnson says has helped a quarter of a million Afghan girls go to school.

But under Taliban laws, there is no certainty or guarantee that women and girls can retain their right to education or work.

“We came with all kinds of ambitions and goals, such as installing a government that is more liberal, more tolerant, more respectful of human rights than the Taliban regime. Indeed we could not build that government “, says the expert Reynolds.

The United States, essential to stay in Afghanistan

In a debate in Parliament, convened in an extraordinary way during the summer recess, former Prime Minister Theresa May brought several fundamental issues to the table.

“Was the intelligence really so poor, the understanding of the Afghan government so weak, our knowledge of the position on the ground so inadequate? Or did we just feel like we had to go to America and hope that with a wing and a prayer everything would be fine for the night? ”

May’s point that the United Kingdom followed the United States when it announced its withdrawal reveals a truth: without its military resources and troops it would be impossible for British troops to remain in that country, according to experts.

“In terms of the UK doing anything independently, no, that wasn’t really possible,” Reynolds explained.

The expert explained that in addition to logistics, the American troops were essential due to “the air power they provided to the Afghans on the ground. So I don’t think the UK was in a position to do that at all, it wasn’t even close. ”

The international influence of the United Kingdom

Seeking to regain British power on the international stage, amid a storm of criticism within the country for the humanitarian crisis in Afghanistan, Boris Johnson now wants to achieve consensus to demand from a Taliban government standards of respect for human rights, the right of girls and women to continue their education and renounce their ties to terrorism.

The United Kingdom, which holds the temporary presidency of the G7 – which brings together the world’s powers without China and Russia – has asked its allies not to “prematurely or bilaterally” recognize a Taliban government without agreeing to these minimums.

Although the world powers agree in their demands on the Taliban, there is no certainty that they will comply.

Johnson alerted the Taliban that “we will judge this regime by the decisions it makes and by its actions rather than by its words.”

However, criticism of the Johnson Government transcends the national level given that the United Kingdom was able to take advantage of its influence before the crisis broke out in settings such as the UN Security Council, NATO and the presidency of the G7.

Now Johnson hopes that real short- and long-term action will be agreed upon at an extraordinary summit with the G7 leaders.

However, Professor Kaweh Kerami does not believe that this crisis will have immediate political effects on the Johnson Government.

“In the next two to three years, if Afghanistan becomes a safe haven for terrorist organizations, the potential threat it would pose to the UK would have consequences for the Government if it still exists.”

In a new refugee program, similar to the one used with Syrian nationals, this year the UK will host 5,000 Afghans. The initiative will prioritize those most at risk, for example those who worked as translators for British troops. They will be received with their families, as well as women, girls and minorities and, in the coming years, 20,000 more will be able to enter, although there is still no exact date.

Several political sectors assure that this number is very low for the size of the current challenge and the immediacy with which it should act.

The interior minister explained that they cannot commit to receiving more people since each refugee must be given minimums such as housing, education and health.

But the delay with which the United Kingdom has evacuated Afghans who for so many years have worked for them, putting their lives at risk, is also criticized.

The local press reports profusely that there have been delays in visa processing, some of which have been denied before, while racing against the clock to save lives.

Yet close to tears, Wallace, a former military man, acknowledged that it may not be possible to evacuate all the Afghans who worked for them, especially those outside of Kabul.