The UK prepares to say goodbye to summer ‘freedom’ 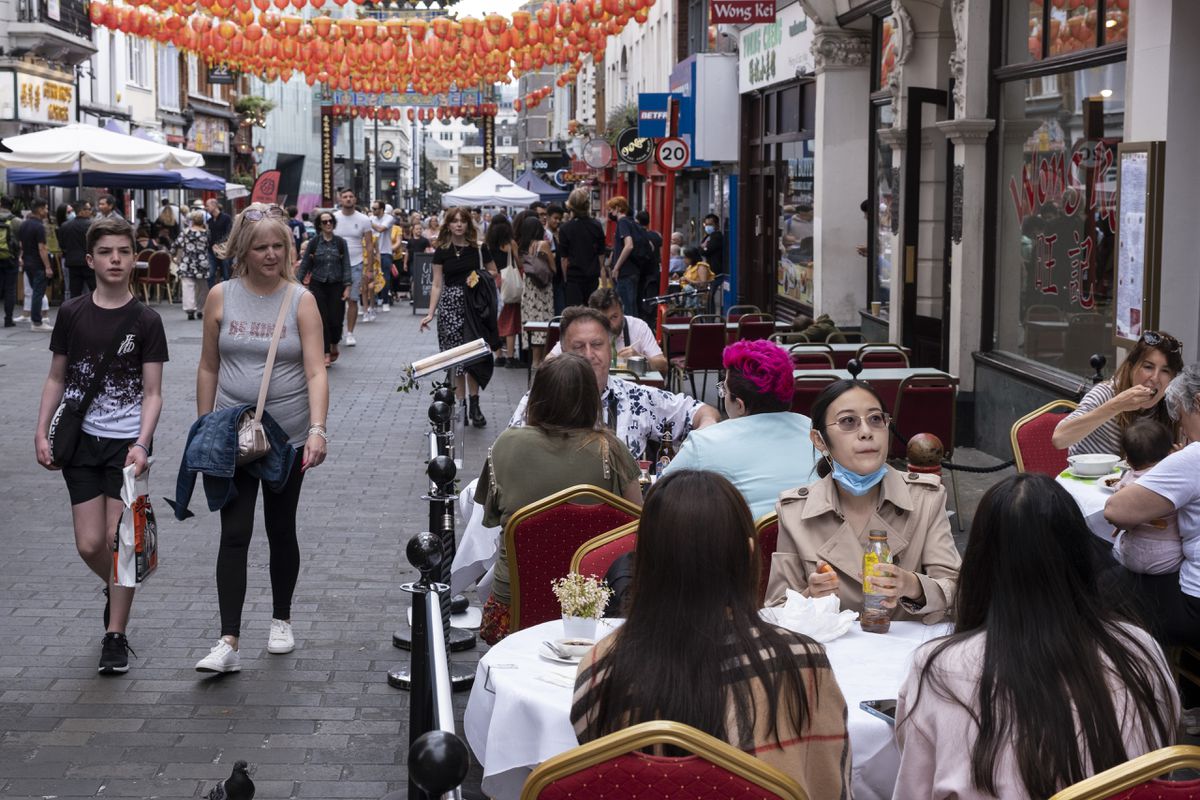 The Government of Boris Johnson decided to rescue his speech in defense of individual responsibility in the face of the pandemic when on July 19 he proclaimed the “day of freedom”. The time had come for citizens to exercise their common sense, rather than for the state to restrict freedoms in a coercive way. Today, less than half the users of public transport who wear a mask, and you hardly see one in shopping centers. The numbers of infections, after a brief summer mirage, have skyrocketed: more than 38,000 this Thursday. The same is not the case with deaths. Right after the last holiday break, last weekend, the number was 207. It was the highest since last March, but it had a lot to do with the accounting delay caused by holidays. This Thursday, the figure was 178. Very far from the almost a thousand newspapers that were registered last January, during the last wave.

In the coming weeks, when the return to classrooms and offices increases the possibilities of transmission, it will be possible to verify if the delta variant of the virus is on the way to running amok and transferring new tensions to a public health system that, for the moment, is enduring without problems . It will be the moment when the United Kingdom must decide if it wants to be an experiment again that the rest of the world watches from a distance or if the smart thing is to put the bandage on before the wound festers. That is, if he maintains his regained freedom at all costs or imposes new social restrictions that allow him to control a winter that can be complicated.

“Fortunately, we have passed the critical point of the pandemic. The time has come to recover the exceptional powers that, in an unintelligent way, were handed over to the Government ”, he has written Conservative MP David Davis on his Twitter account, one of the leaders of the rebellion in the ranks of the Government party against social restrictions.

The newspaper The Financial Times has anticipated this Friday that Downing Street is preparing to promote in the House of Commons, as soon as the session resumes in the middle of the month, new legislation to extend the emergency powers that were approved at the beginning of the pandemic. It is the way to ensure legal coverage of new limitations, if the pandemic gets out of control again.

More than 76% of the adult population has already received the complete vaccination schedule, and it is clear that the immunization campaign has turned the tables. The daily average of hospital admissions does not exceed 800 patients, compared to the almost 4,000 daily that there were at the beginning of January. But the National Health Service already has more than a thousand people with assisted ventilation, at the end of a summer that, in theory, anticipated a stabilization and the beginning of the end of the pandemic.

The arrival of winter, with a population that will spend more time in closed spaces, and a very lax, almost non-existent legislation in force on social distancing measures, can put the conservative government back in a compromised situation, with little time to react. That’s why former Health Minister – and Johnson’s former rival in the party’s primaries – Jeremy Hunt has joined the voices urging Downing Street to begin campaigning for a third booster dose of the vaccine.

“You just have to look at what has happened in Israel. There their vaccination rate is even higher than ours, with 80% of adults ”, Hunt pointed out on the BBC. “And they have realized that the delta variant has caused an increase in hospitalizations. However, two weeks after they pushed the booster dose, revenues have started to decline. “

All the pressure has been turned on the Joint Committee on Vaccination and Immunization (JCVI), the independent body whose opinion the Johnson administration awaits before making a decision. It will not be until next week, when the study on the real effectiveness of a third dose that is being carried out by the Southampton University Hospital foundation concludes.

The prime minister himself admitted this Friday that the government has failed to promote vaccination among young people with the necessary speed. Just half of those between the ages of 16 and 17 have received a first dose of immunization, despite the green light from authorities for supplying Pfizer’s compound to this group almost a month ago.