The UK is looking for workers (desperately) 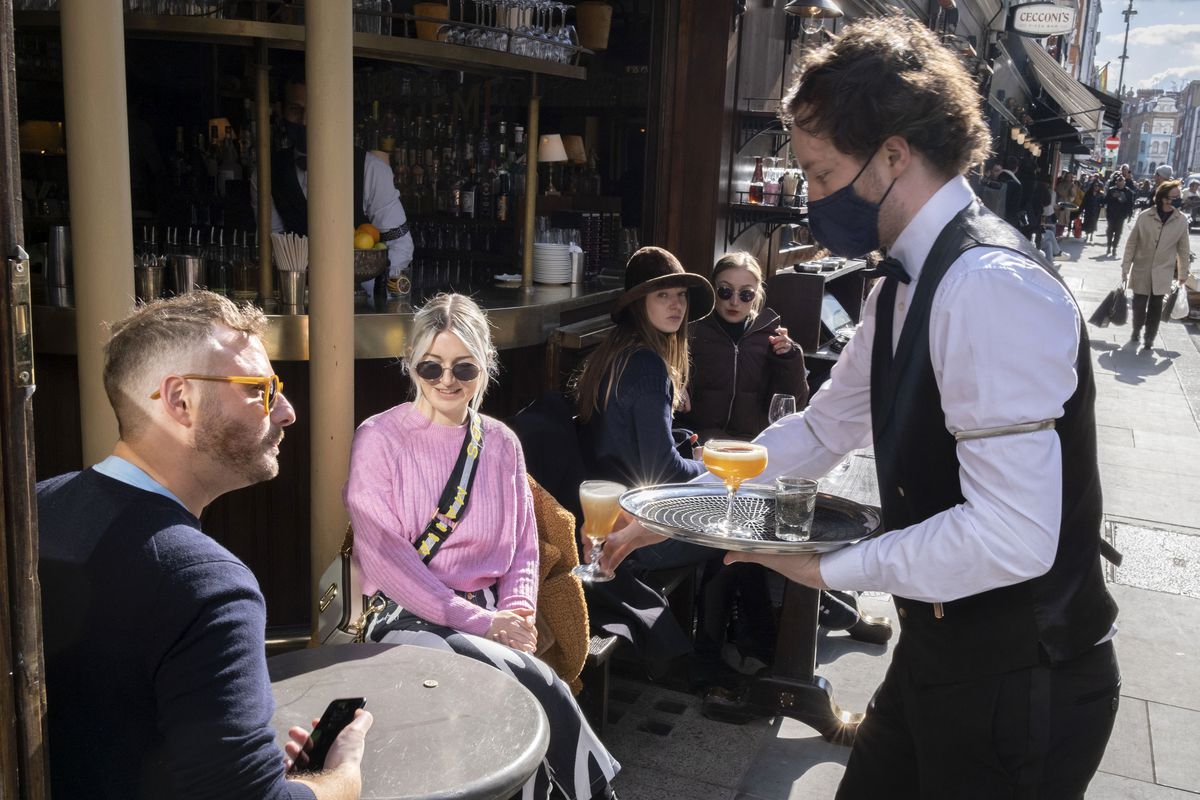 A year after having to cut his workforce due to the covid-19 pandemic, Gabriel González faced the opposite problem: finding employees to be able to reopen his two Peruvian fusion food restaurants in London. “We had to reduce the team, unfortunately, and some decided to go back to their country. But now, with the reactivation, it has been difficult to find people. We have been very lucky in the kitchen, but it has been difficult for us to find waiters and customer service personnel ”, explains the owner of LIMA London Group, who claims to have raised the salary of some“ punctual workers ”to retain them.

What is not punctual is their case: the labor shortage has worsened in the UK in recent months, with some companies calling on the government to take urgent action. Some are striking, such as the German Haribo warning that it could not fulfill all its import orders for gummies to the British Isles as it could not find carriers. Others sound alarming, such as that of Premier Foods, one of the largest food conglomerates in the country, which suggested to Boris Johnson’s Executive to study the possibility of using the Army to supply the lack of truck drivers, which threatens to leave supermarkets short of supplies. .

According to a survey by the British Chamber of Commerce in which more than 5,700 companies participated, 70% had problems finding staff during the second quarter of 2021. The most affected sector was construction, where this percentage rose to 82% , followed by hotels and restaurants (76%). “As firms are freed from confinement restrictions, the skills and labor shortages they experienced before the pandemic flare again,” the Chamber’s chief of policy for people said in a press release. , Jane Gratton.

According to the latest report from the National Statistics Office (ONS), the number of job offers published between April and June exceeded pre-pandemic levels: 862,000, almost 10% more than those registered between January and March 2020. The challenge of filling these positions is not new for the United Kingdom, but, after a pause forced by the appearance of covid-19, it has returned reinforced by the exodus of foreigners unleashed by the lockdowns and the end of the free movement of workers coming from the EU in January.

According to a report by the Confederation of Employment and Personnel Selection (REC) and KPMG, the number of available workers had its biggest drop since 1997. “We have suffered from a labor shortage for the last seven years. Back in the day, we estimate that between 50,000 and 60,000 drivers were needed. Now about 75,000 are needed, ”says Kate Gibbs of the UK Road Transport Association, one of the worst hit sectors. Historically, their guild has been largely made up of Eastern Europeans, who left their families in their countries and sent them money every month. “When the pound sank, as a result of Brexit, they started coming home because it was no longer worth keeping two homes. We think that, in total, about 15,000 have left, ”explains Gibbs.

Added to this are the effects of the pandemic, which last year led to the cancellation of 30,000 exams to obtain a license to drive trucks. The consequences are now suffered from small municipalities, which suspend waste collection when they cannot find drivers, to large supermarket chains such as Tesco, which is offering an incentive of 1,000 pounds (1,175 euros) to drivers who join their fleet earlier September 30.

Along with that of road transport, employers such as meat, hospitality or construction constantly ask the Government to include their affiliates in the list of occupations that are difficult to cover. A place there would allow them to bring in employees from outside more easily and at a lower cost. The staffing shortage is “spread evenly” across various sectors, according to Gerwyn Davies, public policy advisor at the Chartered Institute of Personnel and Development (CIPD) association of human resource professionals. “But perhaps the most interesting is the one that occurs in low-wage industries such as hospitality and retail, especially after the increase in unemployment that they experienced last year,” he says.

Bars and restaurants have redoubled efforts to recruit new employees. The Hawksmoor grill chain has even offered £ 2,000 bonuses to those workers who successfully refer candidates to fill vacancies. On the other hand, chefs like José Flores, a 41-year-old Bolivian, have been surprised by several and insistent offers to change jobs. “Last year, just arrived, the pandemic happened and I was looking and looking for work, but there was none,” he recalls. Finally, he found one in a take-out company where he stayed until June of this year, when his colleagues began to leave one by one until they left the business without staff. “There was demand for workers everywhere … I have had two job tests every day and, although I told them I did not speak English, they did not care,” he says.

“This has been due to a combination of factors,” explains Davies. “The main one is the pandemic, which has created uncertainty and anxiety … EU nationals, who are overrepresented in those sectors, have returned home, either temporarily or permanently.” In addition, among those who stayed, there are those who, after losing their jobs in restaurants and hotels, found refuge in other industries where there are no night shifts or weekends and now do not want to leave them. “They have more stability, a better balance between personal and professional life and the constant changes in norms that left them with or without work during the last 18 months have left a psychological mark on them.”

Andreea Barbu is one of them. “I used to work in a restaurant, but after it reopened, the atmosphere was very different. The bosses were threatening all day because there were fewer employees and they made us work more ”, says this young Romanian woman. “In October, I went as a cleaning supervisor to a real estate … I work four days a week, I finish at five in the afternoon, they pay me better and there is a good atmosphere, nothing to do with the hospitality industry,” she says. “If it hadn’t been for the pandemic, I would have had a hard time leaving the restaurant.”

Directly from the 80s comes RoboCop: Rogue City, from the creators of Terminator: Resistance | GameSoul.it