The UAE celebrates “50 years” of development and human building 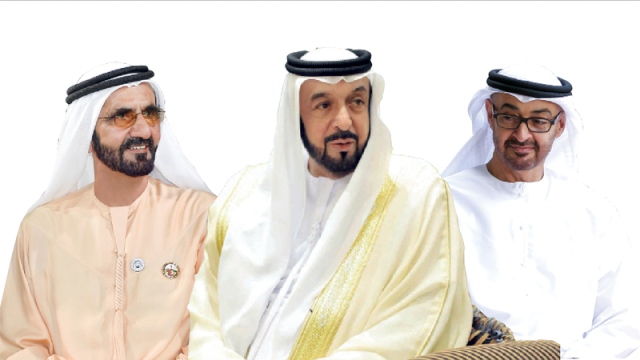 His Highness Sheikh Khalifa bin Zayed Al Nahyan, President of the State, announced the year 2021 in the UAE, “the year of fifty”, to celebrate the 50th anniversary of the founding of the state, as the year of fiftieth officially begins on April 6, 2021, and continues until March 31, 2022.

His Highness Sheikh Khalifa bin Zayed Al Nahyan, President of the State, said: “The year 50 is a historic moment in our journey that began since the announcement of the UAE’s establishment in 1971 … it is a celebration of the great will and strong determination of our founding fathers in building our state, and the efforts. Made by the people of the homeland until our country, praise be to God, became one of the largest developing and developed countries in the world ».

His Highness, the President of the State, appreciated the efforts that participated with us from all nationalities and contributed with us to building this young country. His Highness added that “the year of fifties constitutes an opportunity to reflect on the achievements of the past fifty years as we prepare to launch with confidence in our next journey.”

His Highness said: “The celebrations include a series of initiatives that invite everyone to reflect on the ancient history, the noble values ​​and the unique achievements of the country, and envision its future as we go on our way to the centenary, with a commitment to building this future by supporting our youth and providing them with the tools and skills necessary to move forward. .

His Highness added: “Our world today is changing at an unprecedented speed, and this change is accompanied by many opportunities that open horizons for innovation and creativity .. We must all redouble efforts and work to create new ideas and quality initiatives and preserve our wealth, values ​​and the diversity of our society, all of which contribute to a better tomorrow and a bright future for our homeland. ».

His Highness Sheikh Mohammed bin Rashid Al Maktoum, Vice President and Prime Minister of the UAE and Ruler of Dubai, said in a tweet on Twitter: “The year of the fiftieth … a year of celebration of fifty years witnessed the fastest building process in the history of countries … and the best development process the region has witnessed. And the noblest journey to build the human being .. It is also a year of preparation for the next fifty .. fifty full of good .. deep in influence .. exemplary in building hope for the region and the world.

His Highness Sheikh Mohammed bin Zayed Al Nahyan, Crown Prince of Abu Dhabi and Deputy Supreme Commander of the Armed Forces, said through a tweet on Twitter: “On the occasion of the year of the fiftieth, we complete a phase full of exceptional achievements, and start a new phase, in which our ambitions embrace the sky, the challenge. The competition is greater and the competition is more intense, but our will, drive and spirit of challenge is stronger. Our people are the source of our strength. We welcome innovators and extend our hands with good, cooperation and peace to all countries and peoples of the world.

This announcement is accompanied by the launch of initiatives, events and celebrations for a year, under the supervision of the Committee for the Celebration of the Golden Jubilee of the United Arab Emirates, chaired by His Highness Sheikh Abdullah bin Zayed Al Nahyan, Minister of Foreign Affairs and International Cooperation, and Her Highness Sheikha Maryam bint Mohammed bin Zayed Al Nahyan, Vice Chairman of the Committee.

It is noteworthy that the Committee for the Celebration of the Golden Jubilee of the UAE was formed in December 2019 under the directives of His Highness Sheikh Mohammed bin Rashid Al Maktoum, Vice President and Prime Minister of the UAE and Ruler of Dubai, and the committee is chaired by His Highness Sheikh Abdullah bin Zayed Al Nahyan, Minister of Foreign Affairs and International Cooperation, and Her Highness Sheikha Maryam Bint Mohammed bin Zayed Al Nahyan, Vice Chairman of the Committee.

In addition to its mission to define the details of the UAE’s golden jubilee celebrations, and to develop and implement a comprehensive plan to celebrate the fiftieth year at the federal and local levels; The committee works to implement a diverse agenda that covers strategic pillars that include many development initiatives aimed at leading changes across social, economic and developmental policies for future generations.

The activities related to the fiftieth year revolve around the following main pillars:

Launching the year of the fiftieth in a festive spirit that includes everyone who considers the UAE their homeland.

Inviting the people of the country to reflect on the values ​​and achievements of the past, with pride and pride in our founding fathers.

Inspiring young people to develop their perceptions about the ambitions of the next fifty years, and supporting them to achieve qualitative national achievements that enhance the process of progress and prosperity.