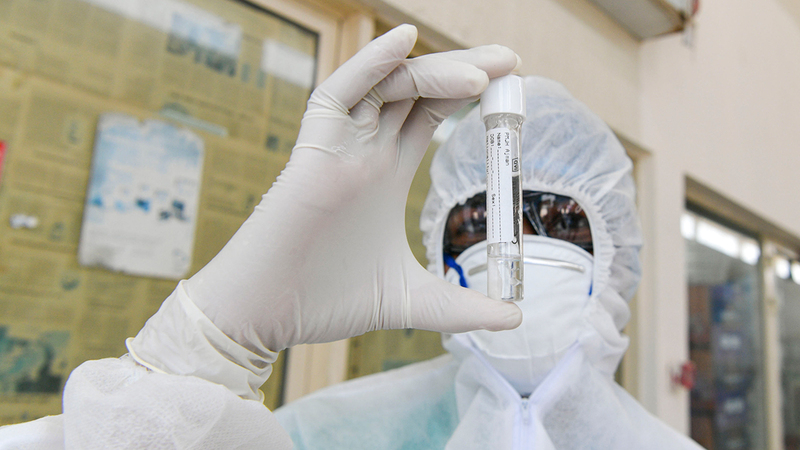 Emirati companies have announced their intention to introduce a new testing technology for the emerging coronavirus (Covid-19) for the Gulf countries and the Middle East, which is characterized by its ability to detect infection with the virus at its inception by 100%, and to detect the mutated strain of the virus (delta) by 99.4%.

Sheikh Sultan bin Saud Abdulaziz Al Mualla, CEO of the UAE company Cooper Diagnostics, said that the origin of the technology called (CRISPR), was presented by French researchers Emmanuel Charpentier and American Jennifer Doudna, as a global technology for detecting RNA as well as DNA in diagnosis in general. Note that the two researchers received the Nobel Prize in Chemistry last year, in DNA technology, and later the diagnosis of the “Covid-19” virus was invented.

He stated that the CRISPR technology obtained an emergency use license from the US Food and Drug Administration (FDA), as it is characterized by 100% accuracy and sensitivity in detecting the coronavirus during the first stage of infection, which contributes to the accuracy of diagnosis, improving the level of health care and treating the infected, noting that It also obtained the emergency license from the Ministry of Health and Community Protection.

He pointed out that the tests conducted on the technology showed its success in detecting the Indian Delta strain of the Corona virus by 99.4%.

Sheikh Sultan Al Mualla added that the adoption of this technology in the UAE, as an emergency use, comes as a continuation of the state’s approach to developing health care services in an optimal way, in a manner that ensures the response to the “Corona” pandemic. For his part, Ayman Sheikh Lahlou, General Manager of Cooper International, said that CRISPR was used in major laboratories in the United States, and it achieved complete success in detecting infection with the virus as soon as it was infected, pointing out that the results of the examination appear within 45 minutes. He explained that this test is based on taking a swab from the nose, and then the test is performed on a single molecule of DNA targets, to detect the presence of the virus or not. The Ministry’s Assistant Undersecretary for the Health Regulation Sector at the Ministry of Health and Prevention, Dr. Amin Al-Amiri, confirmed that the ministry is always keen to introduce the best international technologies, and include them within its services in the country, and that it was keen to issue a license for the emergency use of “CRISPR” technology, as soon as it received the file with The emergency use license from the US Food and Drug Administration, and that it is keen to adopt new technologies, to enhance the UAE’s leading role in combating the “Covid-19” pandemic. Zahid Al-Sabti, CEO and Managing Director of the Emirati company, “Magenta”, indicated that the new technology represents a qualitative leap in the accuracy of detecting the emerging corona virus, and it greatly outperforms all the technologies currently used, in terms of 100% certainty in detecting the virus. In terms of the speed of obtaining results, as the result appears within only 45 minutes, which makes it distinct from the rest of the currently available examinations, which will enable it to enjoy high competitiveness in many areas, such as airports, schools and other places of importance.