The trial for the death of George Floyd ends: keys to a process that will mark history 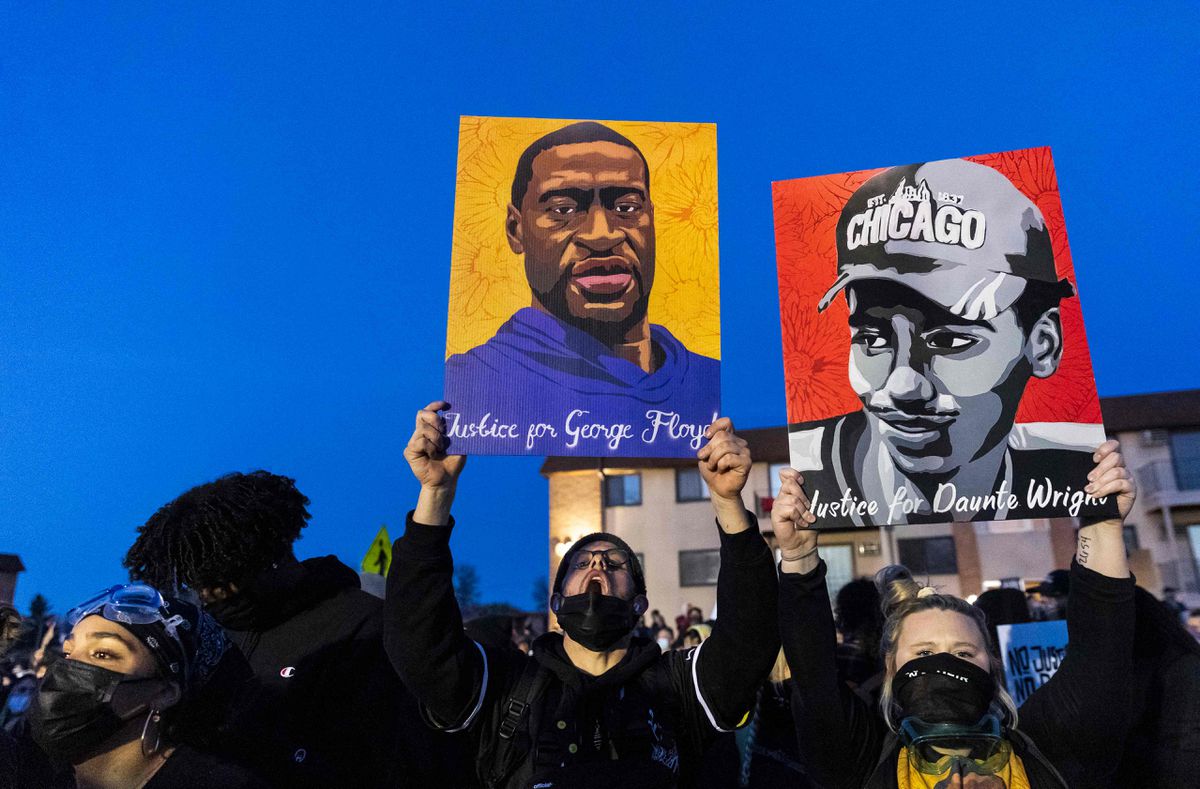 The United States attends the end of the trial against former police officer Derek Chauvin for the death of African American George Floyd with emotions running high, in national mourning for the recent shootings of armed civilians and in full shock over the latest deaths of black men when they were being detained. In Brooklyn Center, a suburb of Minneapolis (Minnesota) 15 minutes by car from the court that is trying Chauvin, protests continue over the fatal shooting of Daunte Wright, 20, carried out by an agent who tried to arrest him and that, according to believe the police, mistook the stun gun for the firearm. Demonstrations are also taking place in Chicago after a video of a 13-year-old boy killed after a police chase was published.

The dramatic passing of Floyd, whose videotaped images went around the world, sparked a global mobilization against racism and has turned this trial into more than just a prosecution against an agent. That is, however, what only the 12 men and women who make up the jury and who were difficult to select in a case as sensitive and political as this, should judge. The most mediatic process in years, perhaps in decades, reaches its final stretch this Monday with the final arguments of the Prosecutor’s Office and the defense. These are the keys after three weeks of trial.

A tragic day of tribute to the fallen. On May 25, 2020, which was a public holiday Monday in the United States, the Minneapolis police received a call from a store clerk, Cup Foods, reporting that a man had bought tobacco with a counterfeit $ 20 bill. The agents went and arrested George Floyd, 46, who was inside a car parked next to the store. At first, Floyd resisted, but before long he was defeated. Lying face down on the ground, Officer Derek Chauvin held him immobilized with his knee behind his neck for more than nine minutes, even though he had stopped resisting and screamed that he could not breathe. In the last minutes the victim was inert and the agent did not raise the pressure to the amazement of the public present. Two other policemen helped him with the immobilization and another controlled the pedestrians. They also face charges, albeit less serious, and will be tried later.

The legal framework of immobilization with the knee. Blocking with the knee on the neck is a legal technique for a detainee who resists or is aggressive, although police departments in different states have prohibited it because it is violent and because of the risks it entails. In Minneapolis it was allowed, but the prosecution has focused during the process that Chauvin used it for a long time without, as seen in the recordings, Floyd moving or being dangerous. One of the key testimonies of the trial was precisely that of the local police chief, Medaria Arredondo, who accused the agent of violating the body’s policy: “Once Floyd stopped resisting, he had to stop.” In addition, he also breached the duty to provide him with medical help when he was shown unconscious.

In video, the testimonies of the trial that question the defense of the ex-agent Chauvin.VIDEO: EPV

Drugs, suffocation and cause of death. Chauvin’s defense has tried to argue that Floyd died from the effects of the drugs he had used and not from suffocation. The toxicology report states that the deceased had fentanyl and methamphetamines in his body, but the medical experts provided by the Prosecutor’s Office – an expert in the respiratory system, Martin J. Tobin, and a physician from the Louisville Police Department, Bill Smock – maintained that death occurred due to lack of oxygen. Smock, in particular, said that Floyd’s behavior was not compatible with that of a person with a fentanyl overdose. On the contrary, the former medical chief of the State of Maryland, David Fowler, called to testify by the defense, pointed out that it was not proven that Chauvin’s knee had caused damage and that Floyd died mainly from his heart problems, although he did admit that the cardiac arrest could have been reversed had he received proper medical attention in the minutes after he was unconscious.

The charges and the difficulty of convicting a police officer. Chauvin is charged with three counts: reckless murder in the second degree; murder in the second degree, which implies intention in the moment, but not premeditation or prior will; and third degree murder, which the State of Minnesota defines as that committed by someone who, although not seeking the objective of killing, causes death by acting dangerously, with a depraved mentality and without regard for human life. Few police officers are charged in the United States with some of these crimes for acts of duty, and even fewer are convicted. Ohio University Criminal Justice Professor Philip M. Stinson estimated that since 2005, only 121 have been charged, when deaths at the hands of the police amount to a thousand a year. The main reason is that, according to a decision of the Supreme Court of 1967, the violation of law by the forces of order, when carried out “in good faith”, in an operation, enjoy “qualified immunity”. In 2015, the same court specified that this would apply except for the violation of “clearly established statutory and constitutional rights”, which has not solved the problem.

A jury before history. The Reverend New Yorker Al Sharpton, the historic and controversial civil rights activist, said shortly before the trial began: “Chauvin is in the dock, but America is on trial.” That’s the exact opposite of the jury, a dozen Hennepin County men and women who, in short, must determine whether Chauvin caused Floyd to death with his knee or contributed to it, but whose decision is going to be mark history. The court tries to choose jurors from among people who have preconceived opinions about a case. This time it was impossible. Most have seen at least fragments of the video and 10 of the 15 selected (two are substitutes and another dropped out) admitted having a “somewhat negative” opinion of the accused, although they seemed moderate and seemed capable of setting aside their prejudices.

Relaxation for vaccinated people: Spahn goes to the Corona cabinet with hope – SPD slows down gastronomy