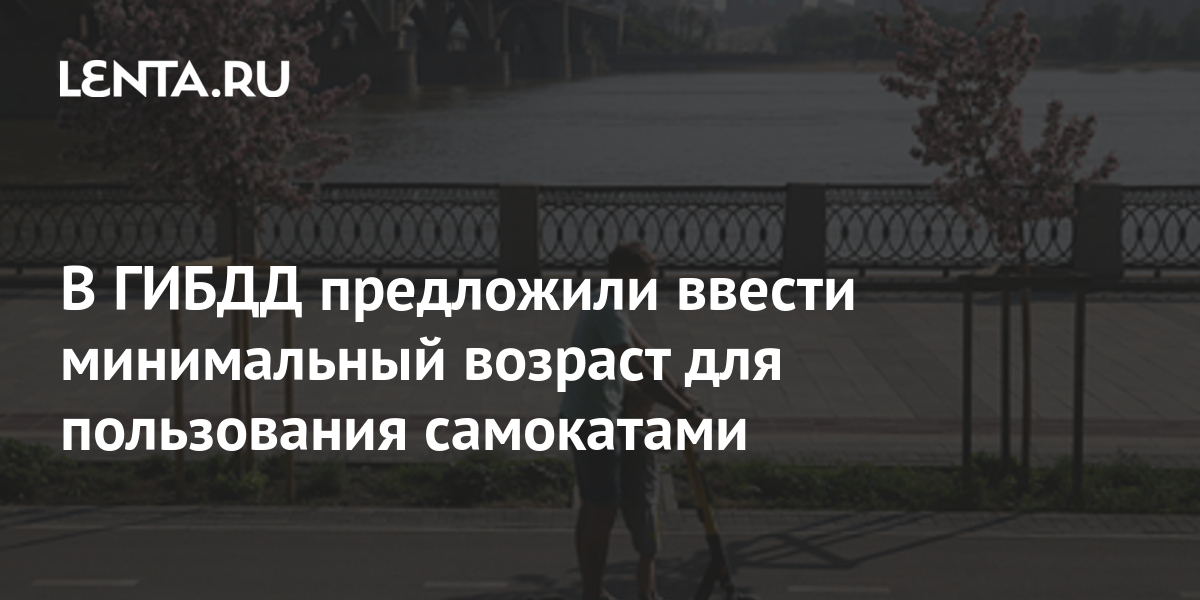 The head of the traffic police of Russia, Mikhail Chernikov, proposed introducing a minimum age for using scooters in order to avoid frequent accidents. This was reported by the Zvezda TV channel.

Chernikov explained that it is important to legislatively regulate a new type of transport, since electric scooters can be dangerous in the flow of people.

“The age threshold is not less than seven years old. Special protective equipment should also be available, ”said the head of the traffic police.

He also asked parents to pay attention to the power of the scooter they buy for their child.