The ‘town crier’: an emblematic character returns to Venezuela to resurrect the paper newspaper 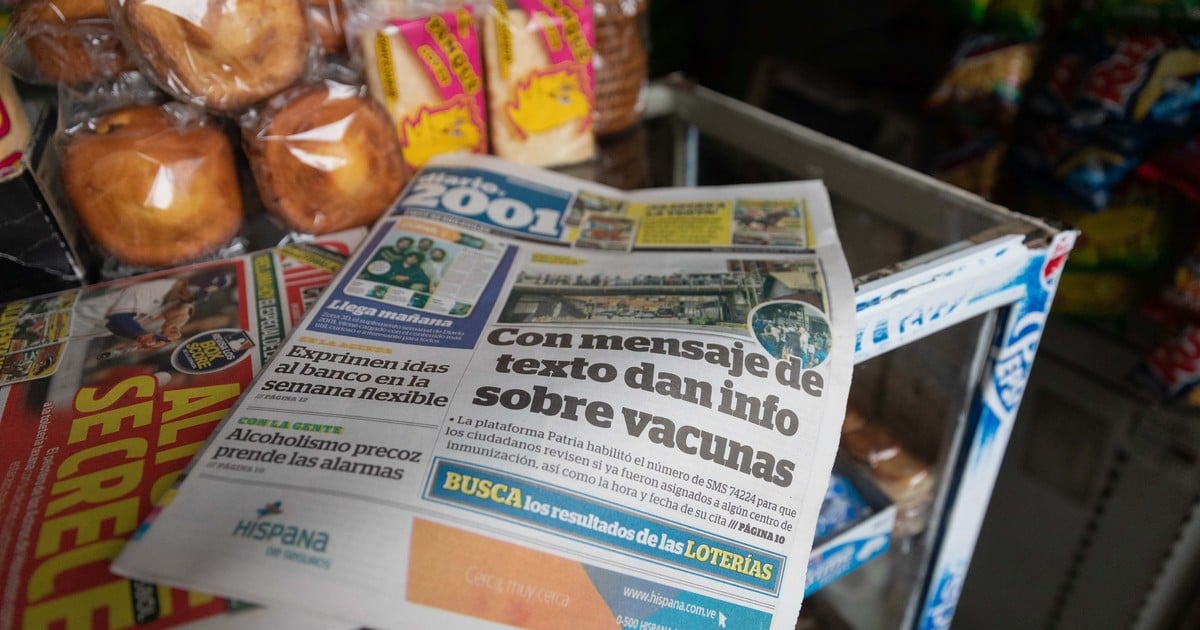 The disappearance of print media in VenezuelaAs a result of the crisis in which the country is sinking, it led publishers to reinvent themselves to go back to the origins and recover the smell of ink and paper of yesteryear.

Thus, the “town crier” is back, as the traditional country is known Newsboy at home.

With this figure the emblematic newspaper will count from next August 3 The National,

Despite the embargo on its headquarters as part of a compensation of 30 million dollars demanded by the number two of Chavismo, Diosdado Cabello, for “moral damage,” the media announced this week that will be reprinted, with limited editions and through a subscription.

The newspaper returns after two years in which it has only been read in digital format, just as it has The Press de Táchira, which began to circulate as a recently printed weekly.

In November 2019, the first edition of the printout also came out Find out, which is distributed for free in different popular areas of Caracas, arriving, through the delivery person or “crier” to the places where people are more isolated, the media editor, Gabriela Rojas, explained to the EFE agency.

“This project arises from a concern and a problem that a group of journalists are detecting, in which we realized that there were a lot of people, much more than you think, who were totally isolated,” he said.

As explained by Rojas, the progressive loss of access to paper needed for printing, shortage of media and high cost The physical format has led to the almost total disappearance of the traditional press, and this led to the loss of “closeness to the people.”

To remedy that distance, Find out it began to circulate in six communities in Caracas with 2,500 copies that were expanded to 6,000 in 17 sectors.

The distribution is done in an “organic” way, thanks to the help from social leaders or inhabitants of those areas such as La Vega, La Cruz, Petare, Chapellin and La Lucha, that is, the “town criers.”

A newspaper and magazine kiosk in Caracas. Photo: EFE

Joel Barreto, one of the leaders who distributes them in two of the communities, told EFE that he feels that people, especially the elderly, are becoming more informed with the delivery of this form and that they had to wait for it to arrive first. a family member with a smartphone to be able to hear the news.

“Older people do not handle smartphones, they are not informed, but now they are looking for me to deliver their newspaper,” he added.

At first, Barreto said, it was “difficult” for people to accept the form; After learning about Find out, they even propose community issues for journalists to develop.

A woman shows the last cover of the Caracas newspaper El Nacional, in December 2018, before they had to close the paper edition. Photo: AFP

The Press and Society Institute (Ipys) considers that it is good news that some media are in circulation in print, but warns that the outlook is not encouraging, since since the creation in 2013 of the Alfredo Maneiro Editorial Complex (CEAM) – a state corporation for the importation and purchase of paper – at least 104 forms have disappeared.

Currently, in the midst of the economic crisis and onslaught of the government of Nicolás Maduro with the independent press, there are only 20 print media in the country and only one –New day, of the Falcón state – is daily; the rest are published on a weekly basis or, depending on the inventory, may circulate two or three times a week.

On May 26, the newspaper Time from Anzoátegui (Oriente) -which became a weekly in 2018- announced the definitive closure of its newspaper due to lack of paper and the economic crisis that the Caribbean nation lives.

With this closure, according to Ipys data, the eastern entity joins other 10 states of the country that are left “media orphans” printed.

The coordinator of Monitor de Libertés of the institute, Yhoger Contreras, pointed out that last year the organization published the study “Atlas del Silencio”, in which he pointed out that 90 municipalities in Venezuela do not have the means to approach those localities.

“This scenario generates greater concern because these people are not being informed about what is happening in the country. We have testimonies from some citizens, who are far from metropolitan areas of some entities, who are living totally disconnected from what is happening” , Contreras alerted.

In this way, he continued, the population that does not have information increases and at the same time it prevents them from making conscious decisions about what they can do in the future, for their benefit or that of their family.