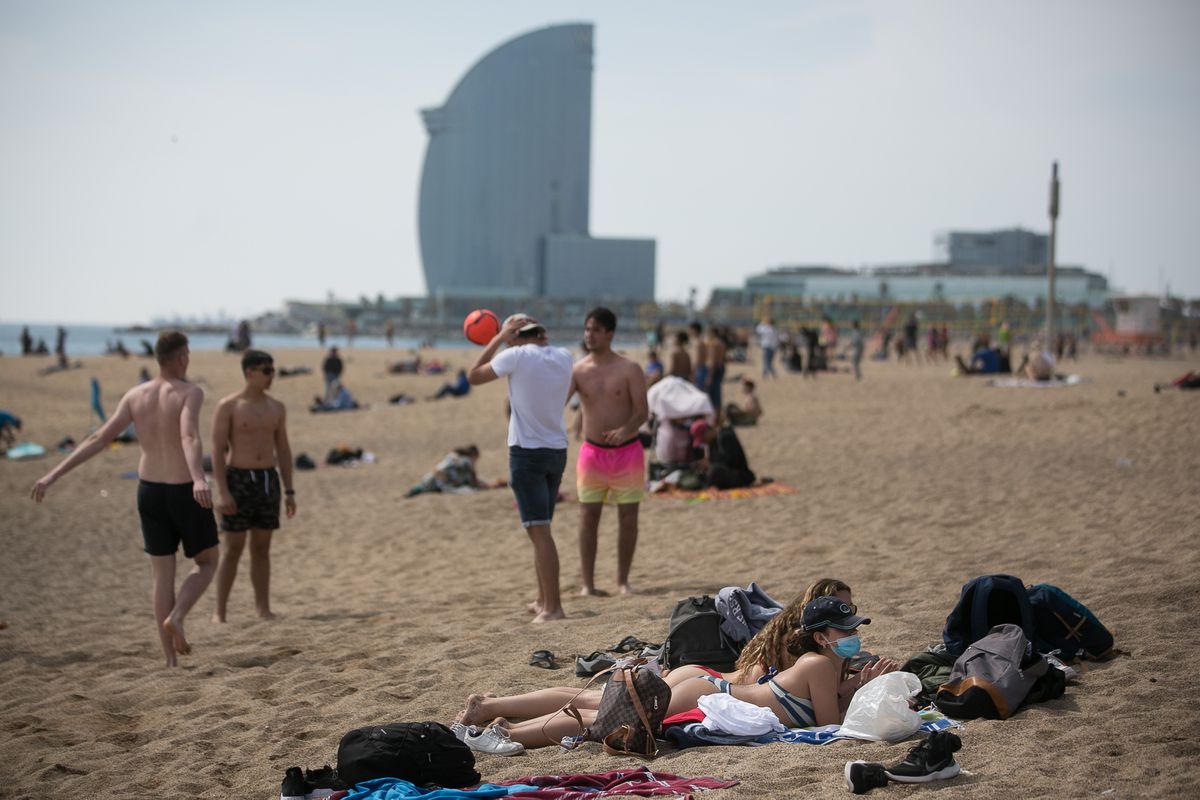 The first quarter of the year has not gone as the tourism sector expected. The successive pandemic waves that have hit Spain and Europe, as well as the consequent restrictions, have kept travel and overnight stays to a minimum between January and March, weighing down the annual forecasts for 2021, which will close with a tourism GDP that is 47.5% lower as of 2019, compared to the -37.6% previously forecast. “The figure is somewhat worse than what was estimated in January, when we did not consider the first quarter and Easter to be lost, and we did not expect so many restrictions in the second quarter,” said José Luis Zoreda, Executive Vice President of Exceltur.

This climate of relative recovery compared to 2020, when revenues plummeted 75%, will only happen if the situation progresses as expected. The bosses’ forecasts contemplate the end of the state of alarm on May 9, which would allow the massive displacement of Spaniards during the next few months due to a “champagne effect”, in the words of Zoreda, after months of perimeter restrictions. This movement would reach its maximum between July and September, when Exceltur expects tourist income levels of domestic travelers of 89.8% compared to 2019, practically on par.

The employers fear, on the other hand, that certain autonomous communities will choose to close their borders again for health reasons once the state of alarm ends. “It gives us some concern that there are unilateral and random attitudes of communities that return to retake some perimeter restrictions,” said the representative of Exceltur. Faced with the possibility that the state of alarm is finally extended, Zoreda has said that it would only diminish the forecasts “if it entails the establishment of mobility restrictions.”

The second leg of the tourism sector, the arrival of foreigners, is the one that worries hoteliers most now. If all goes well, that is, if the so-called covid passport is implemented and the confidence of travelers from the main issuing countries (the United Kingdom, Germany and France) is improved, Exceltur expects that the tourist income from foreigners will be 50 , 8% lower than those of 2019, and this audience is not expected to arrive en masse until the end of June or the beginning of July.

In this context, the employers demand a change in the direct aid plan for companies that the Government approved in March, endowed with 7,000 million. “There are 59% of the companies that have nothing to do with tourism,” criticized the employer’s representative, who assumes that the aid is intended for their sector and proposes to leave aside all those external to tourism “because of their condition of being the ones that have suffered the most from the decrease in sales ”. It also asks to increase the endowment of the fund so that medium and large companies receive greater aid, now limited to 200,000 euros per business.

Likewise, the sector demands an extension of the ERTE at least until December, well above what was proposed this Monday by José Luis Escrivá, Minister of Social Security, who proposes to stretch the employment safeguard measure for “three or four months”, for the moment.

Regarding the European recovery funds, the employers criticize that one destined for tourism has not been included among the six initial PERTEs, and proposes one that addresses the reconversion of mature coastal destinations, those that attract mass tourism, “which are losing competitiveness and attractiveness ”compared to foreign destinations, Zoreda pointed out.

The sector also calls for an acceleration of vaccination to guarantee the confidence of travelers and a greater persecution of tourist apartments where illegal parties take place “that condition the external image of Spain”.

The islands will once again be the most punished

The weak recovery in international tourism expected for this summer will especially hit the islands and urban destinations. In the second quarter of 2019, the weight of foreign travelers reached 92% in the Balearic Islands, 85% in the Canary Islands and 74% in Catalonia. Along the same lines, these three destinations occupy the podium of the communities where hoteliers expect a greater drop in income in the next three months, of around 80% compared to 2019.

Much worse were the data from January to March, the high season in the Canary Islands. The decline in income in Lanzarote reached more than 95% compared to 2019, and in all the islands it was greater than 90%. “In tourist terms it is like not existing”, has sentenced José Luis Zoreda.

“The most optimistic destinations are inland and some on the coast more dependent on Spanish demand,” says Óscar Perelli, Exceltur’s director of studies. In Extremadura, Castilla-La Mancha and Valencia, among others, the fall in revenue for the second quarter of 2021 would be around 60-65% in hotels, according to forecasts.

The Chadian army is promising "democratic" elections after Déby's death

Coronavirus: Brazil asks to postpone pregnancies and puts all pregnant women in the first place to vaccinate