The tourism sector considers the first quarter of 2021 for lost 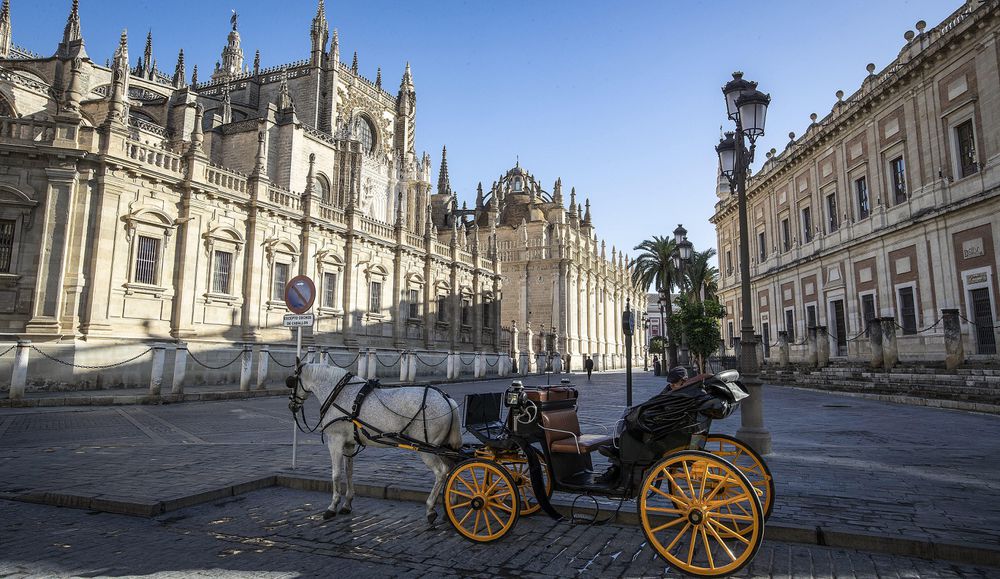 2020 has been the year of the collapse of one of the most important legs of the Spanish economy due to the coronavirus: tourism. And for this new year, the outlook remains bleak. In fact, the sector considers the first quarter as lost, including Easter, which is usually the starting signal for the busiest months of the high season. Also, as if that were not enough, another very complicated summer is expected. According to Exceltur’s calculations after a survey of businessmen in the sector, between January and March sales compared to 2020 will fall by 79%. Some worrying data, since last year there was not a good first quarter because half of March was lost due to the confinement.

This new collapse is based on the mobility restrictions in force in different European countries. “92.6% of foreign tourist demand is blocked at the beginning of 2021 by confinements and quarantines compared to January 2020 in terms of hotel overnight stays”, includes the report presented by Exceltur. “Until the second semester we will not begin to see the recovery of international tourism,” said José Luis Zoreda, vice president of Exceltur, who maintains that it will most likely only arrive at the end of the summer. In other words, the high season is once again in doubt after last year’s hit.

For this reason, the prospects for entrepreneurs are fraught with uncertainty and anticipate a new drama for the sector. Of course, as the months go by, they expect an improvement until the end of the year with a drop of 45.4% compared to the 2019 tourism results (the reference year being prior to the impact of the pandemic). A bad result that contains some hope: it will improve the sinking registered last year, which closed with a bleeding of 69.7%.

This bad start of foreign tourism can be extrapolated to local tourist demand, which last year withstood the blow better. “73.9% of the national tourist demand is also blocked in January 2021 by perimeter closures compared to January 2020 in terms of hotel overnight stays,” adds Exceltur. In other words, those local trips that had saved at least part of the companies’ accounts are currently plugged. Hence, the forecast is that reduced activity will spread among all subsectors of the tourism value chain.

The great workhorse of the tourism sector for months is trying to start an ambitious plan of direct aid to the Government of Spain and the rest of public administrations. At the moment, with little success, since the announced measures do not even a little satiate a tourist industry that sees thousands of companies on the wire. According to him lobby tourist Exceltur, they no longer serve half measures or more soft loans: companies are over-indebted and they will only use hard cash to get some air. Otherwise, many will not make it to next summer. “More than 30% of the companies in our sector are at risk of falling”, said Óscar Perelli, Exceltur’s director of studies.

The loss figures in the last year are dizzying (and what remains). That is why Exceltur focuses the shot on non-refundable aid, which amounts to 5,316 million euros in the next six months: 2,008 million for tourist accommodation, 1,498 million for 30% of the restoration that depends on tourism according to the INE, 1,020 million for leisure of tourist interest and 790 million for travel agencies, car rental companies and discretionary tourist road transport. If in the restoration one wanted to extend the aid to the entire sector, the account would go from 1,498 million to 4,496 million, according to Exceltur’s calculations. In other words, the total amount would reach 8,314 million in this case.

This economic injection should reach SMEs as a priority. “Viable companies from the entire tourism value chain directly affected by falls in sales of over 50% with financing of 60% -80% of fixed expenses in the next months of 2021,” the report adds. “The sector has benefited from general aid such as ERTE or ICO loans, but not from concrete ambitious measures for this industry as other countries have done, for example Italy, France, the Netherlands, Germany or the United Kingdom,” he said. Zoreda explained.

In addition to these non-refundable aid, Exceltur demands that the rate of vaccination be accelerated (including tourist workers), key to providing security and returning to something similar to normality in mobility, that the ERTE be renewed after May as a structural figure until the end of the year and that the support plan for large strategic companies of the fund managed by SEPI is maintained.

NATO, Russia, China: Germany is not prepared for Biden