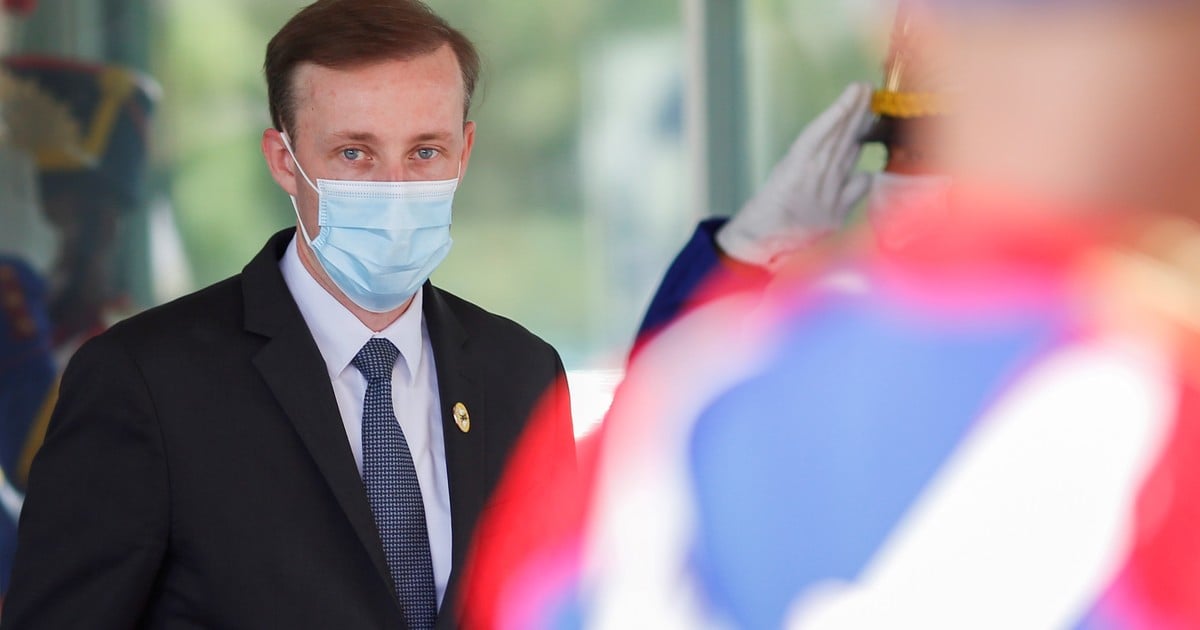 The National Security Advisor of the White House, the man who decides with President Joe Biden the most delicate matters of politics, security and defense of the United States, arrived this Thursday night in Buenos Aires from Brasilia, to meet this Friday with Alberto Fernández and part of his government. Behind the young and limpid expression that characterizes Jacob Jeremiah “Jake” Sullivan is the figure of one of the most important men in Joe Biden’s government.

In Argentina, Sullivan has a marathon agenda from morning to late afternoon, of interviews with ministers, legislators and businessmen.

Alberto F. wants to go see Biden as soon as possible -In September he plans to travel to New York to the UN Assembly and to Mexico if a CELAC summit is held- and in the barbecue with which he will receive the US delegation this Friday your letter will be the fight against climate change, from central interest for the Democratic agenda. But there is still a long way to go, and the ambassador is working on that trip. Jorge Argüello and Foreign Minister Felipe Solá.

But at this time, Sullivan’s visit to Argentina cannot be detached from what was his time in Brazil. Above all, because it worked as a kind of “reconciliation” of the Democrats with the power of the region, to the point that the own Jair bolsonaro space was made to greet Sullivan, leaving behind the days when he agreed with Donald Trump when the tycoon denounced from his presidency that Biden’s victory was “fraud.”

But also because it also showed the letters of the Biden administration, in the fact that the Republican agenda continues on the great geo-strategic issues. Especially because of his misgivings about Russian and Chinese outpost in the region on telecommunications, military, logistics, vaccines issues.

Sullivan, and the team of officials accompanying him on this tour, spoke with the Chancellor and the Minister of Defense of Brazil (Carlos França and Walter Braga Netto), the The United States has objections to the possible entry of the giant Huawei in the 5G operations that Brazil is going to tender at the end of this year.

This is a debate that in Argentina is still green but that will soon be treated. Americans want the Chinese and Russians out of the South Atlantic. They tried with the Coast Guard a maritime patrol exercise against illegal fishing but the Government – always in tension over the demands of harsh Christianity – rejected it and now Washington is in alliance on this matter with Luis Lacalle Pou, who plays his cards looking for a trade agreement with the United States, with or without Mercosur.

On the other hand, the press in Brazil reflected this Thursday that Sullivan analyzed with the Brazilians the crisis in Cuba and Venezuela, where Bolsonaro and Biden have been allies and Argentina has not.

Even so, in dialogue with sources in Washington, this newspaper was able to appreciate Fernández’s democratic gaze on Argentina. They consider it the “cool left” and a good non-radicalized interlocutor. This vision was influenced by the visit made to Argentina by the adviser for the region of the National Security Council, Juan Gonzalez – who now accompanies Sullivan – and the now former Acting Undersecretary of the Western Hemisphere Julie Chung, now appointed by Biden as his ambassador to Sri Lanka.

They will be part of the select lunch in Olivos with Foreign Minister Solá, Argüello and the Secretary for Strategic Affairs, Gustavo Béliz. Early there will be another meeting in La Rosada with ministers Martin Guzmán (Economy), Juan Cabandié (Environment) and Matias Kulfas (Production), among others.

After lunch, he will meet with legislators from the Parliamentary Friendship Commission, Argentina-United States. They will be the deputy Eduardo Valdés, the senator Jorge Taiana, and opponents like Silvia Lospenatto. As this newspaper has already reported, at the end of the day, Sullivan will listen to the nucleated businessmen not only at AmCham; of Energy, Pharmaceuticals, Industry, Knowledge.

It will be within the framework of a meeting that will be held at the San Martín Palace at the end of the afternoon and that will be part of the Economic and Social Council created by Beliz.