The tireless tour of López Obrador 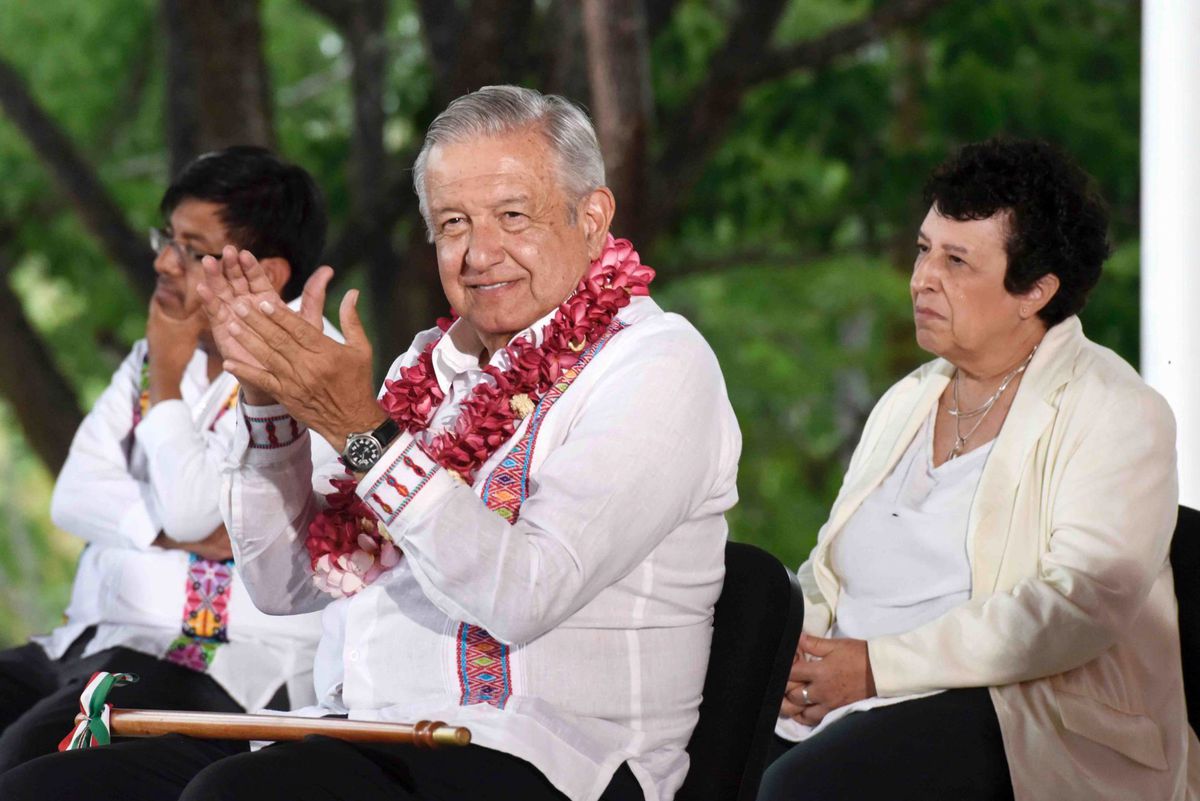 The ability of President Andrés Manuel López Obrador to do politics with mud-stained shoes is one of the hallmarks that keep his popularity indestructible despite the ballot box.

It happened this Saturday during a visit to Oaxaca. The 23rd tour he has been doing in this state since he won the elections almost three years ago. With the electoral hangover still recent, few leaders could appear in a state governed by the opposition of the PRI and conquer its inhabitants with a discourse between the political and the religious under the tin roof of the basketball court.

Accompanied by Governor Alejandro Murat, in a single day, López Obrador inaugurated a stretch of highway, acted as a mediator in a conflict between two communities and hinted at his intentions to approach the PRI with an irony. “All Oaxaca is a beauty” [el acróstico de PRI más MORena]”, He said smiling at Murat as if it were a declaration of intent on the new political stage that is beginning and in which he will need the once ‘single party’ to carry out some of his proposals. “The capital, Oaxaca, is one of the most beautiful cities in the world; and the coast of Oaxaca, the same ”, he added, trying to hide the joke.

We ended up in San Vicente Coatlán. Here it was agreed that, after 60 years of agrarian conflict with the municipality of Villa Sola de Vega and more than 100 victims, begin a process of pacification between both peoples. pic.twitter.com/xaR3WVTgaa

The day had begun traveling the eternal highway that will link the Oaxacan capital with Puerto Escondido, on the coast. A 164-kilometer dream yearned for in the region, which began more than a decade ago, but has been passed from hand to hand by all administrations and has only achieved 67% progress. Finally, the road will be completed within a year, the president promised. It was then that it reached the ears of his team that the residents of a nearby municipality intended to block the road to attract the attention of the president when he passed by. “It was not in the program, but we will be there with you to finish agreeing and walking together,” replied the Tabasco.

Without the need for papers, indigenous advisor or last minute documentation, López Obrador knew perfectly well a conflict that periodically jumps to the news due to the cruelty of revenge. San Vicente Coatlán and Sola de Vega are two Zapotec towns of about 3,000 inhabitants nestled in the southern highlands and faced since colonial times over lands. The dispute with Sola de Vega is for 80,000 hectares that San Vicente Coatlán has shown to be his. A commission even traveled to Spain in its day to verify the legality of their claims in the Archivo de Indias. Although a judge agreed with them, so far no government has taken up the matter and the consequences is that in recent years the violence has ended the lives of between 30 and 50 people, filling with tears and unresolved grievances. saw.

The news that López Obrador would reach his town quickly spread from word of mouth and in a short time more than a thousand neighbors, the brass band, the various women with gifts gathered to receive the president. “They have called San Vicente a town of thugs because we have defended the resources that belong to us,” he heard a neighbor say. “We no longer want to live in violence with our brothers from Sola de Vega, we want to find an immediate and root solution, as you well say, we no longer want gunshots, we want hugs,” said another.

Dressed in a guayabera and sheltered by a woven jacket that a woman gave him, López Obrador stood up and, microphone in hand, appealed to respect, the Oaxacan culture, the Old Testament and the Talion Law. “With Jesus Christ, he said, I start a new philosophical conception, since he said if they hit you, turn the other cheek. That is not cowardice, it is love, and it is also common sense, practical judgment. If we go to the tooth for a tooth, an eye for an eye, we would all end up with toothless or one-eyed people. That is why the way is non-violence ”, he told an audience that was listening to him attentively.

“Only very cultured peoples, after decades of conflict, agree to peace, I had been talking about this issue with my son [Jesús Ernesto] that accompanies me, ”he continued. Two hours had passed, it was starting to rain and I had to continue the tour. So López Obrador asked the governor of Oaxaca, Alejandro Murat Hinojosa, to take charge of leading this peace process and also proposed that Adelfo Regino, director of the National Institute of Indigenous Peoples, be the representative of the Government in this search process. of dialogue. Before leaving, he promised to return to sign the peace treaty between the two communities. The chronicles from the place collect that the neighbors had killed a cattle to feed the distinguished retinue, but there was no time for more. The news came out of the mountains when the president posted on Twitter “Here it was agreed that, after 60 years of agrarian conflict with the municipality of Sola de Vega and more than 100 victims, begin a process of pacification.”