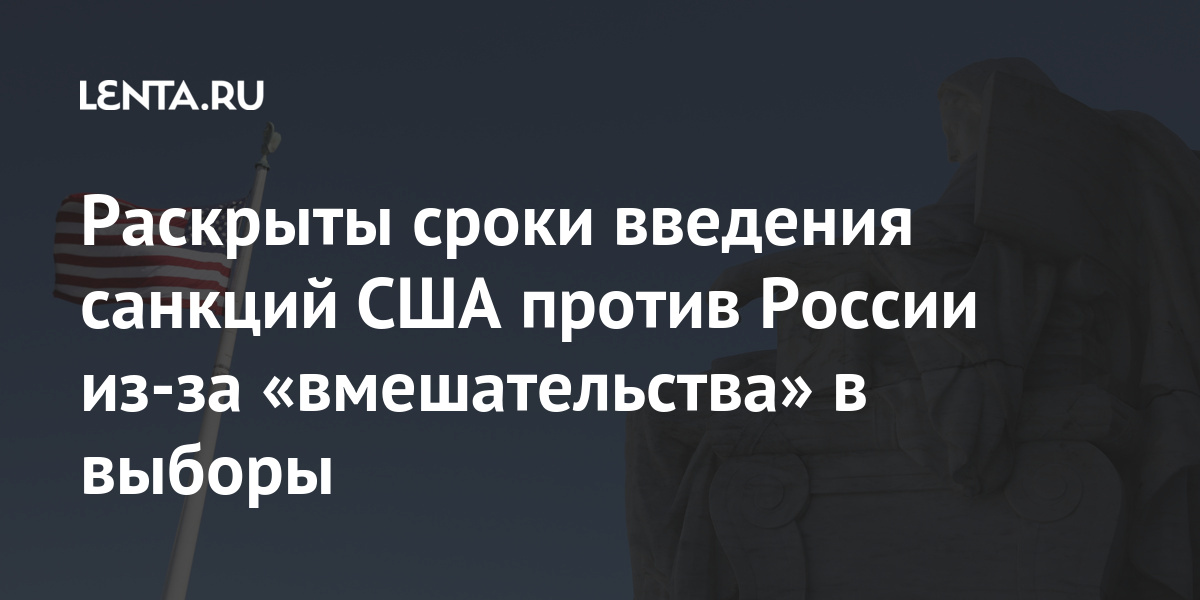 The timing of the imposition of US sanctions against Russia and Iran in connection with allegations of American intelligence about the “interference” of these countries in the election of the American president in 2020 has been disclosed. This was reported by the CNN TV channel.

“The Biden administration will respond and will do it quickly by imposing sanctions, probably as early as next week,” the journalist said on the air of the channel, citing sources from among US officials.

US intelligence released a report in which it accused Russia and Iran of meddling in the 2020 presidential election. Washington accuses Moscow of trying to support Donald Trump’s re-election, discredit Joe Biden and “sow discord” in American society. At the same time, Iran also allegedly “made attempts to influence the elections in the United States” and tried to prevent Trump’s victory. In this regard, the United States has already announced sanctions against Russia.

On November 3, 2020, the next presidential elections were held in the United States. On January 7, the US Congress approved the victory of Democrat Joe Biden, he became the 46th head of state.

What freelancers and entrepreneurs can request the new direct help from the Government?