The Tigers impose a draw on the title holder 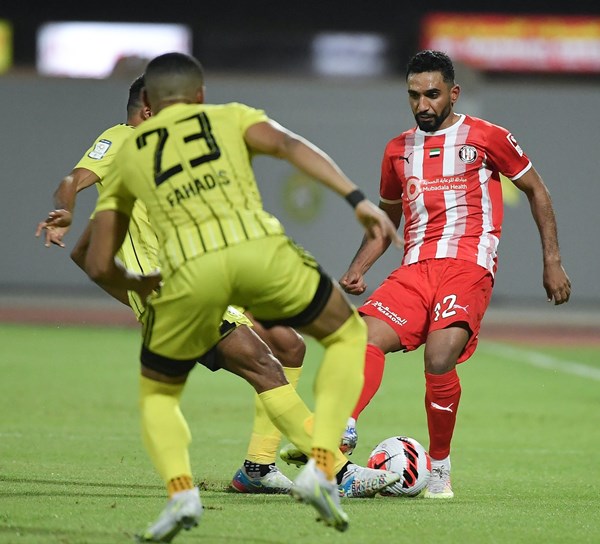 Faisal Al Naqbi (Kalba)
The Kalba Union imposed a negative tie on Al-Jazira, the title holder, after a strong match, in the second round of the “ADNOC Professional League”, and the “Pride of Abu Dhabi” failed to “decipher” the defenses of the “Tigers” throughout the two halves, despite the opportunities it had, and for the match For the second time in a row, Al Jazira striker Ali Mabkhout did not appear, and fasted from visiting the net, although he is the historical top scorer for the two teams’ meetings with 14 goals, and “Abu Dhabi Pride” raised his score to 4 points.
On the other hand, the “Tigers” placed the first point in the league, in front of a difficult opponent, and succeeded in obtaining the second draw in the “Professional Era” with Al-Jazira out of 13 meetings between them.
In the first half, the Kalba Union defense succeeded in eliminating the danger of the guests’ attackers, especially the “sniper” Mabkhout, and defender Mohammed Sabeel almost scored a beautiful goal in the net of Ali Khaseef, Al-Jazira goalkeeper, during the half-minutes, had it not been for the ball hitting the crossbar, and the referee canceled a penalty kick for the owner of the land. After resorting to “video technology”, and despite the two teams’ attempts to kidnap a goal, the match ended in a draw without goals.

Pope and other Catholic clerics call on: get vaccinated