The tides and the days of eternal sunshine 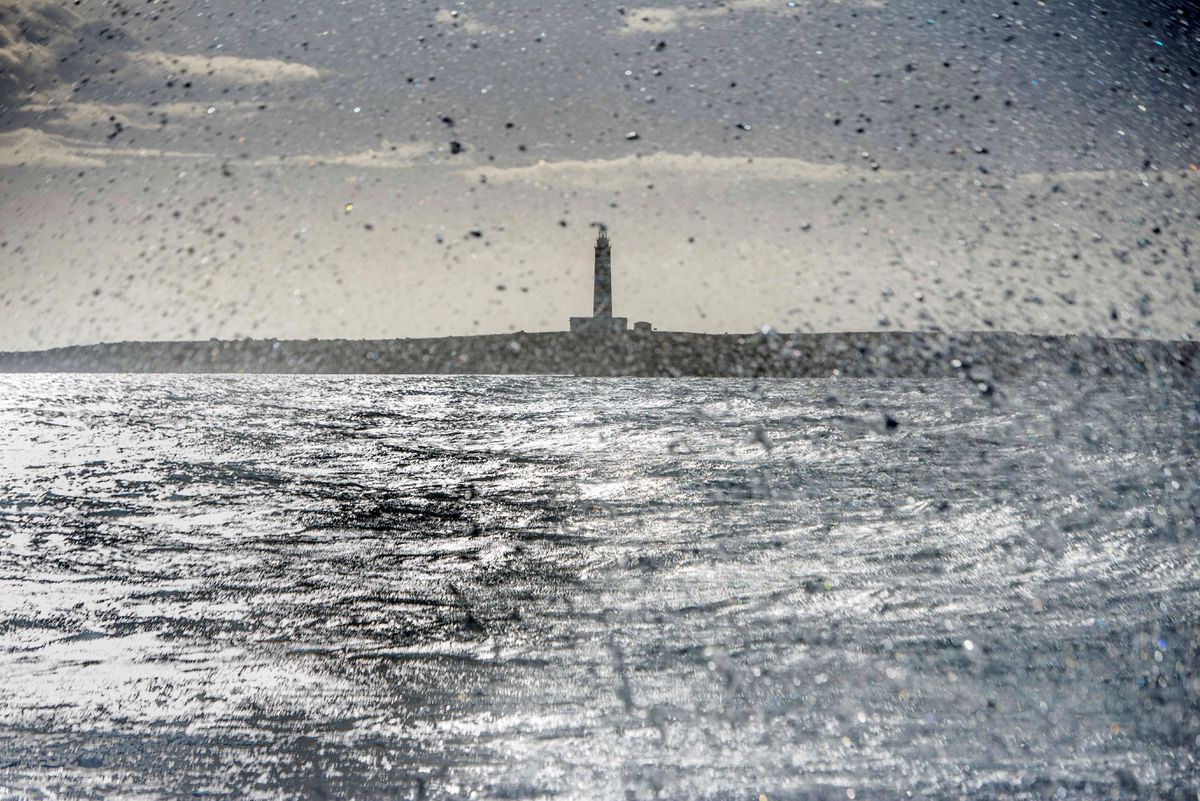 When the three crew of the spaceship Endurance They arrive at Miller, the first planet to orbit the black hole called Gargantua, they find a planet covered in water with a landscape of mountains in the background. It is too late when they realize that they are not mountains, they are waves, and a giant will waste precious time. We are in the movie Interstellar Christopher Nolan and the protagonists have suffered the effect of the brutal tidal forces that well-advised screenwriters envisioned for that world.

The tidal force, on our planet, explains the periodic change in sea level that is perceived on the coasts, hence its name. It is a direct effect of the gravitational influence of the Moon (and the Sun) on the Earth’s surface. It works like this: the part of the Earth closest to the Moon suffers a more intense gravity than the part furthest away, causing a deformation of the Earth’s crust of almost a foot. A kind of bulge forms on a quarter of the Earth’s surface that moves as our satellite moves through its orbit. The effect is most obvious in large moving masses such as the oceans that rise in the direction of the Moon and the Sun. When the Earth, Moon and Sun are aligned in their orbits (new moon and full moon) the maximum effect is reached: the spring tides. Hence the successful giant waves of Interstellar which, in the case of the planet Miller, are caused by Gargantua, whose great mass and proximity causes more intense gravitational effects.

This warp mechanism is not a trifle on a planetary scale. It is responsible, among other things, for the heating of Jupiter’s moons. The extreme volcanism of Io, for example, it is caused directly by the kilometer-high deformation that the moon undergoes in its orbit around the giant planet. In the case of the moon Europe, the friction generated on a surface that is continuously deforming provides the necessary heat to keep the liquid ocean below the icy surface of the moon, making it one of the most interesting objects in the search for life in the Solar System.

These forces lengthen the duration of the days on Earth, and cause the Moon to move away and that we always see the same face.

These forces are also responsible for other curious phenomena. They lengthen the duration of the days on Earth and cause the Moon to move away and that we always see the same face. This is because the tidal forces generate changes in the rotational speed of the bodies involved. On Earth, the length of days has changed on scales of millions of years. In the time of the dinosaurs, the Earth day lasted only twenty-two hours, compared to twenty-four today. And the effect is also felt on the Moon, which has ended up rotating coupled to the Earth by tidal forces and takes the same days to rotate once on its axis as it does to orbit the Earth once. We always see the same face to the Moon because over time the rotation speed of the satellite has become synchronized with its orbital speed.

This can be extrapolated to any planet-moon or planet-star system and we have found worlds where days (on one side of the planet) are eternal. Many of the exoplanets discovered with orbits close to their stars end up always showing the same face. They are worlds where it is always day on one side of the planet and night on the other. If the two bodies are close enough for tidal forces to act, it takes exactly the same time for the planet to rotate around its own axis over time as it does to rotate around its host star or gravitational companion. These exoplanets would be subjected to such extreme climates that, in principle, unless they have an atmosphere with winds that blow across the surface mitigating these effects and allowing a more moderate meteorology, any possibility of life on the surface could be excluded.

This gravitational phenomenon is also involved in the formation of comets such as the Halley. This type of kite comes from the oort cloud which is the outermost part of the Solar System (it extends over a light year from the Sun) and is made up of billions of icy rocks. These rocks or planetesimals, which in principle are located in very distant orbits, heat up and begin to evaporate, becoming comets when they are launched into the Solar System. What acts as a catapult for the rocks is the deformation of the Oort cloud by tidal forces caused by the gravitational field of the Milky Way. The cloud stretches in the direction of the galactic center and compresses along the other two axes, just like the Earth in response to the presence of the Moon. The Sun’s gravity is weak enough at such a distance that these small galactic disturbances are enough to literally throw some of these small bodies towards the Sun turning them into comets.

Tidal forces are also capable of smashing entire stars if they orbit around black holes or heavier companions, and of smashing moons and asteroids that fall in the vicinity of white dwarfs or neutron stars. When they operate on a galactic scale, they have very important effects on the collisions between these gigantic structures made up of millions of stars, leading to the rupture of dwarf galaxies. Visual manifestations The most striking of the galactic tides in action can be seen in the shape of the tails generated by galaxies in collision trajectory or with close orbits. The giant tails of debris they generate are collections of stars that have been literally ripped from their galaxies by tidal forces. But not everything is drama, they can also compress interstellar gas clouds within galaxies causing the formation of large numbers of stars that somehow compensate for those they have stolen.

So if you are lucky enough to enjoy the sea this summer, remember that the same mechanism that makes you move the towel on the beach a couple of times a day so that it does not get wet because the tide rises also moves kites, destroys moons and asteroids. and pluck stars from their galaxies. But above all that it is also responsible for the existence of sunny days that never end in some world very, very far away.

Eva villaver She is a researcher at the Astrobiology Center, dependent on the Higher Council for Scientific Research and the National Institute for Aerospace Technology (CAB / CSIC-INTA).

Cosmic Void It is a section in which our knowledge about the universe is presented in a qualitative and quantitative way. It is intended to explain the importance of understanding the cosmos not only from a scientific point of view but also from a philosophical, social and economic point of view. The name “cosmic vacuum” refers to the fact that the universe is and is, for the most part, empty, with less than 1 atom per cubic meter, despite the fact that in our environment, paradoxically, there are quintillion atoms per meter cubic, which invites us to reflect on our existence and the presence of life in the universe. The section is made up of Pablo G. Pérez González, researcher at the Center for Astrobiology; Patricia Sánchez Blázquez, Professor at the Complutense University of Madrid (UCM); Y Eva villaver, researcher at the Center for Astrobiology.