The threat to the planet 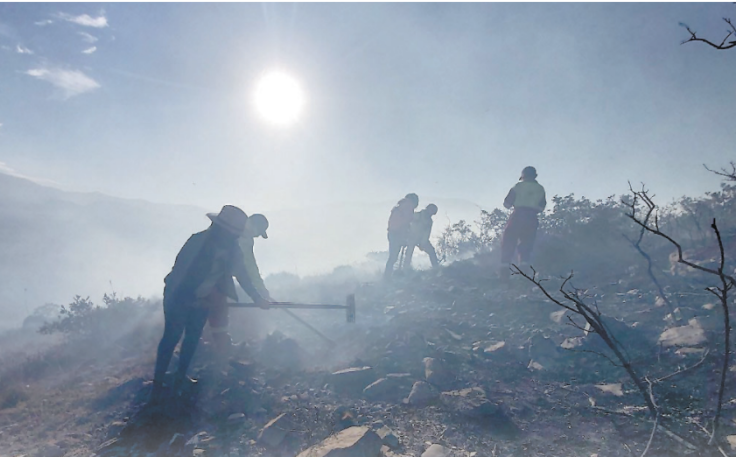 On Monday, August 9, the Intergovernmental Panel on Climate Change, a body of scientists convened by the UN, plant? five scenarios for the future.

The scenarios range from the rise of 1.1 degrees Celsius in the seas to 1.5 degrees in the 2030s, with severe droughts, disappearance of animals and plants; increased to 2 degrees in 2050 with two heat waves every seven years and a sea rise of 20 centimeters to half a meter in 2100, and if there are no changes it would rise to 3 to 4 degrees Celsius by the end of the century.

In October 2019 we chatted with the doctor Luis Ricardo Fern? Ndez Carril, professor of Tec de Monterrey and researcher on Sustainability and Climate Change.

What? is it doing in Mexico to face the Climate Emergency?

The National Institute of Ecology and Climate Change its T? full of highly intelligent, educated people who are academics, including the principalAmparo Mart? Nez, a sensational person.

But with the ability to convince the group to respect and care for them?

It seems that no, also in Semarnat there is a prepared person.

Do they know how serious the situation is?

Because with all due respect, doctor, you can incur irresponsibility by omission, that is, if you know and have that responsibility you can go to President L ?pez Obrador and urge him to support you.

There is a clash between personal information and beliefs and reality. A few weeks ago there was a worldwide movement, a protest against climate change and there? it was known what the President of Mexico thinks. His answer was:? There is no need to declare a Climate Emergency, you just have to take care of the environment.?

That says very clearly where it is? his thought.

And what should be the role of society in the face of the closure of its authorities?

We are not going to take the term climate change, but Climate Emergency so that people understand the seriousness of the situation. To my students, for example, I try to make it very clear: you study accounting or you are an industrial engineer, you have a role as a professional and as an individual.

What? Do you tell people that they must make the decisions to be clear about what a Climate Emergency means?

Remind governments of the commitments they have to observe what science is doing. saying clearly. What the United Nations panel of experts on Climate Change says, where four Mexicans also work as authors; observe what science is? Saying that we are about to exceed 1.5 degrees centigrade, we are on our way to 2, 3 or 4. The economic interest cannot be above the future of our children.

And we the governed what? we can and what? we must do?

The only thing we have and can do is follow our? Ecological footprint ?, that is, take care of water, resources, emissions …

How much (liquid) should we consume per day?

Studies indicate that two planets are required to meet everyone’s needs. Many people don’t even know the impact this has? He does not notice that it is also because of our lifestyle that has led us to consumerism.

You said that countries should declare themselves in emergency?

Ace? is, Argentina has already done it.

President L? Pez Obrador He said (in this regard) “no emergency”, that he was not going to declare it and that he had to take care of the environment.