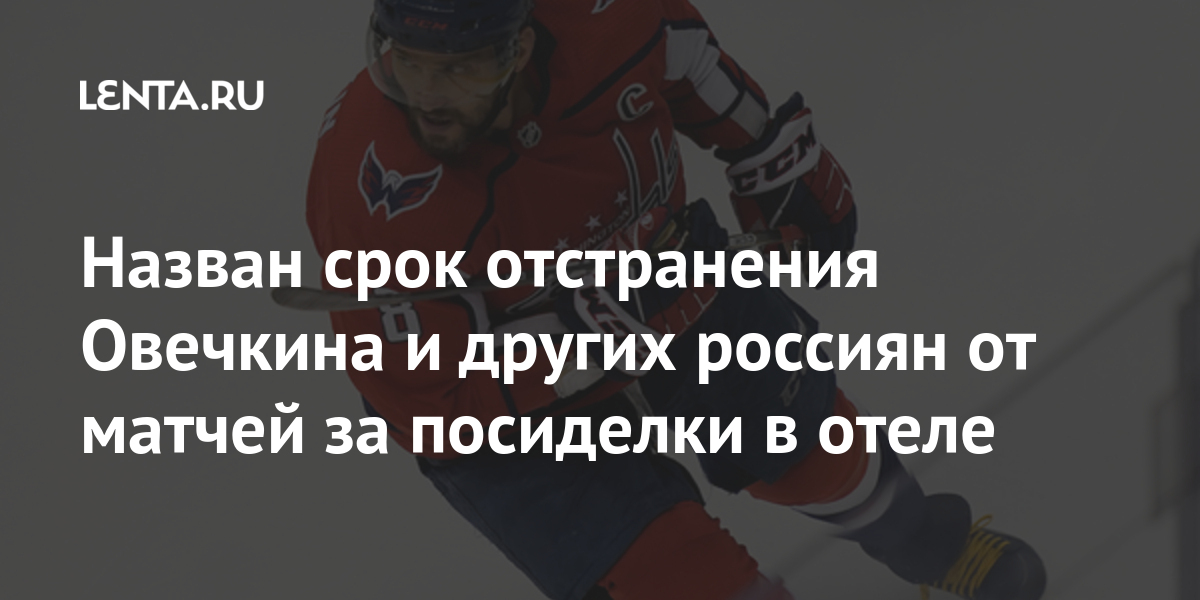 Russian Washington Capitals players have been suspended for four National Hockey League (NHL) regular season games for violating coronavirus medical protocols. About this in Twitter wrote the journalist Samantha Pell with reference to the head coach of the team Peter Lavioletta.

According to the source, striker Alexander Ovechkin, as well as forward Yevgeny Kuznetsov, defender Dmitry Orlov and goalkeeper Ilya Samsonov are in quarantine, so they will not take part in the next meetings.

Earlier on December 21, the NHL management banned Russian hockey players from training due to gatherings at the hotel. It was reported that the players interacted with each other in a hotel room without masks, without respecting social distance. In addition to the suspension, the Capitals were fined $ 100,000.

Ovechkin has played four matches in the regular season this season. The Russian scored one goal and made four assists.