The tennis season starts, it’s up to Sinner: he is the protagonist of Sportweek 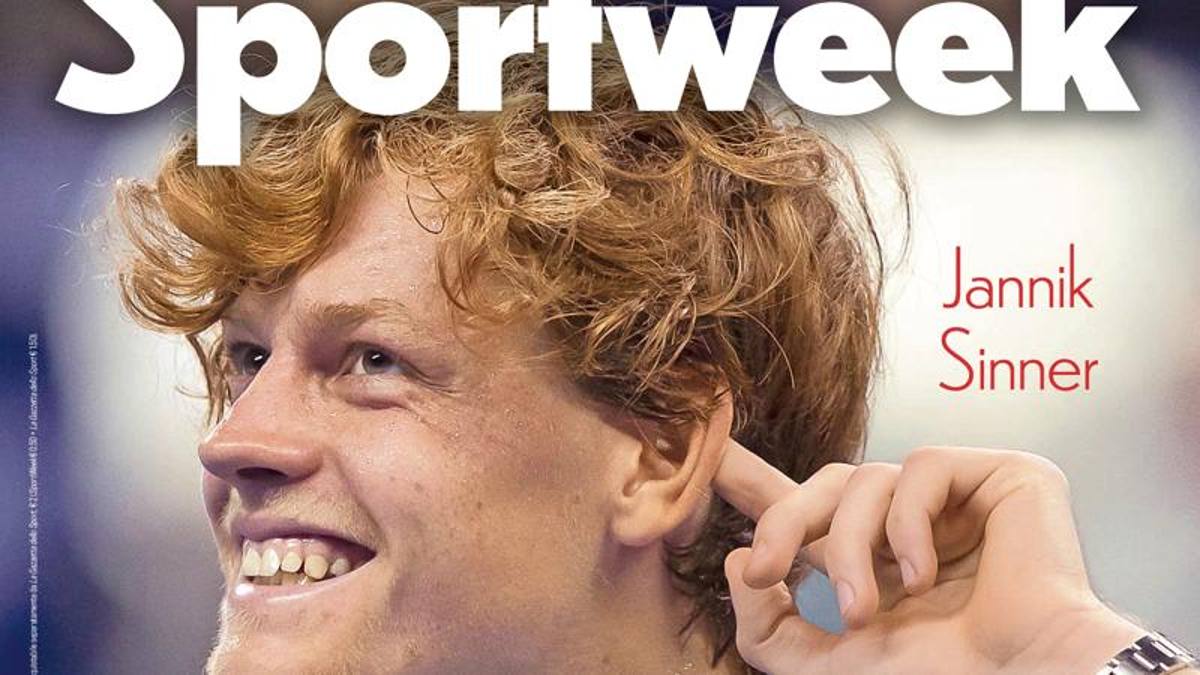 In the January 15th issue, an interview to learn more about the tennis player of the present and the future. But also a chat with “grandfather” Andreazzoli, a tribute to Muhammad Ali and much more

The tennis season has begun and he is still the leader, Novak Djokovic, the number 1 in the world, even without picking up the racket, with his stances against the vaccine and the issue of the entry visa to Australia. In short, in 2022 it will still be Nole against everyone, and everyone against Nole. Starting with the Russian Daniil Medvedev, 2nd in the ATP ranking, who last year denied him the joy of the Grand Slam, and the naturalized German Alexander Zverev, 3rd. Without forgetting Rafa Nadal, who at the age of 35, after a 5-month break due to a foot injury, returned to the scene in Melbourne, winning the ATP 250 tournament, his 89th career: for the number 6 in the world, who has 20 Grand Slams like Djokovic and Federer on the board, the main objective this year will be to win the 14th Roland Garros. But this season, after the rings last season, there is also a lot of expectation for the Italians, especially Matteo Berrettini (7th in the ranking) and Jannik Sinner (11th). And the enfant prodige of our tennis, in view of the Australian Open, is the cover face of Sportweek on newsstands tomorrow (2 euros together with the Gazzetta), with an exclusive interview in which he also reveals the hidden face of his character , the less serious one away from the pitch: “I live for tennis, it’s true. But off the court I’m very different … I laugh, joke, I enjoy myself. In girls I look for sincerity. And I get angry with those who rush me without reason “. On the pitch, however, “after a very intense year I feel more mature: I look forward and I am also learning to use the public as a weapon”.

See also  Juve, listen to Tardelli: "The problems are in the players' heads"

From tennis to football, we went to visit Aurelio Andreazzoli, the oldest Serie A coach who, however, with a very modern mentality, is doing excellent things at Empoli together with a band of twenty-year-olds. “Yes – he confides laughing – there were those who called me grandfather, which I really am, but it seems to me that the name is used with tenderness”. Its modernity, on the other hand, translates into a markedly offensive game mentality: “We always want to play it, with everyone. In the belly of the stadium we have hung a sign:” It can be done “. It is our mantra. The players end up believing it. The others. they are better, but we find some flaws, and on those we have to beat to limit them. The big ones go to 120 and we stop at 98, maybe 100: but if we lower their value to 95, surpassing them in the race or in the tactics, maybe we win”. As happened in Turin against Juve and in Naples, not just any two teams.

Staying in Serie A, on Sportweek of tomorrow we bring you to the world of observers, essential for any club but often unknown to the public: how they work, how much they earn, who are the best at identifying new talents. Much more colorful and gaudy are the hair of the players: colored, shaved, gathered, according to patterns, geometries and references to comics (see Batman). The hairstyles in the field are increasingly sought after, evident and bizarre. Theo Hernandez and Pogba are the most chameleonic. The other fashion is that of tattoos that often tell about who gets them much more than many words: let’s take for example the tattoos that cover Mauro Icardi’s skin, one by one with all their meanings. On our magazine you will find, in addition to the usual, also a new column: the great yellow of football. Let’s start with Marco van Basten, who a year before going to Milan had been optioned by Fiorentina (and we also found that contract). Outside of football, we honor the snow season with a whatsapp interview with Elena Curtoni, a downhill racer with a passion for painting, and, in the men’s field, with a chat with Peter Fill, who explains the secrets of the legendary Streif, the more difficult and suggestive descent scheduled twice next week. He who triumphed in Kitzbuehel in 2016 says: “There are few who aim to win it. All the others try to save their skin”. And finally the Icon dedicated to the Greatest, Muhammad Ali, who would turn 80 next Monday.