The temptation of the mirage 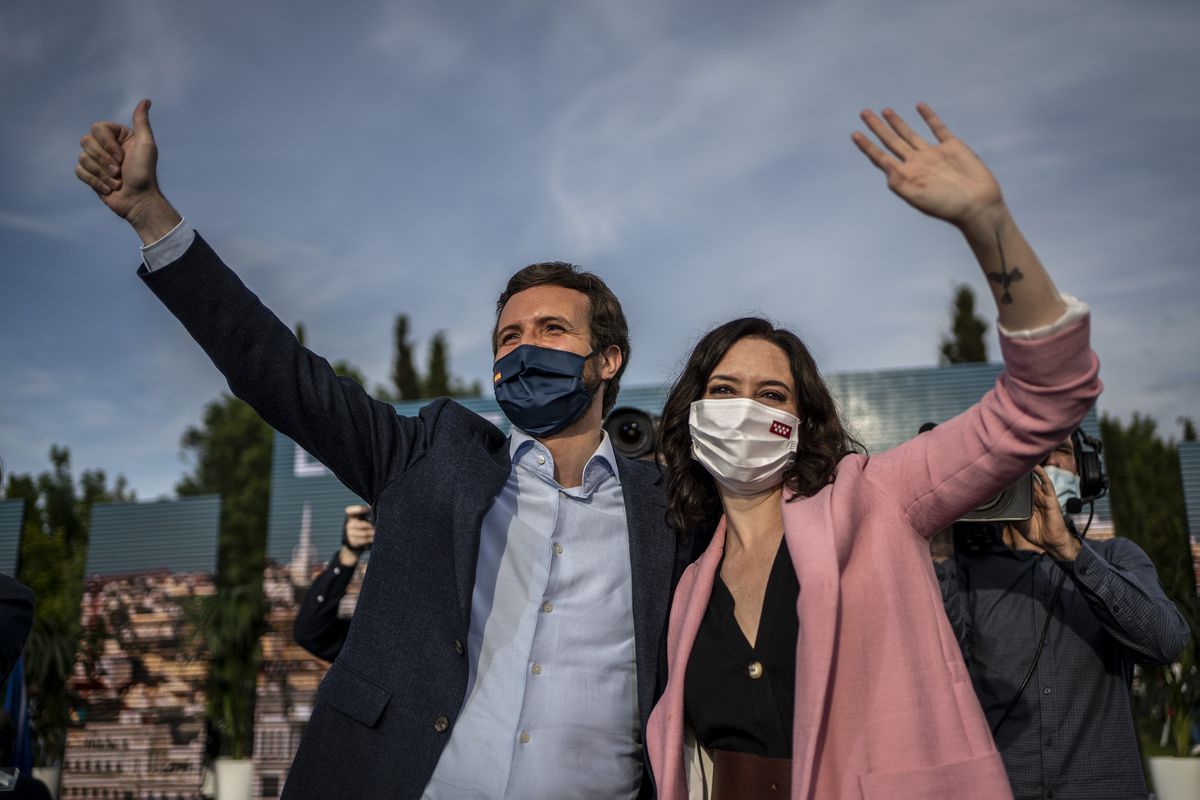 Have we trivialized Ayuso the same way that Trump was trivialized? Is Madrid full of the famous “deplorables”, as Clinton described the magnate’s voters? Does Ayuso represent the leap from politics to entertainment, consolidated in the US in 2016? Have the red lines of democratic consensus been so relaxed that a speech like Vox’s, thug and radical, is rewarded?

The truth is that the Ayuso phenomenon must be studied in the context of pandemic fatigue. Nobody like her has managed to capitalize on that tiredness and respond to it with nothing more and nothing less than a “Madrid-style” lifestyle, overshadowing any political proposal. Ayuso has done it by surfing the accountability for his management during the pandemic, with an explosive cocktail of terraces and neoliberalism from Chamberí, and directly confronting Sánchez. The right, in a volcanic phase before the elections against a stable left, turns the playing field upside down. The results confirm the erratic campaign of the PSOE, first trying to fish in the Cs fishing ground and then joining the Iglesias framework: “Democracy or fascism.” You cannot run two campaigns in one. The left-wing block also shows a touched Iglesias, a leader who maintains the type, but loses spark, and who has decided to accelerate his departure. Only Mónica García has known how to establish herself as a true antagonist of Ayuso, from that community of desires that projects a green Madrid, attentive to its public services, to the concrete, to the everyday. There is a new feminist left there, which resembles fresh drives that come from Europe. Against them, the conservatives have been skillful playing all their cards, placing their messages and creating a character halfway between politics and entertainment. All this serves to put the right on track under the leadership of the PP and destabilize and place the left in a zone of turbulence. Sánchez must take note of these results, also due to the increase in the vote to his left. But more important is that you reflect on your political proposal for the capital.

Madrid consolidates the blocism with a Cs that is in danger as a political center project (although it rarely exerted itself as such). And it opens the doors to a regrouping of the vote in the PP, doing a duet with Vox. Let us remember that this was Ayuso’s goal: to break with his liberal partners and embrace, if necessary, Abascal’s force. But Genoa would be wrong if Ayusismo ended up permeating the strategy of the general direction. The temptation of the mirage is great. There are many incentives to think that the Trumpian route builds majorities, that embracing Vox has no cost. But the truth is that Madrid is not Spain. Madrid sends a powerful message, but the part is not the whole, and the pandemic will pass. The political cycle is another. He talks about more state, tax increases, stripping populism, and above all, political projects. Beyond Ayuso’s terracism, what is Casado’s program for Spain?

From violence to calm in Jumilla

Crime Opera: the Butterfly Effect is now available on Xbox