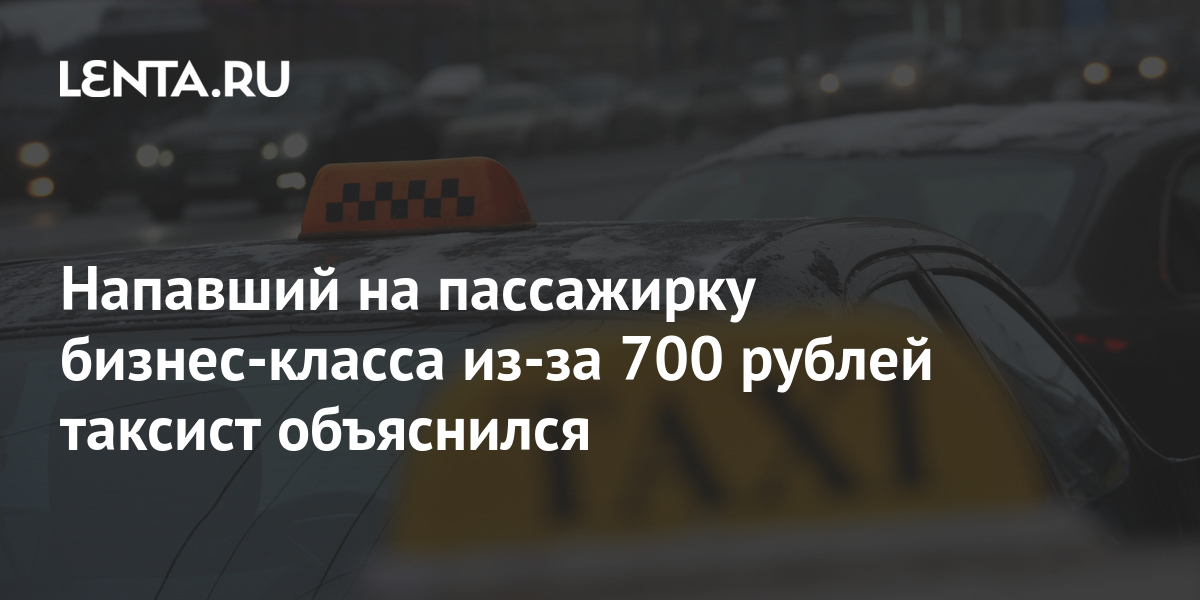 The incident took place on the night of June 5th. The driver demanded 700 rubles in excess of the initially declared amount of 2600 rubles for travel on the toll road. The girl refused to pay, which is why they had a conflict.

According to Jalilov, the passenger was aggressively upset from the very beginning. He warned her that the bridges were lifted and she would have to go on a toll road. The driver assured that, according to the rules of the service, such a route is paid additionally by the passenger. Then the girl began to speak aggressively and “went personal.”

“I succumbed to emotions, I agree, this is my joint that hit her phone so that she would not take pictures. Because before that she told me that she would now call the police and file a statement that I wanted to rape her, ”he explained his actions.

Earlier, a 28-year-old resident of St. Petersburg turned to the police with a statement about rape in a taxi. According to her, this driver had given her a lift several times before. The girl said that two men who “clearly knew the driver” got into the taxi. One of them held her hands, and the other raped her.