The Taliban controls the capitals of three new Afghan provinces 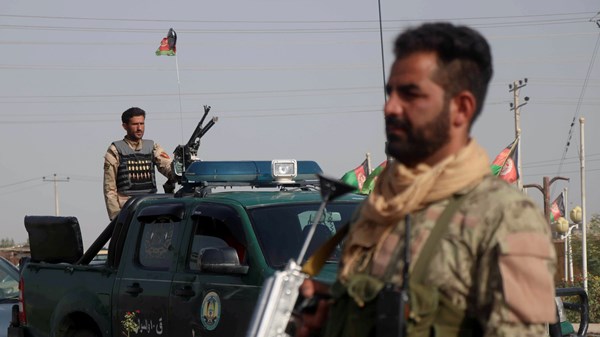 The Taliban movement has taken control of the capitals of three other provinces in Afghanistan at a time when its battle has moved to the cities after seizing most of the countryside in recent months.
The group has captured as many as five state capitals since Friday in a swift attack.
Representatives, security sources and residents confirmed that the cities of Kunduz, Sar-e Pol and Taleqan in the north fell with a difference of a few hours between one state capital and another on Sunday.
A resident of Kunduz spoke of “complete chaos” in the city.
Baroena Azimi, a women’s rights activist in Sari Pul, said by phone that government officials and remaining forces had withdrawn to barracks located about three kilometers from the city.
A member of the provincial council, Muhammad Hussain Mujahidzadeh, said the Taliban “besieged” the compound.
Then came the turn of the city of Taleqan on Sunday, when one of its residents told AFP by phone that he saw security forces and officials leaving the city in convoys.
A security source confirmed, “We withdrew from the city this afternoon. Unfortunately, the city is completely in the hands of the Taliban.”
The city of Kunduz is the Taliban’s most significant gain since it launched an offensive in May as foreign forces began their final withdrawal from the country.
It has always been a target for the Taliban, whose fighters overran the city in 2015 and again in 2016, but without ever succeeding in controlling it for a long time.
The Defense Ministry confirmed that government forces were fighting to retake key facilities.
“Special forces launched a clearing operation. Some areas, including the National Radio and Television buildings, were cleared of Taliban,” it said in a statement.
Later, the ministry’s spokesman, Mirwais Stanekzai, stated that reinforcements including special forces had been deployed in Sari Pul and Sheberghan.
“These cities that the Taliban want to control will turn into their cemeteries,” he added.
On Friday, the movement took control of the first provincial capital in Afghanistan, the city of “Zarang” in the state of Nimroz, and seized the next day, Sheberghan in the northern state of Jawzjan.
There were reports of battles on the outskirts of Herat (west) and Lashkar Gah and Kandahar (south).
The pace of progress made by the Taliban was a surprise to the government forces, but its members received a dose of support late on Saturday, after US warplanes bombed Taliban positions in Sheberghan.
“US forces have conducted several air strikes in defense of our Afghan partners in recent days,” Central Command spokeswoman Major Nicole Ferrara said in Washington.