The Taliban control a third of Afghanistan: 13 districts conquered in 24 hours 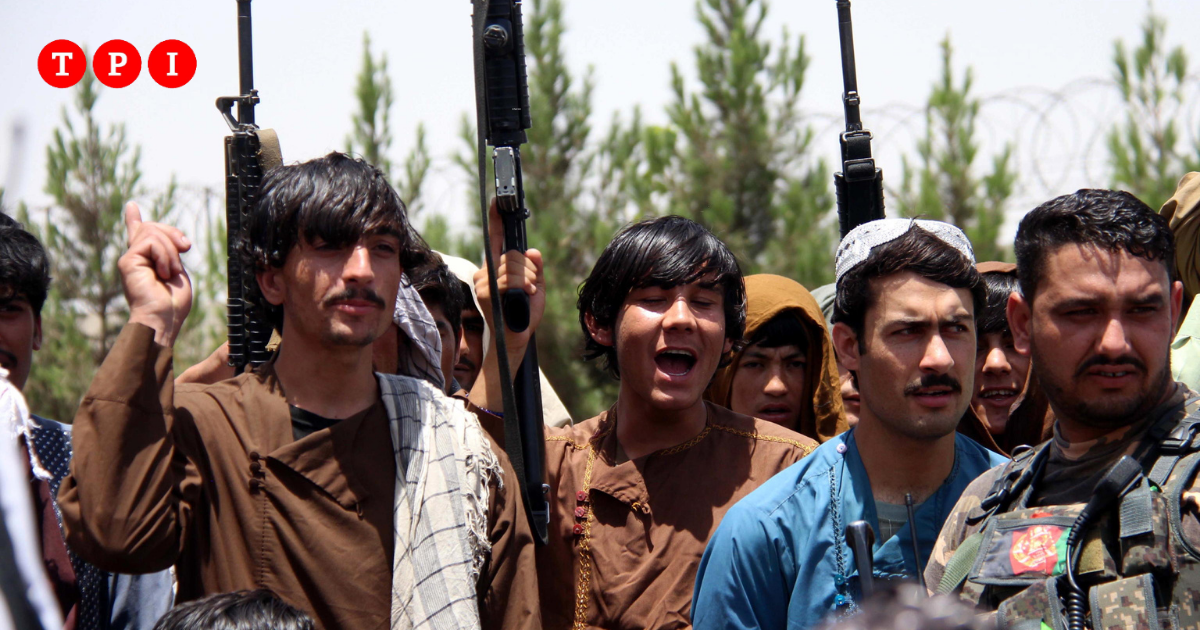 The Taliban control a third of Afghanistan: 13 districts conquered in 24 hours

The advance of the Taliban in Afghanistan continues, having controlled about a third of all the districts of the country from which the United States intends to withdraw by 11 September, at the end of a war that lasted 20 years.

In recent days, the militiamen have reported significant conquests in the north of the country, coming to occupy most of the territory of the north-eastern provinces of Badakhshan and Takhar, historically controlled by the forces that resisted the Taliban regime in the 1990s.

The Taliban offensive prompted more than 300 troops from Afghan government forces to cross the border into Tajikistan over the weekend. Yesterday, the State Committee for National Security of Tajikistan declared that the authorities welcomed the Afghan soldiers “guided by the principles of humanism and good neighborliness”.

According to the Associated Press, the Taliban now control about a third of the country’s 421 districts, 13 of which were captured in less than 24 hours between Friday and Saturday. While they have not yet taken any provincial capitals, their movements seem to indicate that they are awaiting the withdrawal of international forces to enter these cities, according to the UN Special Envoy Deborah Lyons to the Security Council in June. , many of which have already been surrounded. In April, US President Joe Biden announced that all US soldiers will leave the country by September 11, exactly 20 years after the attack on the Twin Towers that led the US to intervene in Afghanistan to overthrow the regime. of the Taliban, accused of supporting the al-Qaeda terrorist group led by Osama bin Laden.

Twenty years later, the Islamist militiamen are ready to regain control of the country, relying on about 85,000 fighters according to NATO estimates, the maximum since 2001, when the intervention of the international coalition led by the United States forced them to leave Kabul.

To counter them in recent weeks, President Ashraf Ghani has called to arms the militias that had fought the Taliban in recent decades, calling for a “united front” to “save the republican system”. A choice criticized by some observers for the risk of further delegitimizing the weak government in Kabul and exacerbating ethnic tensions, and which so far has not paid off.

According to a member of the Badakhshan provincial council told the Associated Press, many members of the militias fought with little conviction, while in several cases the forces of the regular army abandoned the provincial districts to the Taliban without even fighting. Islamist militiamen have in the past released videos showing them greeting Afghan soldiers who surrender, offering them money to be able to return to their homes. Taliban spokesman Zabihullah Mujahid confirmed the seizure of the districts in Badakhshan, stating that no fighting took place in most of them.

The Taliban movement, which originated in the early 1990s in the Pashtun-majority areas of southwestern Afghanistan, first came to occupy Kabul in 1996 after overthrowing the regime of Burhanuddin Rabbani, one of the mujahideen commanders who resisted the invasion of the USSR in the 1980s, originally from Badakhshan itself. During its five years of existence, the so-called “Islamic Emirate of Afghanistan”, led by Mullah Mohammed Omar, was formally recognized only by Pakistan, Saudi Arabia and the United Arab Emirates.

Once in government, the Taliban imposed extremely restrictive laws especially for the rights of women and minorities, based on an uncompromising interpretation of Sunni Islam, banning girls over the age of 10 from going to school and forcing women to wear the full veil, or burka. In addition to banning television, music and cinema, the regime has also introduced public executions for those convicted of adultery and imposed the amputation of those convicted of theft. Six months before the intervention of the international coalition in Afghanistan, the decision of the Afghan government to destroy the 1500-year-old Buddha statues of Bamiyan, because they were used in the past as “idols by infidels”, had aroused international outrage.

The withdrawal of the United States, which left the Bagram military base last Friday 2 July, considered the heart of the US intervention in Afghanistan, has removed the last obstacles to the advance of the Taliban, which, according to an intelligence analysis in June, could take Kabul within six months of the US military’s departure.

Italy held a flag-lowering ceremony in Herat to celebrate the end of the twenty-year presence of Italian soldiers in the country on Tuesday 8 June, handing over the Camp Arena base, which had 800 men at the beginning of the year, to local security forces.