The Taliban about to form its government, as the West discusses a future relationship 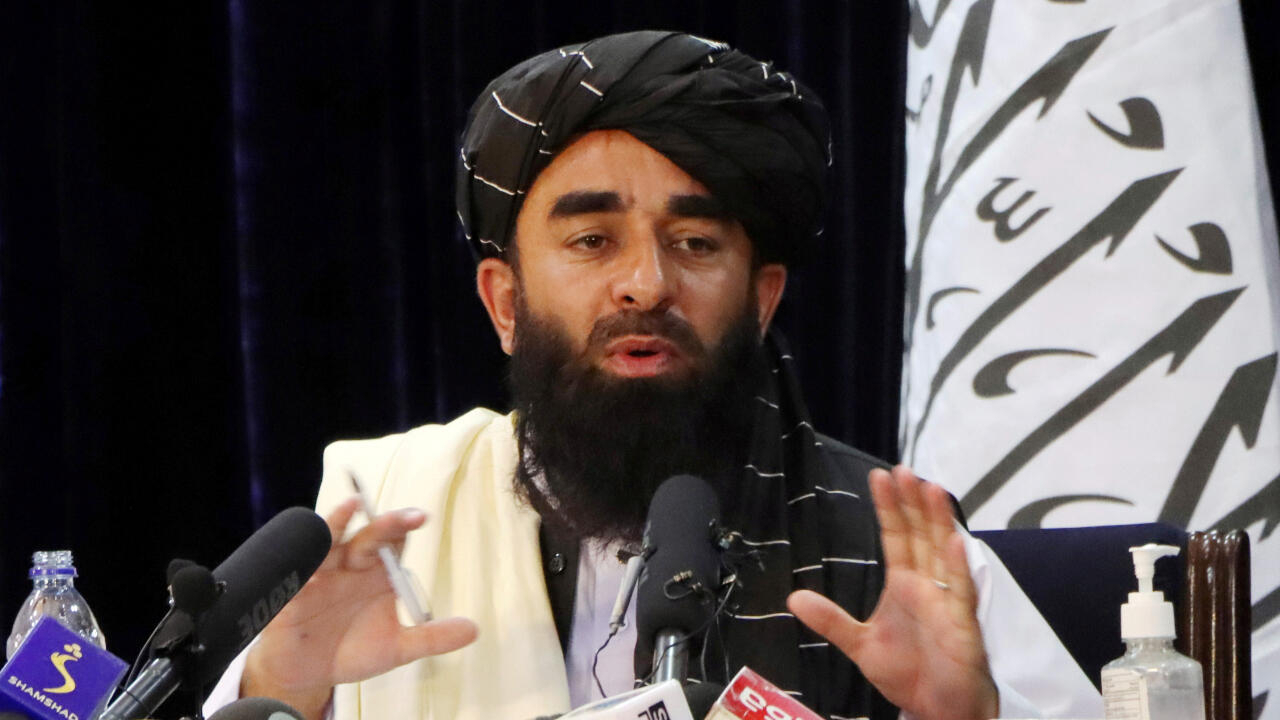 The Taliban announced that preparations have already begun to announce what their new government will look like. Although at first, countries like the United States and members of the European Union rejected an Administration at the hands of the Taliban, now they seem to come closer because they see it as a possible ally to complete the evacuations and to fight the Islamic State. For its part, the United Kingdom recognized “the need for a direct relationship.”

There are only a few days left until it is known how the new Afghan government led by the Taliban will be formed, according to the spokesman for the fundamentalist group, Zabihullah Mujahid. On the other hand, Taliban official Ahmadullah Muttaqi said that a ceremony was being prepared at the presidential palace in Kabul.

Since taking control of Afghanistan, the Taliban promised that it would rule with the different ethnic groups in the country and now it remains to be seen how it will include them. What is known so far is that the group’s supreme leader, Haibatullah Akhundzada, would have final power over a new governing council and there would be a president as second-in-command, according to what a senior Taliban official told Reuters. in the middle of August.

If so, the group would be using a form of government similar to the one they applied between 1996 and 2001, when they led the country with radical compliance with Islamic Sharia law. During that time they also had a council that was not elected by the citizens.

In addition to the training that he chooses nationally, the other side of the coin of what may happen politically in the future is on the side of the international community. And it is that during the war, the country has depended to a great extent on foreign investment decisions, aid from other nations and foreign exchange reserves. And everything indicates that this panorama will not change anytime soon.

Although the Taliban has said it wants a fully functioning financial system, it has not specified how it will provide the necessary liquidity. This could be more difficult if the Afghan central bank board succeeds in having the US Treasury Department and the International Monetary Fund limit the Taliban’s access to the more than $ 10 billion in assets held by the Da Afghanistan Bank. and that they are mainly outside the country.

Without resources, the economic crisis could get even worse. The Fitch rating agency estimates that Afghanistan’s economy will contract 9.7% this year and by at least 5.2% in 2022.

The former Minister of Finance of Afghanistan and one of the politicians who are currently talking with the Taliban, Omar Zakhilwal, explained to the chain “Sky” the position that group could have in relation to the economy and international countries.

“(The Taliban) may want to keep it all to themselves, but we know that they understand the greatness of ruling here and the difficulty they would face if they did it alone. They also understand that if the last 40 years show us anything, it is that the monopolization of power is not going to be sustainable. And they themselves were an example of it. So we are bringing both the past and the future and also the need for international recognition from any future government, particularly that the Afghan economy is so dependent on foreign aid, “he said.

That is why the Taliban has not closed the doors to the international community or foreign investment. In fact, the group has claimed that it wants to have a good relationship with the United States. On the other hand, Western countries have conditioned their negotiations with the new Afghan government on the group’s human rights behavior.

The Taliban: a rival of the western powers that could be the new ally against the Islamic State

However, both Western nations and their Asian neighbors need to build diplomatic bridges with the Taliban. The first reason is to seek a safe exit for the thousands of people who are still in Afghanistan and who, in some way, have collaborated with foreign countries. That is the main reason why the UK has already started talks with the Taliban in Qatar.

And increasingly the British are willing to have a political relationship with the fundamentalist group. From the Qatari capital, Doha, the British Foreign Secretary, Dominic Raab, affirmed this Thursday that despite the fact that his government does not recognize a Taliban administration, they see “the need to be able to have a direct relationship” with them. Raab added that the British will judge the Taliban “by their actions, not their words.”

The other big reason foreign nations are closing in on the new Afghan government is because it may be their only ally in facing the enemy they have in common: the Islamic State group.

Even the United States, which was the country that led the 2001 invasion of Afghanistan primarily to defeat and oust the Taliban, does not rule out the idea of ​​an alliance. The president of the US Joint Chiefs of Staff, General Mark Milley, raised this Thursday that it is “possible” that his country tries to coordinate with the Taliban counter-terrorist attacks in Afghanistan against Islamic State militants. And he added: “In war you do what you have to do to reduce the risk of the mission and the force, not what you necessarily want to do.”

For its part, the European Union has yet to decide whether or not to formally recognize the Taliban government. Anze Logar, Foreign Minister of Slovenia, the country that currently holds the EU presidency, explained that the designation of the Taliban as a terrorist organization by some EU states meant that recognition was not just a diplomatic issue, but also legal.

“We are far from even addressing this issue,” Logar told Reuters on Wednesday, adding that “it is likely” that the heads of state of the community will discuss this at the two EU summits scheduled for October, in Belgium and Slovenia.

Regardless of whether or not there is recognition, some countries of the bloc want to maintain their military participation in Afghanistan, as raised by Germany this Thursday at the meeting of the EU’s foreign and defense ministers.

The proposal of this country, one of the strongest military powers in Europe that normally chooses not to send troops abroad, is that the community bloc have a rapid reaction force to be deployed in cases where it is needed. His idea is that the EU does not depend on the United States, as happened in Afghanistan.

The EU’s foreign policy chief, Josep Borrell, agrees with this position and puts pressure on the bloc of 27 to create a “first entry force” with around 5,000 soldiers. Although this is not yet final, as it must first be approved by the majority of the EU members.

Kabul airport, a key point in international relations, would restart operations this Friday

And while the political relations of the new Taliban government are being debated abroad and within Afghanistan, this group has made progress in opening Kabul’s Hamid Karzai international airport. Its importance is vital as it is the main entry point for foreign humanitarian aid and the exit door that could guarantee the travel of those who want to leave.

This Thursday, Ahmadullah Muttaqi, one of the Taliban officials, posted a video on Twitter showing the first flight of the Qatar Airlines airline arriving at the airport in the Afghan capital.

In addition, ‘Al Jazeera’ affirms that the Afghan civil aviation will resume domestic flights from this Friday, but that it could still take a while to start international travel.

The reactivation of the airport has been done in large part due to the technical advice that Turkey has provided to the Taliban, analyzing the damage to the airlift and helping it to start operating again.