The suspect of killing eight people in Atlanta, seven of them women, assures the police that he has a “sexual addiction” 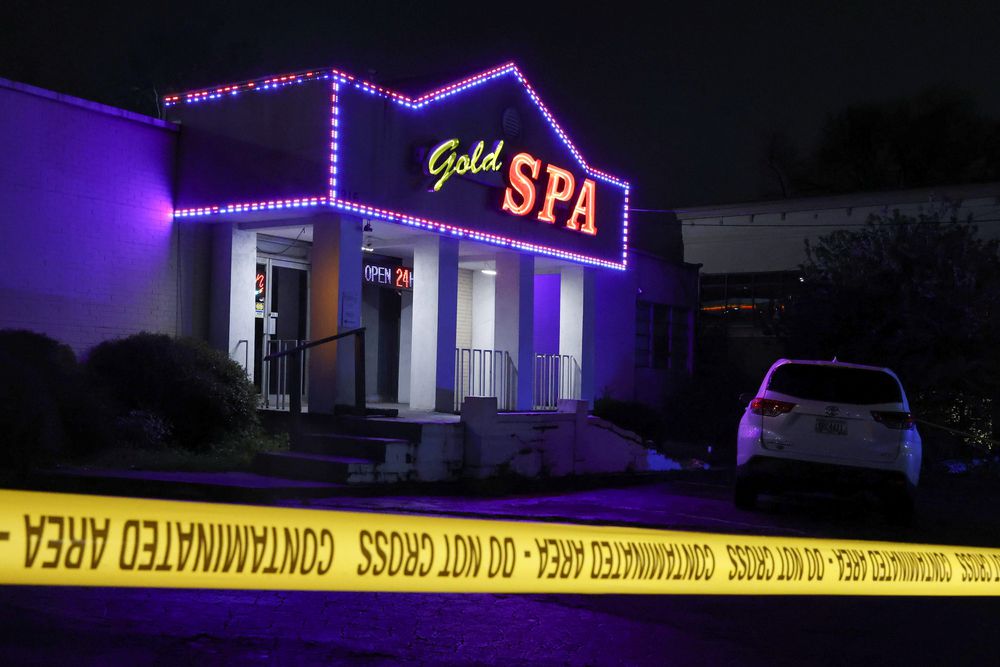 Eight people, seven of them women and six of Asian origin, have been killed in attacks with firearms on three massage parlors in Atlanta (Georgia, United States) this Tuesday night. A 21-year-old white male, identified as Robert Aaron Long, has been arrested hours later in the southwest of the state, 240 kilometers from the capital, according to police. The agents, who were alerted by the suspect’s own parents, who believed that their son could be involved, assure that Long acted alone. The Georgian authorities explained this Wednesday morning that it is too early to say whether or not the attack is a hate crime, and they have pointed out that the suspect indicated to the police that he has a “sexual addiction.”

The police have assured that Long has confessed to being the author of the attacks, but that he has denied a racist motivation. He explained, according to the police, that he was a frequent customer of massage establishments, which he saw as “a temptation for him that he wanted to eliminate.” When he was arrested, officers explained, he was heading to Florida to carry out more similar attacks. The police have not clarified whether the establishments attacked were places where sexual services were offered.

“He assures that it was not motivated by racism,” explained Jay Baker, sheriff of Cherokee County, where one of the attacked establishments is located. “Apparently he has a problem, which he considers to be a sexual addiction.”

After the first attack, the police considered that the motivation had been theft. But after the succession of shootings in several establishments, some media began to point out that there could be a racial motivation in the murders, given the Asian origin of at least six of the victims. At least four of them are of Korean descent, according to has confirmed the Ministry of Foreign Affairs from South Korea already this Wednesday. “Right now there is a lot of fear and pain in the Asian-American community that must be addressed,” said the Stop AAPI Hate group on Twitter, created by the increase in episodes of racist discrimination against the Asian-American community during the coronavirus pandemic. “We are in a place where we have seen an increase in hate crimes against Asian Americans since the pandemic began,” said Georgia State Congresswoman Bee Nguyen. “It is difficult to think that the attack is not specifically directed at our community.” Sheriff Baker assured in a press conference that they are still trying to establish the motive and that “nothing is being ruled out.”

The first shooting occurred shortly before five in the afternoon, local time (ten at night in mainland Spain) in a salon known as Young’s Asian Massage, located in a commercial area 50 kilometers north of Atlanta, in the county Cherokee. Four people were killed in that first attack: two of them died on the spot and the other two, in the hospital. A fifth victim, a male of Hispanic origin, was injured in the shooting. Among the deceased there are three women, two of them of Asian origin.

Shortly after, around 5:45 p.m., four other people were killed in two attacks on two rooms located on the same block in the city of Atlanta. Police officers went to the first of them, the Gold Spa beauty salon, after being alerted to a “robbery in progress.” Upon arrival, they found three women with gunshot wounds, police chief Rodney Bryant told reporters in statements collected by Reuters. While investigating the incident, officers received a new notice to go to an aromatherapy spa across the street, where a fourth woman was found dead, Bryant said. According to Atlanta police, all four were of Asian descent.

Authorities have noted that there are video footage linking the suspect to the three crime scenes. The police issued an alert with the description of Long and the license plate of the vehicle involved in the attacks, which served to locate the alleged perpetrator of the shots in the south of the state, according to the Cherokee security forces. The arrest came after a road chase involving Georgia State Police and Crisp County officers.

The White House press secretary, Jen Psaki, has assured that President Joe Biden “has been informed during the night of the horrendous shootings.” Secretary of State Antony Blinken, who is in South Korea this Wednesday, has offered his condolences to his South Korean counterpart, Chung Eui-yong. “We are horrified by this violence that has no place in the United States or anywhere,” he said.

Police commanders from various large cities in the country, such as New York or Seattle, have announced that they will increase the protection of their Asian-American communities. The counterterrorism unit of the New York Police Department has assured in a tweet that it is “monitoring the attack of Asian-Americans in Georgia” and that it will be deployed by their communities of that origin in an “abundance of caution.”

How the blockade of the Suez Canal looks from space