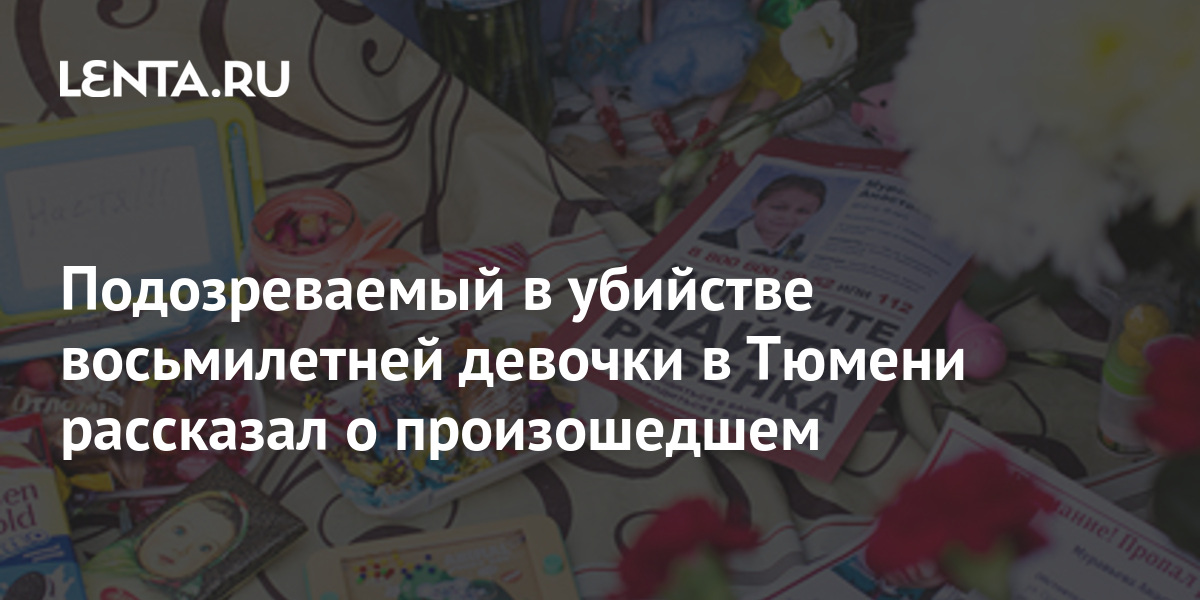 The suspect in the murder of eight-year-old Nastya Muravyova, raped and strangled in Tyumen, spoke about the incident. The words of the detainee lead Telegram-channel LifeShot.

According to the channel, 40-year-old native of Surgut Vitaly Berezhnoy claims that he was intoxicated when he killed the schoolgirl.

On that day, according to him, he brought her to a rented apartment, where he moved out from his wife a month ago after a quarrel. The next morning, when I sobered up, I found the girl’s body in the bathroom. Berezhnoy added that he decided to cover up his tracks and did not even understand how many days had passed since the murder.

According to one of the versions of the investigation, the suspect is a serial killer – a “maniac with an electric wire.” He may be involved in the disappearance of nine children who have disappeared in the region since 1997. They were all raped and killed. The victims had a slight squint and lived in areas that were considered disadvantaged. According to investigators, the maniac left his mark at all crime scenes – an electric wire.

Afghanistan: Bundeswehr flies out the first people – thousands of US soldiers in action at the airport

Úrsula Corberó: “You don’t always feel like stopping to chat with people. You are not in a good mood every day either “