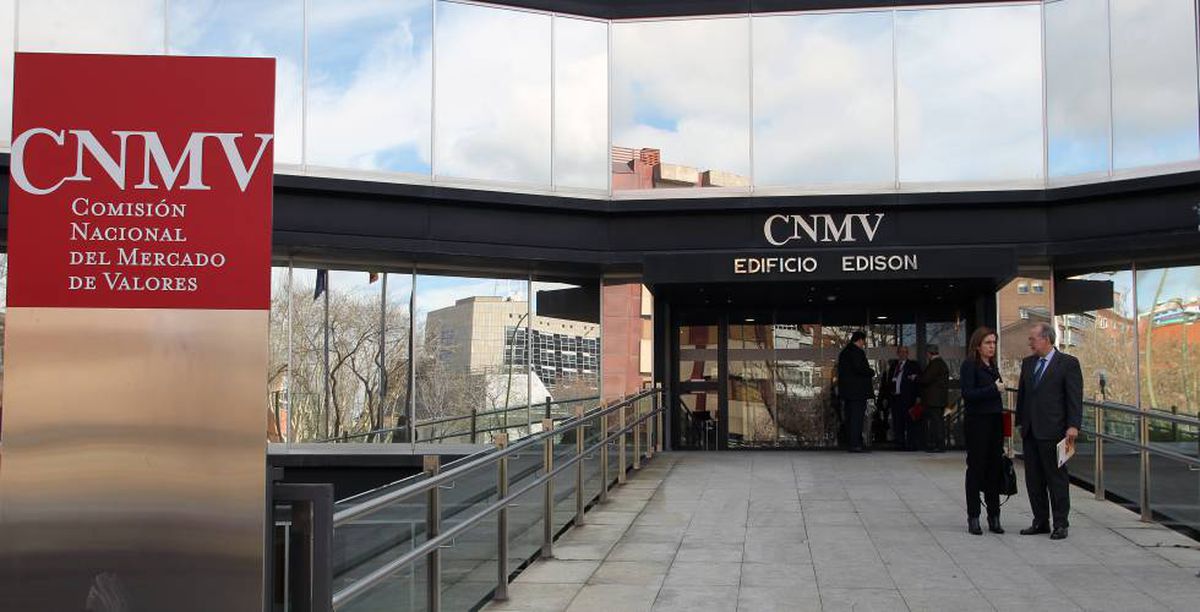 The Supreme Court has ruled for the first time on the ability of the National Securities Market Commission (CNMV) to prohibit bearish bets on the Stock Market. And it has done so by endorsing the market supervisor. In a ruling published on July 7, the Litigation Chamber rejects the appeal of Renaissance Technologies, a hedge fund or high-risk fund, against the fine imposed by the CNMV for failing to comply with the veto to increase its short position in Liberbank’s capital.

The Supreme Court ruling puts an end to a long legal battle between Renaissance, based in New York and which appealed the fine first before the National Court, and the body now presided over by Rodrigo Buenaventura (although the sanction dates back to his predecessor, Sebastián Albella ). After the Banco Popular resolution, the pressure from the most speculative investors focused on Liberbank, betting that it could be the next piece to fall. In this context of great volatility for the Asturian entity’s price, the CNMV decided to veto short sales on its capital. The ban began on June 12, 2017 and ended on November 21 of that same year when the bank completed its capital increase for 500 million euros.

A year later, in November 2018, the stock market supervisor fined Renaissance Technologies 150,000 euros, after raising its net short position in Liberbank during the veto period from 0.38% to 0.42% of capital. The argument of the sanction is that the movements made by the hedge fund represented a “very serious infraction” typified in article 286.6 of the Securities Market Law.

The US fund, in its appeal, argues that its conduct was not included in the prohibition because it did not create new bearish bets on Liberbank in that period and that the increase in the net short position (difference between downward and upward investments in a company) was due to the fact that it reduced its long position “through operations of contracts for difference or CFDs”.

However, the Supreme Court does not buy the Renaissance Technologies argument. “It is an uncontroversial fact that said company, during the period of validity of the prohibition, carried out operations that implied a reduction in its long position with respect to its Liberbank shares, consequently increasing its net short position on said shares,” it argues. Judge. In addition, it recalls that the measure adopted by the CNMV not only referred to the prohibition of short sales on the bank but also to those operations whose effect was to confer an advantage in the event that the price of the shares of the entity decreases. financial “This advantage is obtained not only by directly increasing the short shares but also by reducing their long position, since in the latter case the financial loss that implies maintaining positions that bet on the increase in value of said shares is avoided,” he recalls sentence.

During the most convulsive phase of the financial crisis unleashed after the bankruptcy of Lehman Brothers, the CNMV, in coordination with other European supervisors, for several months vetoed shorting (betting down) on listed Spanish securities. The objective was to reduce the extremely high speculation that existed in the market since the downward pressure, especially in bank prices, generated greater volatility, sinking its value on the stock market and posed a clear threat to the stability of the financial system. This drastic decision was repeated when markets panicked in March 2020 with the outbreak of the Covid-19 pandemic around the world. The supervisor put on hold any short movement in 69 companies between March 16, two days after the declaration of the state of alarm, and May 18.

The CNMV, in different studies and public pronouncements, has recognized that the prohibition of short selling is an exceptional temporary measure that must be administered wisely if it does not want to generate harmful side effects for the market. In fact, in the presentation of the annual report for 2020 in the Congress of Deputies, the body led by Buenaventura, left this reflection. “The rule allows this measure to be adopted to preserve financial stability and investor confidence at times when there is turbulence that can translate into disorderly price movements. But this action can also affect the efficiency of the markets, that is to say, a prohibition of this type can reduce the speed at which prices are adjusted to the available information and deteriorate some liquidity measures ”.

What does bearish trading consist of?

In 1949, the magazine Fortune commissioned the sociologist Alfred W. Jones an investigation to try to predict the behavior of the stock market. As part of his study, Jones decided to combine long and short positions in the same fund, that is, to bet both on the rise in the stock market and on its decline. Thus, hedge funds or hedge funds were born. Over time, this vehicle, which originally tried to protect the assets of savers from market fluctuations, has become more sophisticated and developed different investment strategies. Among its most speculative operations are short selling. Broadly speaking, this strategy consists of the following: a fund manager believes that a company’s stock market value is going to fall and wants to profit. To achieve this, he borrows shares of that company from another investor for a specified period of time and in exchange for a commission, and sells them on the market with the idea of ​​later buying them back at a lower price, returning them to their owner and earning the capital gain.