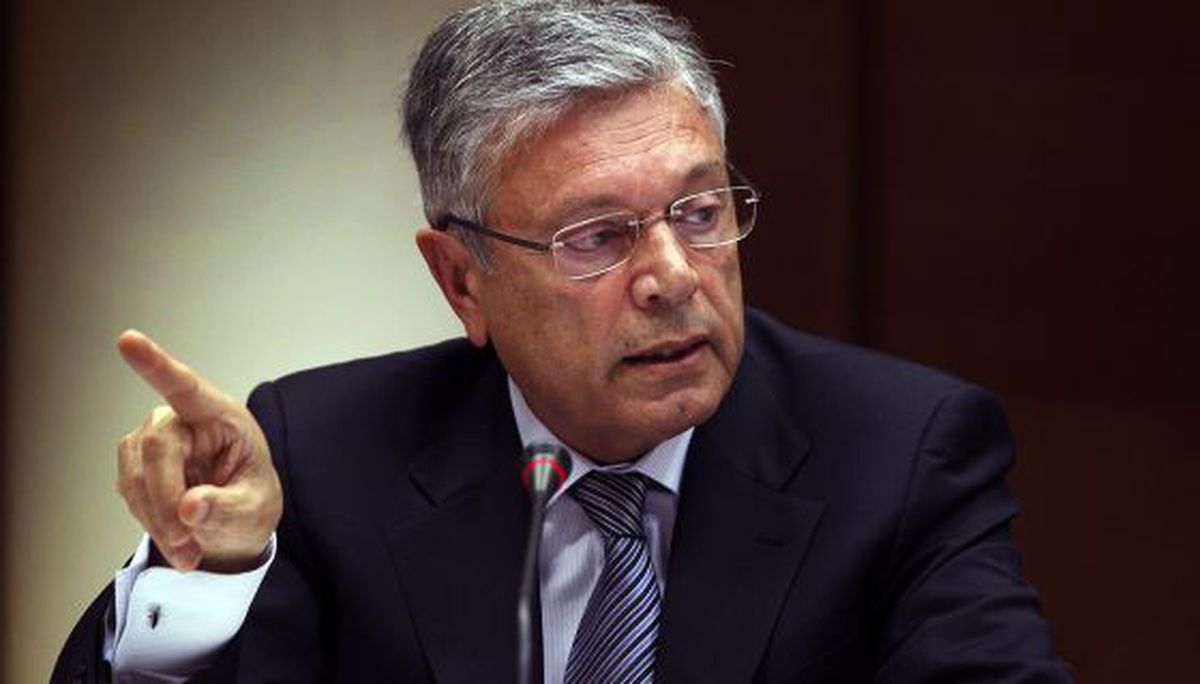 The Supreme Court has ratified the sentence that the Alicante Court imposed on the executive leadership of the extinct Caja Mediterráneo (CAM) for allowing the former president of the entity, Modesto Crespo, to illegally collect 600,000 euros of allowances in two years for a charge that it had to be “honorary and gratuitous.” The sentence confirms the conviction of Roberto López Abad, former director general of the Alicante fund, and four former directors as perpetrators of a crime of aggravated misappropriation. However, the ruling reduces the prison sentences and the financial fines imposed by the Alicante Court in 2018. Crespo pleaded guilty at the trial and was sentenced to nine months in prison and a fine of 9,000 euros, in addition to committing to the return of the 600,000 euros in three years.

The sentence estimates part of the appeals presented by those convicted and reduces the sentence of López Abad from two years and six months in prison to two years, who must also pay a fine of 31,500 euros, 16,500 euros less than in the initial sentence, and He is disqualified from the exercise of any banking activity during the time of the sentence, according to the Supreme Court ruling, to which EL PAÍS has had access. The four convicted executives, José Forner, Antonio Gil-Terrón, Luis Esteban and Martín Sevilla, have also seen their criminal sentences reduced from one and a half to one year in prison, as well as their respective fines, which have passed 21,000 euros. at 13,500 euros. All of them are also disabled.

The process revolves around the structure set up by López Abad and part of the CAM board of directors so that Crespo would preside over the company Tinser Cartera SL, without any activity but with a considerable economic remuneration of 300,000 euros per year. During the two years, from 2009 to 2011, that the former president of the entity remained in charge of Tinser, in the Alicante bank “a ruse of corporate engineering or abuse of the legal entity was articulated to circumvent the clear statutory prohibition, to collect a money in exchange for a merely representative work that was by definition free and honorary, ”says the Court.

According to the sentence, Crespo did not make “any labor contribution, dedication, work, service or any real activity” at the head of the CAM investee, for which he considers that “the allowances were absolutely unjustified in relation to the work actually carried out that it was non-existent ”. In addition, his position at the command of Tinser, for which there was an alteration of its governing body, “lacked any real economic-commercial justification and did not imply a material modification in the way of managing the entity,” continues the Supreme Court. “In fact,” he adds, “there was no physical council meeting.”

The magistrates of the Criminal Chamber of the High Court consider that Crespo’s appointment operated “solely and exclusively as an excuse or screen to formally cover up the unjustified receipt of amounts by the entity, hiding what was actually an appropriation of funds of the company, which were extracted from the social patrimony to incorporate it into the personal accounts ”of the former president of the CAM. Thus, the condemned devised a “way of proceeding” that “circumvented the statutory prohibition” that “imposed the honorary and gratuitous nature of the position of president of the CAM, as well as the rest of the governing bodies” of the box.

The ruling also indicates that the strategy consisted in the creation of a “governing body ad hoc for the illegal collection of exorbitant allowances “, which multiplied by four what is stipulated in the CAM Remuneration Commission, which” do not respond to any consideration “and that Modesto Crespo” would never have been able to collect formally “from the cash register. That is to say, that under “a cloak of formal appearance of legality”, a plan was hatched to pay the president of the CAM a very high remuneration, illegal, as prohibited, and unjustifiable. A payment that the Court classifies as “quasi-salary from the moment of his appointment using the fraudulent subterfuge of an investee company”.

This stratagem was, concludes the Supreme Court, “a concerted criminal idea of ​​the president of the CAM and the general director, as well as the remuneration commission and the secretary of the council”, which ended up allowing Modesto Crespo to unjustifiably collect an illicit and disproportionate perception . “The payment”, the ruling continues, “concealed something different and distinct from the collection of a mere allowance for assistance in an instrumental society without the capacity for strategic determination or autonomous surveillance, and that something different was the payment of merely protocol work within the the CAM, and, consequently, violated the statutory prohibition, being therefore illegal ”. “The favorable acceptance of the proposal”, continues the document, “implied tacitly adhering to the plan”, with which the defendants caused “damage to the entity” already disappeared, after being intervened by the Bank of Spain on 22 July 2011 and awarded months later for one euro to Banco Sabadell.

Road accidents Intoxicants are not suspected of having played a role in the Espoo safety road accident, in which a child of primary school age died - Technical Board finds out whether the intersection could be improved

J Balvin on Faraón Love Shady: “He represents his country in his own way”